People torched houses, shops, vehicles, and a petrol pump, and hurled stones at each other in several areas in Northeast Delhi. 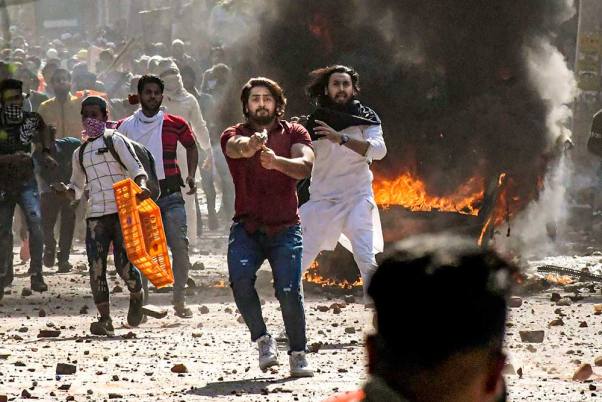 A protestor brandishes a pistol during clashes between a group of anti-CAA protestors and supporters of the new citizenship act, at Jafrabad in north-east Delhi.
PTI Photo
Outlook Web Bureau 2020-02-25T12:24:41+05:30 In Photos: Violence Rocks Northeast Delhi As Pro And Anti CAA Groups Clash

Violence raged through Northeast Delhi for the second day on Tuesday as pro and anti-CAA protesters clashed. Seven people, including at least one policeman, were killed in the violence on Monday. (Catch live updates on Delhi violence here)

People torched houses, shops, vehicles, and a petrol pump, and hurled stones at each other in several areas in Northeast Delhi, including  Jaffrabad, Maujpur, Chandbagh, Khureji Khas and Bhajanpura.

Around 50 people, including several paramilitary and police personnel, were injured on Monday's violence. 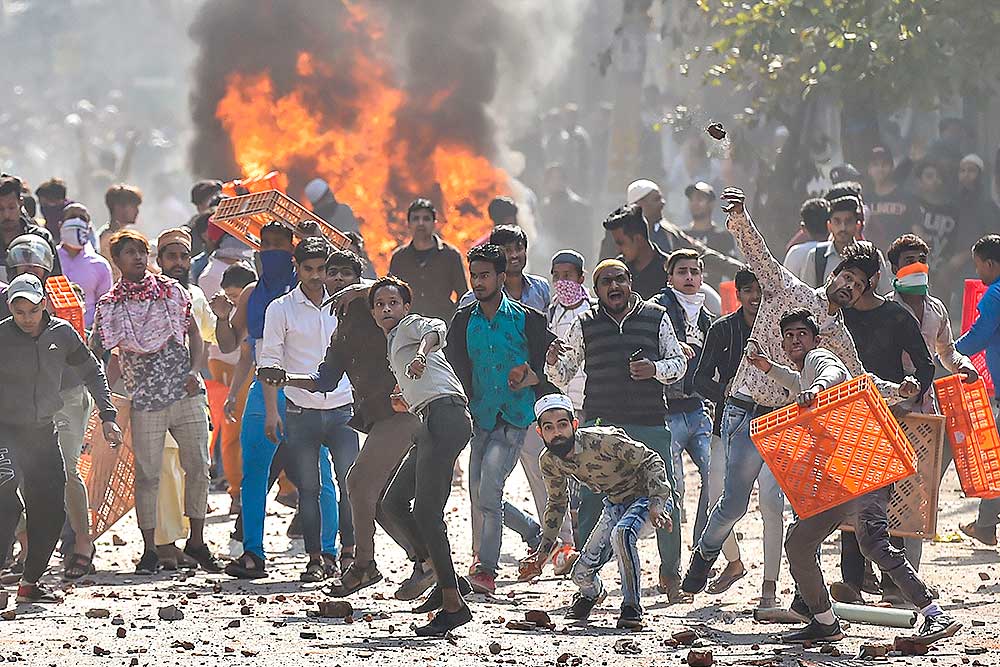 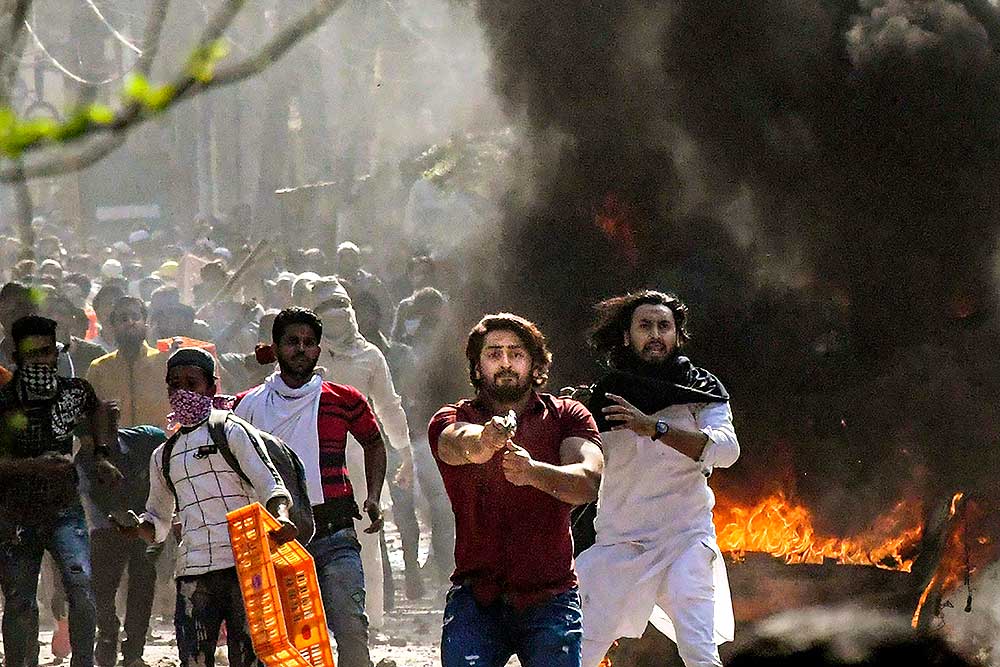 A protestor brandishes a pistol during clashes at Jaffrabad. He was seen walking up to a Delhi Police personnel. He then walked away and fired a few rounds in the air. (Photo: PTI) 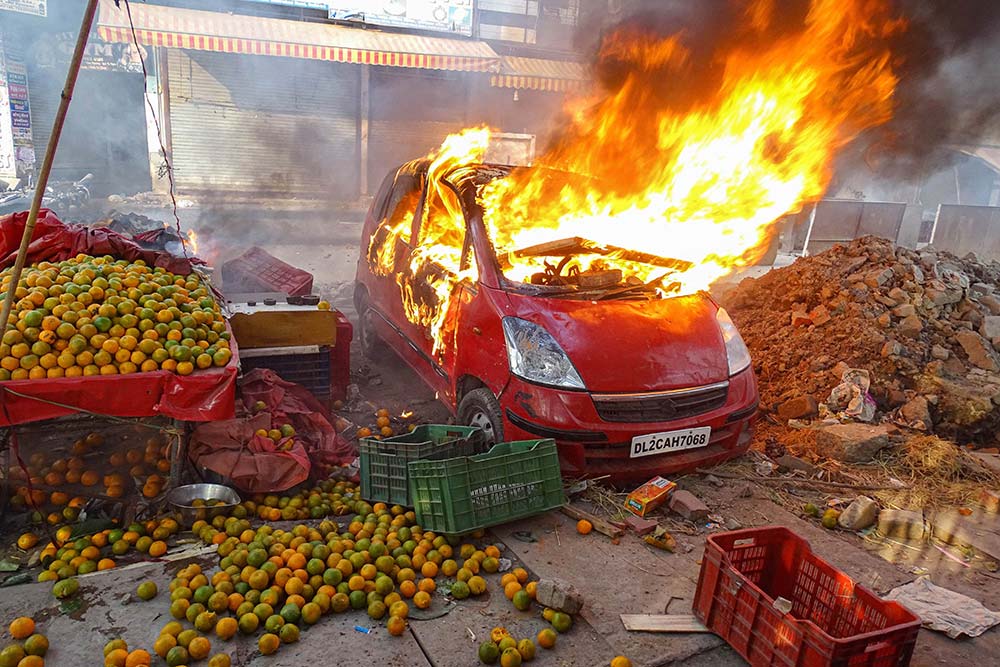 A car in flames near a vandalised fruit shop at Chand Bagh where two groups clashed as well. (Photo: PTI) 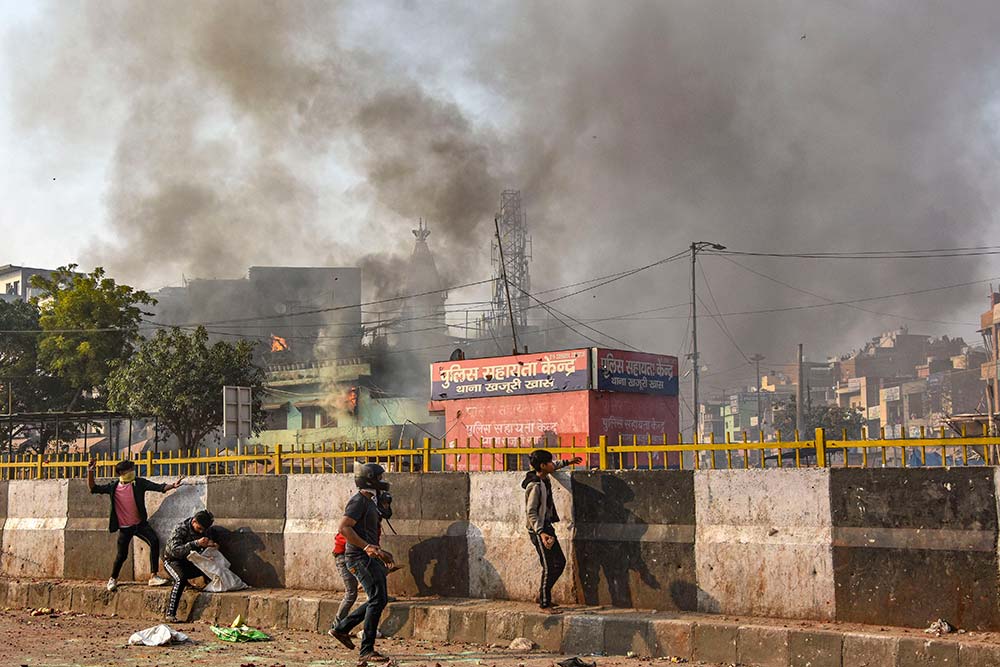 Protestors throw stones at Chand Bagh in Bhajanpura, where several incidents of arson and violence took place. Prohibitory orders under section 144 CrPC were imposed here along with other areas in Northeast Delhi. (Photo: PTI) 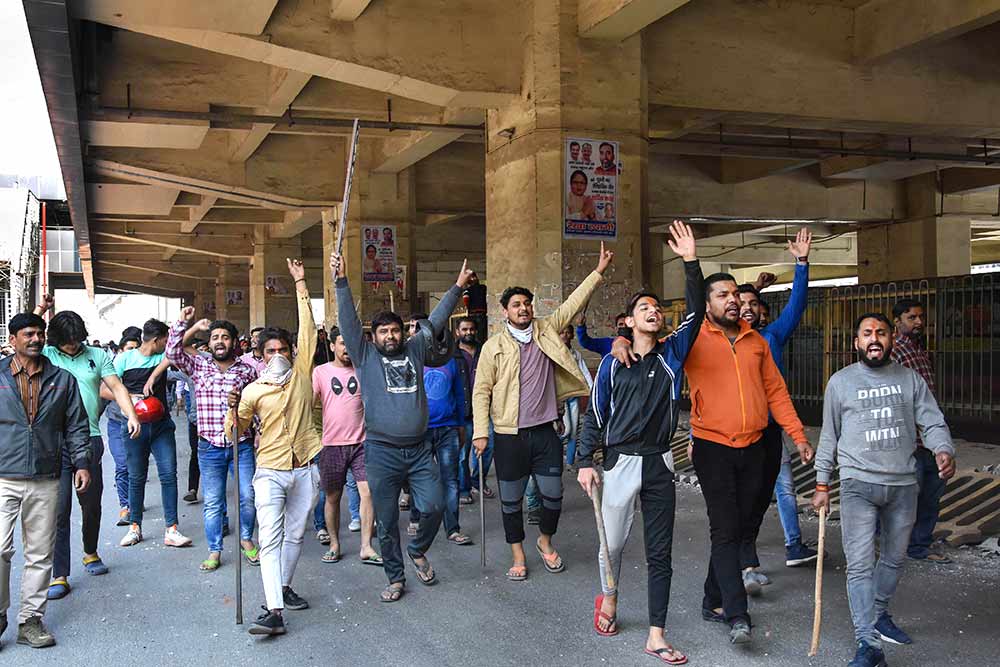 A group of CAA supporters arrives at Maujpur crossing in northeast Delhi where violence took place on Monday. (Photo: PTI) 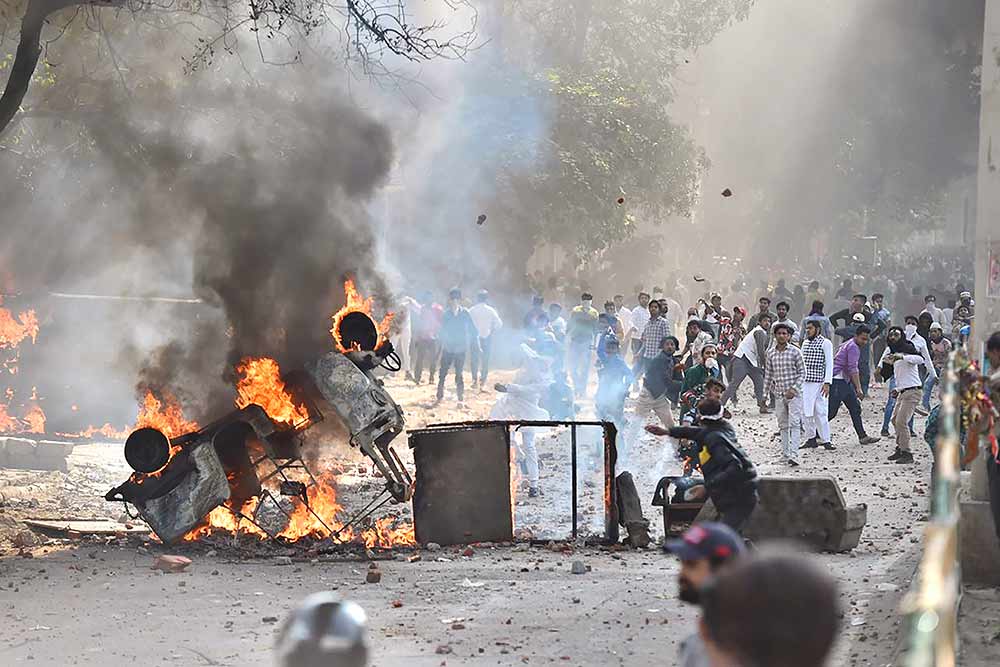 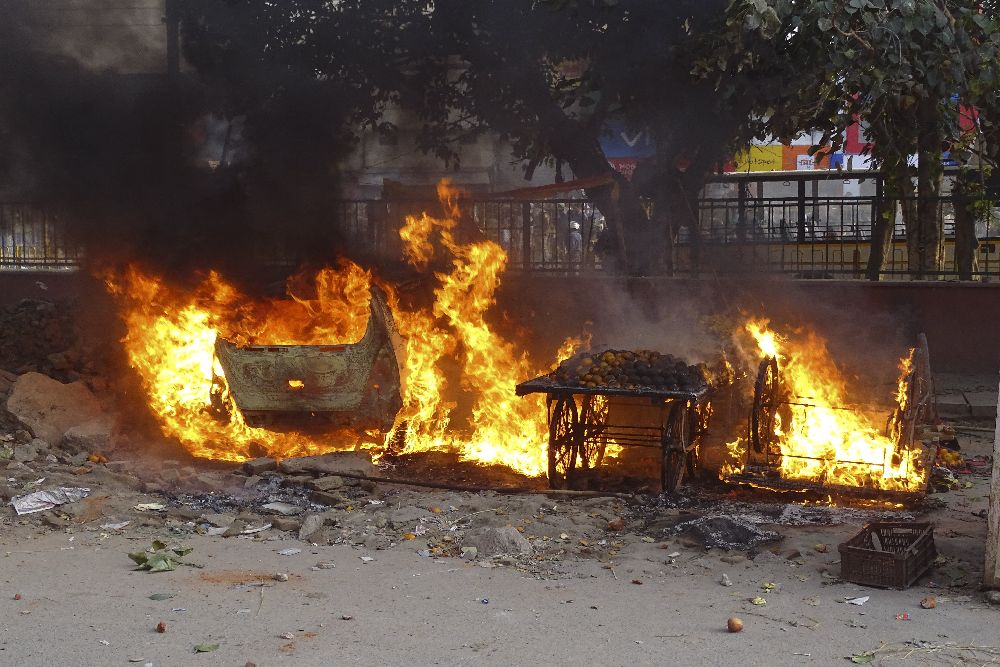 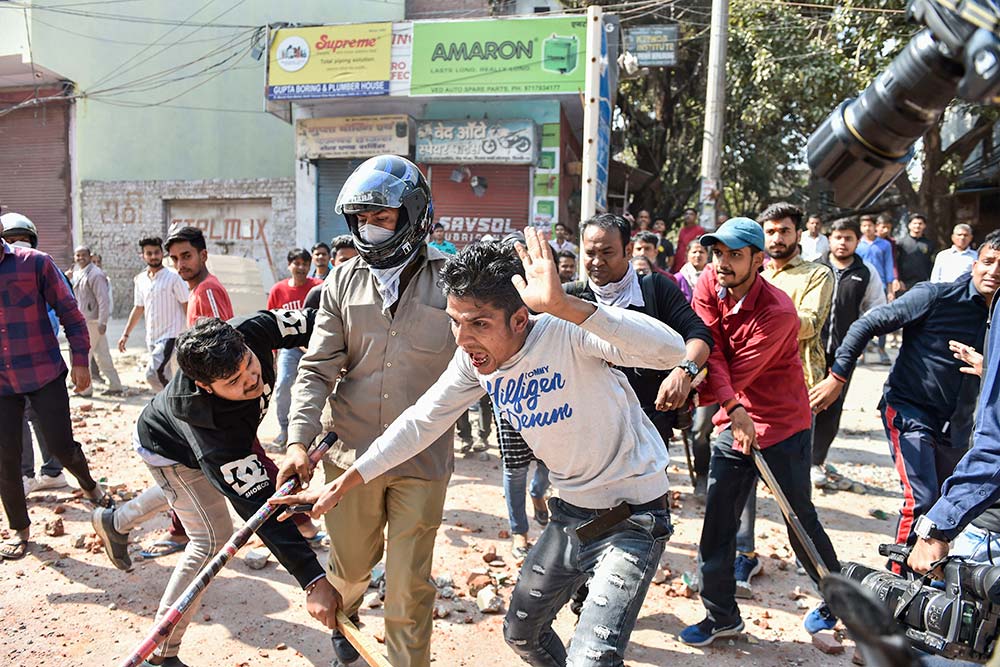 Members of pro and anti-CAA group clash with each other armed with sticks in Jaffrabad, which has become the eye of the storm since Monday. (Photo: PTI) 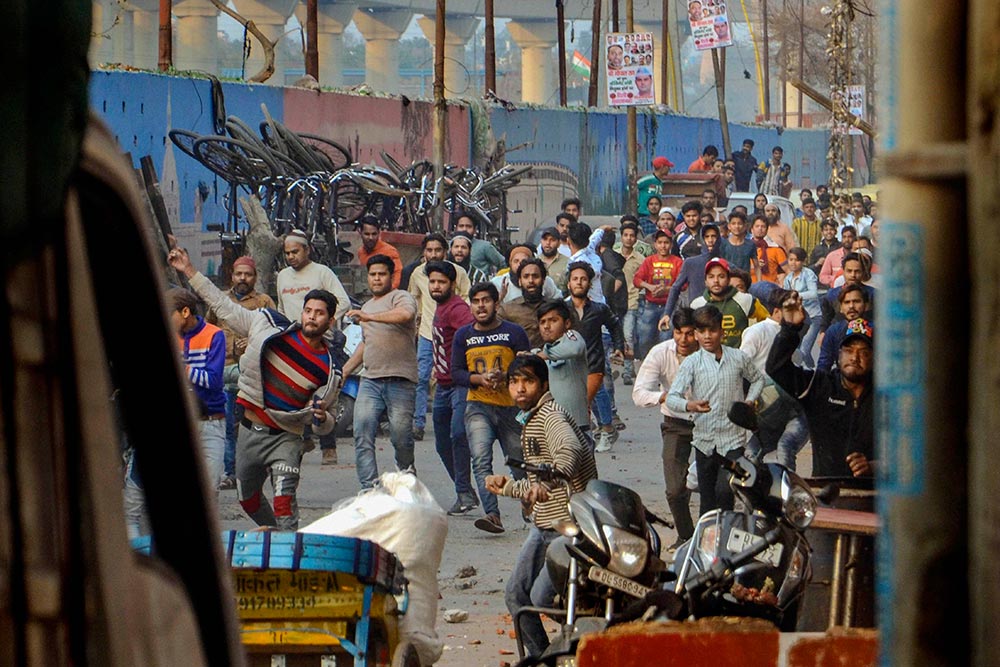 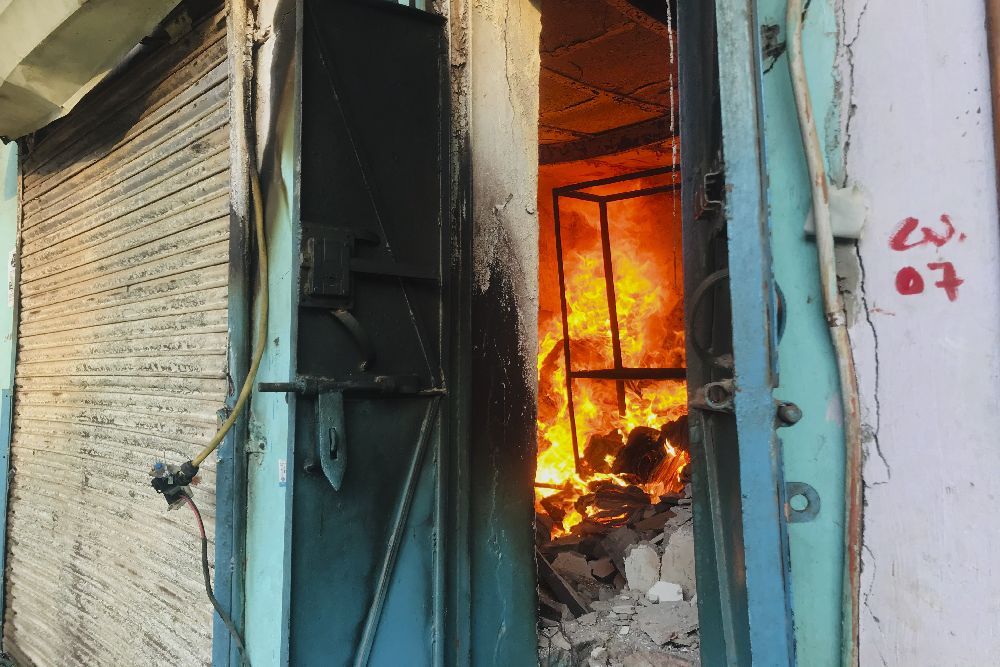 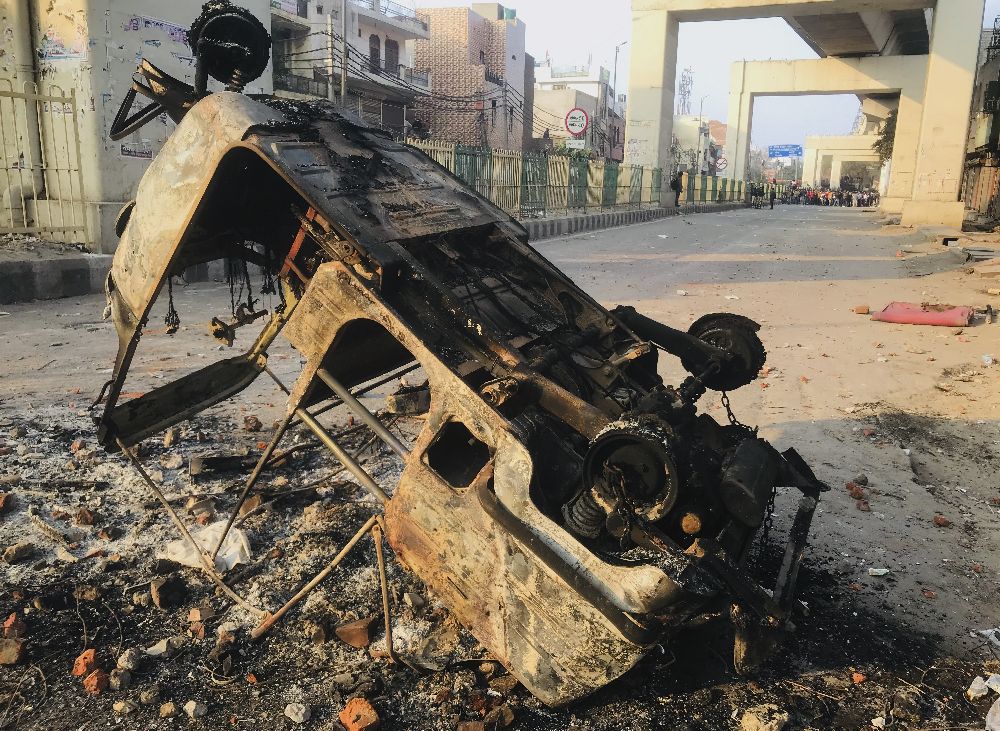 A car was vandalised in the area between Jaffrabad and Maujpur where violence erupted. (AP Photo/Al-emrun Garjon)