In Detention For 28 Days, Omar Abdullah Grows A Beard

Former Jammu and Kashmir Chief Minister Omar Abdullah is lodged at Hari Niwas in Srinagar, which has been turned into a sub-jail. 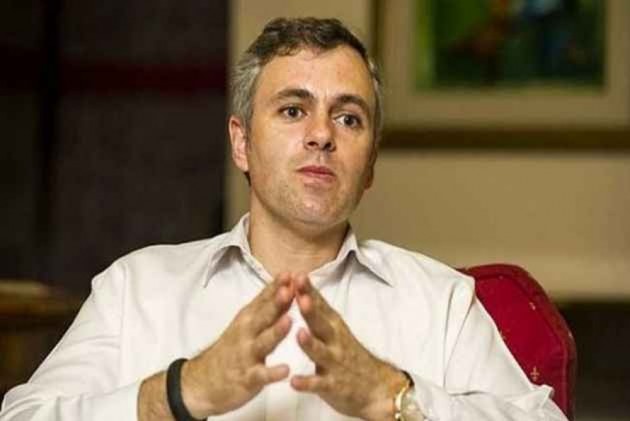 Does incarceration make you lazy and encourage you to change your outer look? It would seem so, at least in the case of Omar Abdullah, former Chief Minister of Jammu and Kashmir. Omar, in detention for 28 days, has grown a beard, according to a source.

Perhaps the hirsute pursuit of Omar may have been triggered by lack of adequate shaving material, or this may be his way of protesting. But the source did not know the reason why the clean-shaven politician had gone for a new look.

Omar is lodged at Hari Niwas in Srinagar, which has been turned into a sub-jail.

The source said that Omar takes a walk in the lawns of the sub-jail every morning and then remains inside for the entire day.

On Monday, family members of Omar were allowed to meet him again, according to the source. His sisters -- Safiya and Suriya -- met him following up on the visit by Safiya and her children on Friday. On Monday, Safiya had to wait for half an hour at the Deputy Commissioner’s Srinagar office for permission to meet the former chief minister.

The family members of the other former Chief Minister, Mehbooba Mufti, were also allowed to meet her. Mehbooba’s mother, Gulshan and Sister, Rabiya Sayeed met her at the tourism hut at Chesma Shahi, which has also been declared a sub-jail.

According to officials, family members of the detained politicians were allowed to meet them twice a week, after they approached the administration for permission.

Omar, Mehbooba and dozens of the mainstream leaders are in preventive custody since August 5, when the government abrogated Articles 370 and 35A of the Indian Constitution -- which provided a special status to Jammu and Kashmir -- and bifurcated the state into two union territories Jammu Kashmir and Ladakh.