Students alleged that Covid-19 safety protocols were not in place at several examination centres in different parts of the country. 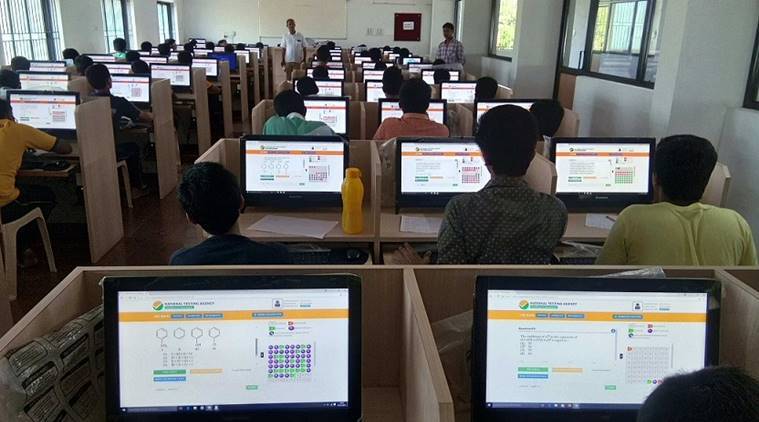 Cases of impersonation, technical glitches and total absence of Covid-19 safety protocols at some of the examination centres marked the National Aptitude Test in Architecture (NATA) which was held across the country on Saturday.

The Council of Architecture (CoA) conducted the online aptitude test at 218 examination centres across the country for 5-year B. Arch degree programmes offered by a total of 465 higher education institutes. A total of 30,000 candidates had registered for the test.

In view of the Covid-19 pandemic, the Council had given an option to the candidates to appear for the online test from home or their “respective place of stay” this year.

Several candidates and their parents questioned the authenticity of the examinations taken from home, alleging that the tests conducted in such a manner were not properly proctored.

“Candidates who opted for taking the test from home will surely have an edge over those who appeared from the examination centres as many of them managed to take help of the experts to clear the exam,” one of the candidates alleged requesting anonymity.

The standard operating system, notified by the Council for examination for home option, was allegedly not followed by the proctors properly.

“The designated proctors of the test were supposed to capture 360 degree view of the room using the camera of the laptop of the candidates taking the entrance exam from home. But, we heard, this was not properly done in many cases,” some of the candidates alleged.

Raj Oberoi, CoA Registrar, said two candidates, who were taking the test from home, were barred and blacklisted after respective proctors detected the case of impersonation.

“Action against them was taken immediately. In one of the cases, a female was caught taking the exam on behalf of a male candidate,” he told Outlook.

Oberaoi admitted that the Council has received some complaints about candidates resorting to unfair means while taking the test from home but insisted that adequate measures had been taken to ensure that no candidate took advantage of this option and resorted to any unfair means to clear the test.

“We have video recordings of the candidates taking the test from home. We are analysing them. Those who resorted to unfair means would not be spared. We will take action. We will not let any student suffer because of the mischief of others,” he added.

Students alleged that Covid-19 safety protocols were not in place at several examination centres in different parts of the country.

At one of the examination centres in Kakrola village, Delhi (Centre code 777), students and their parents claimed, thermal scanning of the candidates was not done as there was no device available at the centre.

Several candidates at this centre in Kakrola village also could not answer all the questions due to some technical glitches during the exam.

“Some of the candidates could attempt barely 50% of the paper. Following protest, authorities allowed six of those students to take the test once again. Others had by then left,” one of the parents said.

Technical glitches marred the online test at some of the examination centres in other parts of the country too.

At one of the examination centres at Trivedi College in Aligarh, candidates could not take all the questions due to power cut within half an hour after the test began. A group of agitated parents later lodged a complaint with the local police station accusing the authorities of negligence.

“They had no power back up for the test. Authorities kept all the candidates inside the dark examination hall for about three and half hours and later released them, saying examination could not be conducted because of power cut,” Nishant Varshney, one of the candidates father, said.

CoA Registrar said the council is looking into all such complaints and verifying the facts.

“We conducted the test at a total of 218 examination centres. And, we have received complaints from just 5-6 centres only so far. We are collecting all data. Unless we have the facts and figures, we cannot take any decision,” Oberoi said when asked if the Council will re-conduct the test.

The council conducts the NATA twice in a year. The second test is scheduled to be held on September 12.

Remembering M M Kalburgi: ‘Five Years Is A Long Period But There Is Some Hope Now’