Home  »  Website  »  National  » Interviews  »  'I Was Called Traitor And Jihadi': Activist Asif Iqbal Tanha On Being Imprisoned Under UAPA
Interview

Student activist Asif Iqbal Tanha tells Outlook why he feels UAPA is being used to silence voices of dissent, the future of the anti-CAA movement and the ‘mental torture’ he underwent in Tihar. 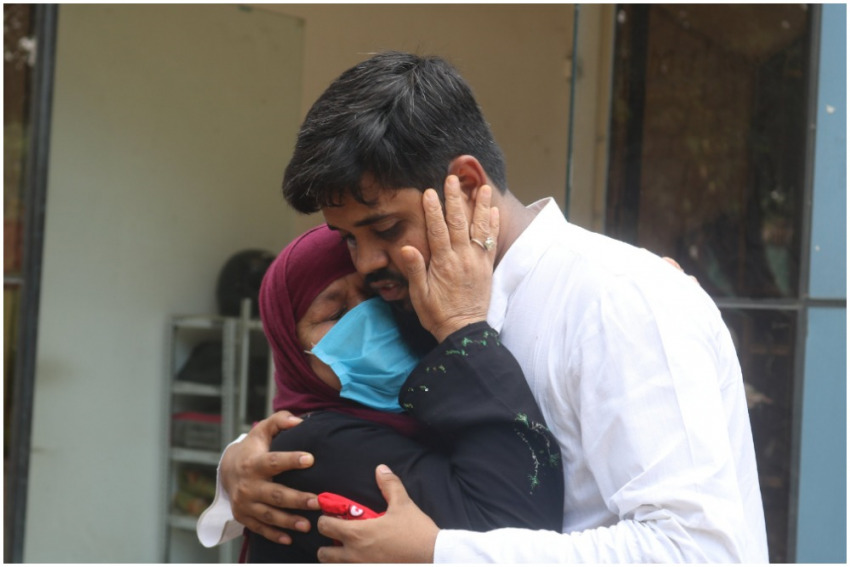 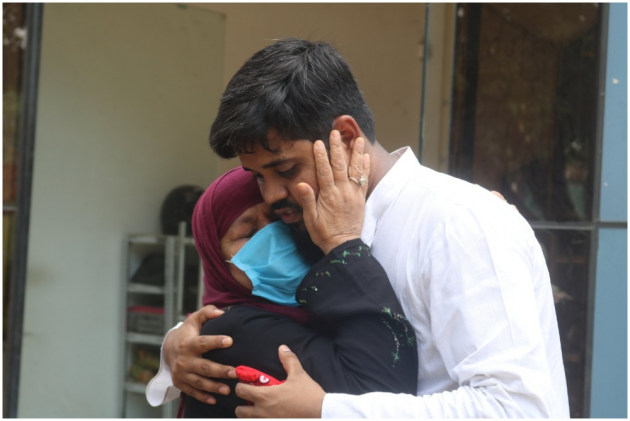 Student activists Asif Iqbal Tanha, Natasha Narwal and Devangana Kalita were released on bail on June 17 after being arrested under the Unlawful Activities (Prevention) Act in connection with the northeast Delhi riots in 2020. Before their arrest, the trio had actively participated in the anti-Citizenship Amendment Act (CAA) protests that occurred in Delhi in 2019.

While granting them bail, the Delhi High Court observed that the definition of a “terrorist act” was “somewhat vague” under the UAPA and that “the foundations of our nation stand on surer footing than to be likely shaken by a protest, however vicious, organised by a tribe of college students”.

In an interview with Outlook, Jamia Millia Islamia student Asif Iqbal Tanha discusses the Delhi HC judgment, the use of UAPA on activists and students, the future of the anti-CAA movement and the slurs he was subjected to while being imprisoned in Tihar. Excerpts:

We saw many heart-warming photos of you meeting your mother after your release. How did it feel to embrace her after so many months?

Ever since the anti-CAA protests began in Delhi in December 2019, I was away from home. Then, I was arrested in May 2020, and I was in jail for 13 months.  Meeting my mother after all these months was a very emotional moment for me. In fact, finding her here in Delhi was a total surprise. My friends had planned her trip to the city secretly without informing me. I was released late in the evening on June 17. That night I spoke to my family in Jharkhand, including my mother on video call but I had no idea that she would visit me in Delhi the next day.  Both she and I could not hold back our tears when we saw each other.

The mask you wore when you were released read “No CAA-NRC”. We heard you designed it while in jail. Tell us more about it.

Yes, I designed it in jail. One of my fellow inmates knew sewing. So, I bought a handkerchief and requested him to sew a mask out of it for me. Then I painted it with the message “No CAA-NRC” to wear it during my release. I wanted to put out a strong message to everyone that the anti-CAA movement is not dead.

Apart from you, many other student activists and anti-CAA protesters have been imprisoned under UAPA. What do you think about that?

I feel that the authorities are slapping UAPA charges on students, activists and journalists to silence voices of dissent across the country which is harmful to our democracy. Whenever anyone raises their voice against the government’s policies, they are charged under UAPA. While the law is meant to imprison terrorists and those who are a threat to the country’s unity, it is being used to silence those who are daring to look the government in the eye and question its policies.

We have the right to protest in India, even the Delhi HC judgment that granted us bail stated the same. Freedom of speech is enshrined in the Constitution and you cannot jail activists for exercising that freedom. They have used the UAPA to not only silence the anti-CAA protests but also to imprison other activists in the Bhima Koregaon case and journalists like Siddique Kappan, who was just doing his job.  I feel that the government and police think that the only way they can stop people from asking questions is by charging them under UAPA.

While granting you bail the Delhi HC noted, “In its anxiety to suppress dissent the State has blurred the line between the right to protest and terrorist activity and if such a mindset gains traction, it would be a sad day for democracy.” Do you think this judgment will cause the police to exercise restraint while slapping UAPA charges?

At the time of our release, the police were interrogating many of our friends and fellow activists. There were high chances of their arrest. Since the issuance of the judgment, however,  the government and the police are worried and concerned. Now the police are running out of options. So far, they were not thinking twice before charging people under UAPA, but now I think they will exercise restraint.

Ever since the law was amended in 2019, authorities have been rampantly slapping UAPA charges on activists.  But in cases of riots, be it in Gujarat or Muzaffarnagar, none of the culprits have been accused of terrorism or charged under UAPA.  The police are nonetheless using UAPA to hinder student activists. Ever since the law was amended, it became impossible for people to get bail. In fact, Natasha, Devangana and I receiving bail within 1.5 years of arrest is nothing less than a miracle.  So yes, this judgement provides a glimmer of hope to all those innocent people who are still locked up under UAPA. 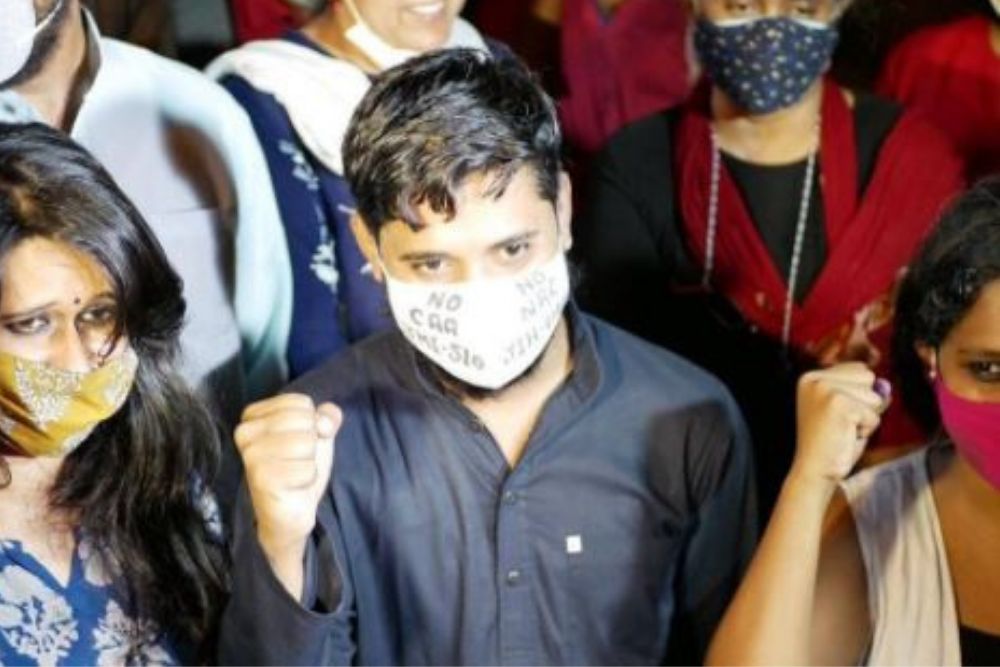 You have said there is a violation of human rights inside Indian prisons. Can you tell us a bit more about that and your experience of being jailed during the pandemic?

There is a tremendous amount of human rights violations inside our prisons. Prison authorities regularly violate the rights of inmates enshrined in the jail manual with impunity. And the pandemic has only made things worse. During the peak of the first and second Covid-19 waves, not even one per cent of the inmates were tested for the virus. Tihar jail was overcrowded, many people fell sick, many inmates reported numerous symptoms of Covid like fever, cough and cold but yet, they were not given proper treatment or tested. They were given generic medicines like paracetamol. They were not allowed to see doctors.

Additionally, there was no vaccination drive. Till the time I was released, not even 2 per cent of the inmates were vaccinated as authorities demanded inmates' Aadhar cards for vaccination. When there’s lockdown in different states, how will inmates’ families be allowed to travel from various towns and come to Delhi and provide Aadhar cards to jail authorities?

What kept you going through your days in jail?

My faith in the Almighty gave me strength and courage. Further, my family, friends and various organisations that fought for my release gave me tremendous hope. Also, only after becoming imprisoned did I realise that my family and friends have very high expectations from me and that if I lose hope, so would they. The love and support of my family, especially that of my mother kept me going.

Has the pandemic hindered the anti-CAA movement? What course of action will you and other anti-CAA protesters take now?

Though we had to leave the streets due to the pandemic, we have not abandoned the movement. The pattern of the protest has changed and now we have taken to social media.  And if the government makes any move to implement CAA or NRC, we will immediately respond. But the manner of our protest will be decided collectively. While our priority remains to protest against  CAA, we will also focus on fighting for the rights of protesters who have been wrongly imprisoned.

Do you have any message for other activists like you?

I think that the state is afraid of minorities because it is these communities that are trying their best to fight for their rights enshrined in the Constitution and they are unapologetically asserting their identity. When their rights are threatened, they take to the streets and when they do that, their voices are suppressed through UAPA.

But I just want to urge everyone who’s fighting the good fight, that there is no need to get scared. We should continue with our protests because without sacrifice there’s no revolution.
Every revolution, including our independence movement, required sacrifices, so for us now to fight for our country, to uphold the Constitution, and save democracy, we should unite and not be deterred.