I Want To Serve People Of Maharashtra Irrespective Of Their Caste, Religion: Urmila Matondkar

Actor-turned-politician Urmila Matondkar talks about her reasons for joining the Shiv Sena. 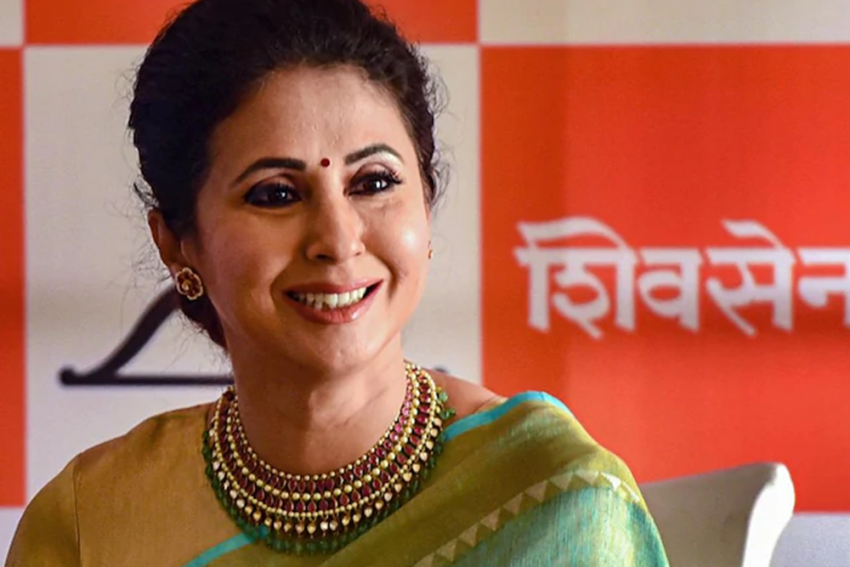 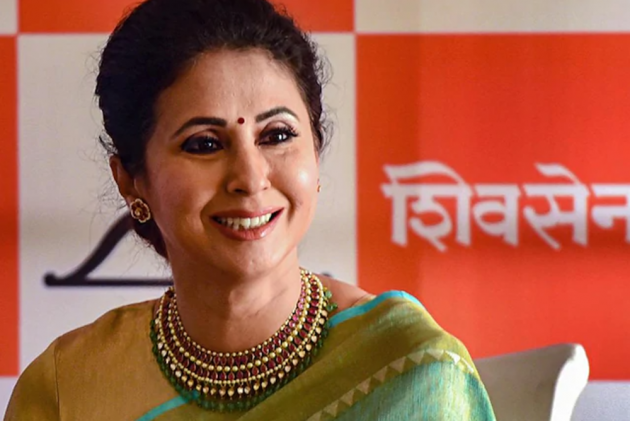 In an exclusive interview with Outlook’s Lachmi Deb Roy, actor-turned-politician Urmila Matondkar talks about her reasons for joining Shiv Sena and her political ideologies.

Q) What are your reasons for joining Shiv Sena?

When I quit the Congress, I said I am not quitting politics, but I was just quitting the party. I said I would continue to work for the people which I was continuing. Meanwhile, I was also looking at the way the Uddhav Thackrey government was handling the situation in Maharashtra in the past one year. They were thrown into a terrible year of debacles and difficulties which of course included Covid-19 above all. It also handled the difficulties of the farmers in the interiors of Maharashtra. So, along with Covid there were other natural calamities that Maharashtra had to deal with.  It was probably one of the most difficult years for Maharashtra.

I admired the way Uddhav Thackeray was holding on and running the government and he came across as an extremely able leader who will be taking everybody along and doing justice to the situation and the people of Maharashtra. So, when I got a call from him asking me to join MLC. He also suggested that Maharashtra which has always been a state which has led the rest of the country on many levels like intellectually and culturally and socially in terms of the social reforms etc. He said that if people like me come to the Vidhan Parishad that will be a beautiful thing for the government and the people of Maharashtra. That struck a chord and I felt that made sense to me because of the kind of work that I was already doing for the people of Maharashtra, now I can do it on a much larger and bigger level if I am supported by a party because if you get party’s support and people’s support on a bigger level, then you are able to do better work.

Q) You quit Congress, what were the reasons behind it?

It’s surprising that the way people are asking that question as if I have quit Congress 14 hours ago. I quit Congress about 14 months ago. It’s been over a year that I have quit it, I don’t want to go into the details of it now because I don’t want to give flak to Congress leadership. I still have a lot of regard for Sonia Gandhi and Rahul Gandhi and in Maharashtra people like Balasaheb Thorat. But there were definitely issues that I went through a post-election process which were very disheartening and extremely discouraging as a newcomer who needed a lot of support, which I didn’t get at that time from the party.

Q) Political ideologies that you like about Shiv Sena…

I come from an extremely socialist and secular kind of a background. But I feel the whole meaning of “Hindutva” has somewhere lost its whole meaning and it’s been used so callously and carelessly that it seems that people have kind of forgotten the meaning of it. Being secular doesn’t mean that you will have complete disrespect or hatred towards religion or god or any religious rituals. It just means co-existence. Words like “Hindutva” have been used in such a bad light by certain people to serve the vested interest of certain people. Hindu dharma is not just a religion, it’s a way of life. It teaches you to lead your life and take it to the best part of yourself. It’s always been a religion of tolerance and universal acceptance. It has always been all inclusive and Hinduism I would say is the most tolerant of all the religions of the world. But unfortunately, that whole concept has been taken and made into “this is not Hindutva vs that is not Hindutva”. And people have also come up with strange concepts like hard Hindutva and soft Hindutva. All these things have no meaning and what I want to do come from co-existence of all religions. When I was in Congress also, I believed that my religion doesn’t teach me to hate other religions. It teaches me to respect my religion above all. If you see the way Maha Vikas Agadhi and Shiv Sena have dealt with issues of Maharashtra, I think that itself is self-explanatory. I want to serve the people of Maharashtra irrespective of what caste, language or religion a person comes from. That has been my simple philosophy and I am not going to back off from it. That is something that I always stood by and will always stand by in the future even if I am in a strongly Hindutva-oriented party.

Q) How happy are you being a part of the Shiv Sena’s women’s wing?

I am extremely happy to be a part of Shiv Sena in general because of Shiv Sainik and the women of Shiv Sena because that is the biggest strength of Shiv Sena. Fighting social injustice in any part of Maharashtra is my aim and that is what I intend to do being a part of this party.

There is no scarcity of the issues that I am going to fight for. The government at the Centre is only concentrating on everything else except for the core issues of the country. However, we cannot just keep crying over that and we need to start working from somewhere.

For me, women’s issues and children issues are extremely important. There is so much that needs to be done in terms of women’s health facilities, hygiene facilities and economic independence and children simply because they are the future. And also, Maharashtra is the land of Mahatma Phule and his wife Savitribai Phule, who then worked for the education of the people. Education has always been a very core and important part of Maharashtra and that needs to reach to the kids and poor children of Maharashtra on a much bigger level.

Q) Going back to Bollywood, we last saw you in ‘Blackmail’ in 2018, do you miss the entertainment industry? We miss seeing our Rangeela girl on the big screen.

Movies and working in films have always been my first love and having said that politics is something that is going to take way more time, energy and focus because it is a new line for me. But again, I am not missing working in films because the challenges in politics are huge and the situation and circumstances that we are working in is very poisonous and it is sad that the political scenario in India has hit an all-time low. It’s really in bad shape. I have seen the old footages of Parliament or Vidhan Sabha where people in Opposition are friends, they may criticise each other and can have ideological differences, but today there seems to be no boundaries as to where the criticisms should stop. The challenges of working in politics are going to be so huge that I don’t see getting into the movie business for now.