Home  »  Website  »  National  » Interviews  »  I Am Optimistic About How Conversations Shape The World: Sona Mohapatra
Interview

I Am Optimistic About How Conversations Shape The World: Sona Mohapatra

In conversation with singer Sona Mohapatra about the documentary Shut Up Sona and why despite the relentless exhortations, she refuses to shut up. 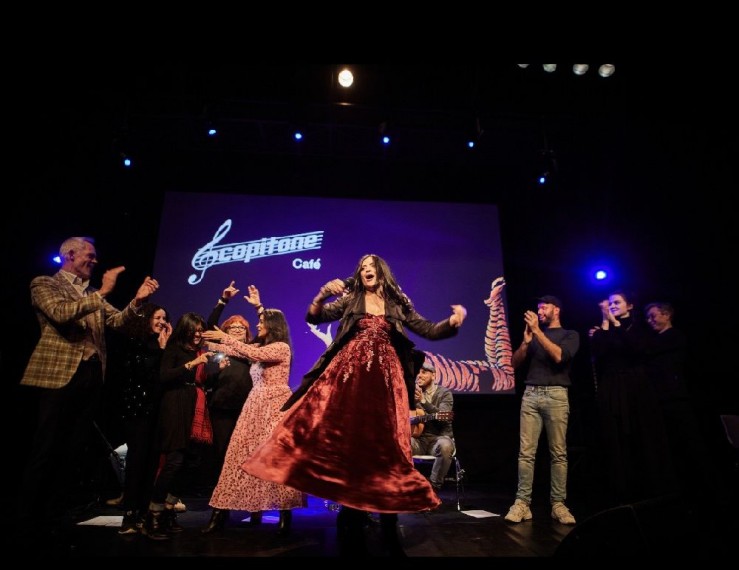 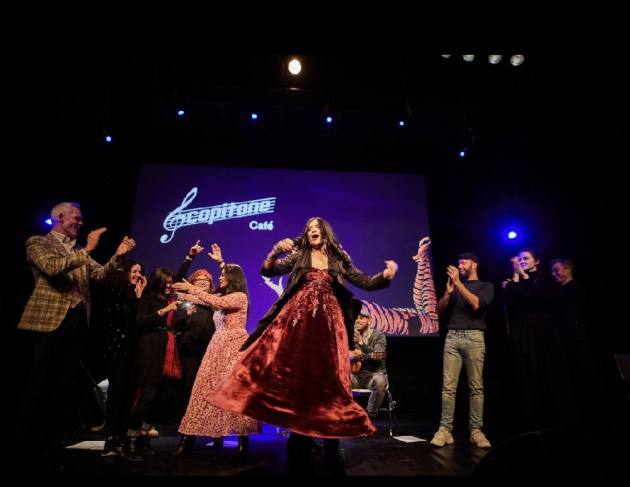 Whether it is as a crusader of the Indian #MeToo movement or fighting those who censure her for “exposing her body”, Sona Mohaptra is as known for rabble-rousing as for her resonant vocals. The documentary Shut Up Sona traces her trajectory as a musician and outspoken woman to highlight gender fault lines in India and invokes luminaries from across centuries to challenge patriarchal structures. In a conversation at the International Film Festival of Rotterdam 2020, where the film globally premiered, Sona talks about why, despite the relentless exhortations, she refuses to shut up.

Why did you produce a film about yourself?

A lot of people in India, without even seeing the film, jibed, “Oh, she made a film on herself?” But then, who apart from me would make such a film? Women now are taking charge of their own narratives. I was tired of missing out on opportunities in the entertainment industry that men have monopolised. They say, “We have given you this opportunity. You should be grateful.” I didn’t want to be grateful anymore, so I decided to take charge of my own destiny.

I realised that it was not just me who was losing out on work for being opinionated. I am a numbers-oriented person; I don’t just operate on feelings. So I collated data and the results were shocking: over time, the representation of women in the entertainment industry is going down. Women never win reality shows. Out of every 100 songs on the radio or in mainstream releases, around eight have a female voice. Romantic duets don’t have enough lines sung by women. In the seven years of the NH7 Weekender music festival, the representation of female voices has not more than eight per cent.

I felt like I was choking as I was not getting enough opportunities to sing—what do you do if you want to express yourself as an artiste? That’s why I got in touch with Deepti Gupta (the director of Shut Up Sona), who directed two of my most interesting music videos in the past decade—Aaja Ve and Dil Jale. We set out on this journey and 300 hours of footage later, this documentary came about.

You were working on the film for three years. How did you feel on seeing the final cut?

It is difficult for me to be objective, though I must admit that one thing bothered me—I thought there would be more of my music in the film, especially footage of concerts. There is that vain side of me—about 200,000 people to come to my shows, but the industry and magazine covers don’t realise what reach musicians have in India. I wanted to see more of that, but I gave complete liberty to Deepti to make it her way. As the protagonist, I need to step away from the movie.

Shut Up Sona seems like a travelogue, featuring locales as diverse as Chittorgarh, Vrindavan and Warangal. How did that happen?

I started out with the idea of writing a love letter to my country—a country that is not comfortable with my emancipation but hopefully getting there. India has some of the most generous people I have ever met. At the Mira temple in Vrindavan, the custodians live on alms and hardly have any resources. Yet the generosity with which they hosted, fed and welcomed us the five times we went there was extraordinary. I haven’t seen that kind of generosity anywhere in the world. The film helped me reconnect with that love for my country after a long time. India is amazing—it lives in so many ages, so many different universes and they all coexist, it’s crazy. The journey of making the film has been the greatest dose of inspiration for me to get back to my music and create more art.

As a performer, you have been in the public gaze. But how was it having a camera trained on you all the time, even in your private spaces?

Not very easy, but Deepti already had the privilege of a very intimate place in my life. And we realised that every time there was a crew, it would not be the same, especially because the film provides a window into my personal life in terms of my interactions with my husband, Ram Sampath, who is very shy. Pursuing someone for three years and shooting a documentary is a difficult process. Of course, there were times when things were too personal to pick up a camera and record. 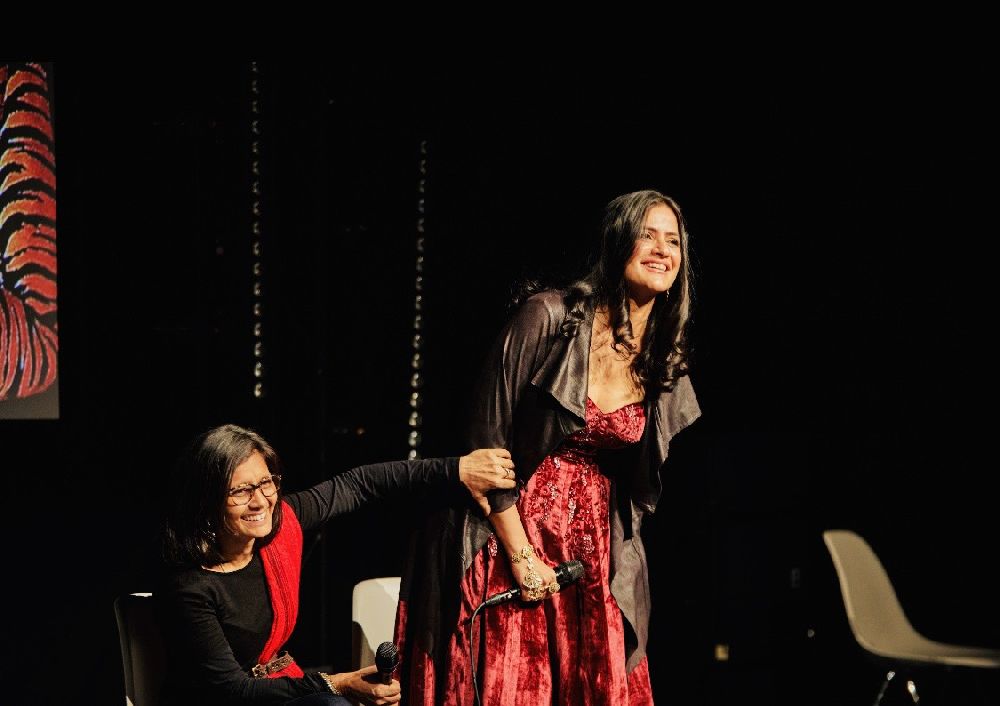 Documentaries in the past rarely caught India’s attention, but these days, people seek more authentic storytelling. As an artist who is active on social media and connects with her audience on a daily basis, I noticed that my fans love the behind-the-scenes when I’m touring—sometimes much more than the fancily shot music videos. Some of the Facebook live sessions I do unplugged give us millions of views despite the terrible audio quality. On the other hand, you might have to pay to promote a snazzy music video. People across the world are seeking authentic stories, so it’s a great time to put out such a film. Khud hi bol rahi hoon, how modest I am (laughs).

Your interaction with the caretakers of the Nizamuddin Dargah is one of the most poignant in the film. How do you see that sequence in light of a Sufi foundation criticising the music video of Tori Surat?

I visited the dargah before the controversy happened. That might not come across clearly in the film because the structure is not linear. If I had visited after, it might have been difficult to enter the shrine, who knows… I’m not sure. I found the dargah’s custodians among the most gracious, generous hosts. They talked about how in 800 years no woman has sung in the shrine, but after spending five hours there, chatting with them, when I asked, “Thoda gaa loon main (Can I sing?)”, they hesitated, but they let me sing—and not only did they let me, they joined along. It was such a beautiful act of love.

You extensively draw upon the legacies of Khusro, Kabir and Mirabai in the film. Who are the other artistes who inspire you?

I have always been impressed and inspired by artistes who have gone beyond entertainment. Things of beauty, of course, last forever, but the beauty that helps you, makes you think, creates an impact in terms of social change impresses me most. We have artistes like these across the world and across times, such as Harry Belafonte, Nina Simone, George Michael and T.M. Krishna. Mira was a rebel rock star preaching egalitarianism in a society where caste was deeply entrenched. Khusro helped unite India linguistically. Kabir… I could talk endlessly about them. We explored these artistes at such length that we can cut out 2-3 more films from the footage we have.

Throughout the film, you point out instances of sexism in society. What were the formative influences in your feminist thinking?

I have had no academic inputs or read any feminist literature. My value and belief system is instinctively driven by justice and fairness. If I see anything that feels unfair to me, it drives me mad. So it’s not just about women—it’s very obvious that they hold the shorter end of the stick—I fight for the underdog and I’ve always seen women as underdogs. While growing up, my mother, an accomplished scholar who worked all her life and raised three daughters, was always bossed over. She didn’t have the kind of freedom you would think she should have had. So every time I pick up the gauntlet for gender rights, my mother definitely is a driving force, but it is the idea of fairness and justice that drives me more than anything else.

In the film, there are various sequences where female fans throng you and take selfies with you. Is it mostly women who come up to you in public?

While a lot of women, both young and old, connect with me, many young men also give me love—though it’s mostly younger men, not so much men above 40. For instance, a waiter in Rewa, Madhya Pradesh, approached me when I was having coffee with my band. I had been received with lot of pomp and splendour by officials and dignitaries, but he felt free enough—and beautifully so—to come up to me and say, “Ma’am, I love the way you dress. I tell my sister, you should also wear a sari with a shirt like Sona Mohapatra does.” He, a 24-year-old, talked to me about fashion so freely because he follows me on Facebook. I wouldn’t have imagined it 10 years ago in India because there’s a deep-rooted caste system where you’re not expected to go up to a star and talk to her. But social media and the internet are connecting India to a more egalitarian mindset. After I sang the anti-dowry Mujhe kya bechega rupaiya (Money can’t sell me) on Satyamev Jayate, men from small towns wrote to me about how moved they were and how they were reconsidering the way they treated the women in their lives. I get equal love from both sexes—and equal hate. Just because I stand for gender rights does not mean that all women support me.

You frequently engage with critics and trolls on social media. Does it detract from your art or does it inspire you?

It energises me because I’m deeply connected to society and the grassroots. I’m not saying all of India lives on Twitter—it’s a very limited snapshot. But I also travel a lot around the country and am in touch with a lot of universes, which inform me. I think engaging with your environment makes you a better artist. Of course, sometimes you need isolation. I put out a lot of music every year, no matter what. I don’t rely on Bollywood and that takes a lot of effort. So I take a break once in a while and disconnect from the press and social media.

Shut Up Sona points out a lot of things that are wrong with Indian society. In such a scenario, what gives you hope?

I have always been optimistic about how conversations shape the world. People ask me, “Don’t you get exhausted fighting trolls?” Despite the acid attack and rape threats, I continue to speak out because if we don’t let the sh*t come to the top, it won’t get cleared.

Things are blowing up around the world—we are at a flashpoint on many issues. When we completed a year of the #MeToo movement, everybody said it was unsuccessful as none of the perpetrators was punished. My doctor, an amazing woman, said, “Kuch to nahin hua (Nothing happened).” I replied, “What did you expect? People would be paraded to jail in handcuffs like in a Bollywood film?” That’s not how things happen—change takes time. Thanks to #MeToo, a conversation is going on and people have become conscious about right and wrong behaviour, and that there would be consequences of their actions. That in itself is great! I relentlessly fought the campaign to get Anu Malik out of Indian Idol and he was finally chucked out. So things are changing—it could happen faster, but it’s not all doom and gloom. The film is a part of this change.

Andhra Pradesh Ministers To Shelve NPR Till 2010 Questionnaire Is Adopted