I Am Going Through Pain Every Day, But Have To Run Govt Smoothly, Says Karnataka CM Kumaraswamy

Reacting to Kumaraswamy’s remarks, senior Congress leader and former Karnataka chief minister Siddaramaiah said that there is "no threat" to the coalition government in Karnataka. 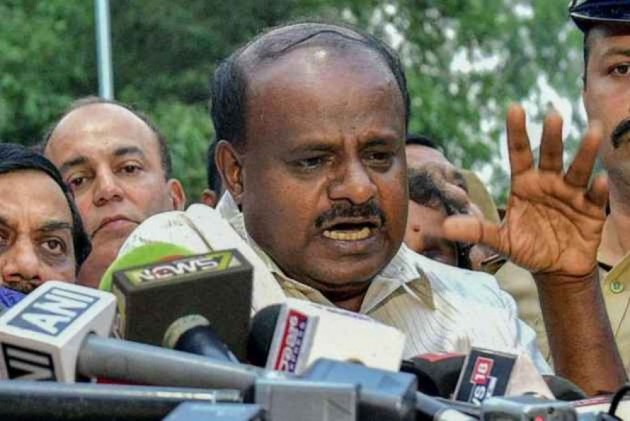 Amid differences within the ruling Congress-Janata Dal (Secular) alliance in Karnataka, Chief Minister HD Kumaraswamy said he is “going through pain every day.”

“I promise I'll fulfill your expectations. I can't express the pain I am going through every day. I want to express it with you, but cannot, but I need to solve the pain of people of the state. I have the responsibility of running government smoothly,” Kumaraswamy said during an event in Channapatna on Tuesday.

#WATCH Karnataka CM in Channapatna yesterday: I promise I'll fulfill your expectations.I can't express pain I am going through everyday. I want to express it with you, but cannot , but I need to solve pain of people of state. I have responsibility of running Govt smoothly pic.twitter.com/Tz2AaitQNq

Kumaraswamy further alleged that one of his party MLA was offered Rs 10 crore by the BJP.

"One of our MLAs called me after he got a call from a BJP leader. They offered him Rs 10 crore to leave JD(S) and join BJP. These attempts are being done continuously by BJP leaders. But by God's grace and your blessings this government is safe for another four years," he said.

Reacting to Kumaraswamy’s remarks, senior Congress leader and former Karnataka chief minister Siddaramaiah said that there is "no threat" to the coalition government in Karnataka.

Earlier, Kumaraswamy had said he is “swallowing the pain of a coalition government.”

“You are standing with bouquets to wish me, as one of your brothers became chief minister and you all are happy, but I'm not. I know the pain of the coalition government. I became Vishkanth and swallowed the pain of this government,” he had said.