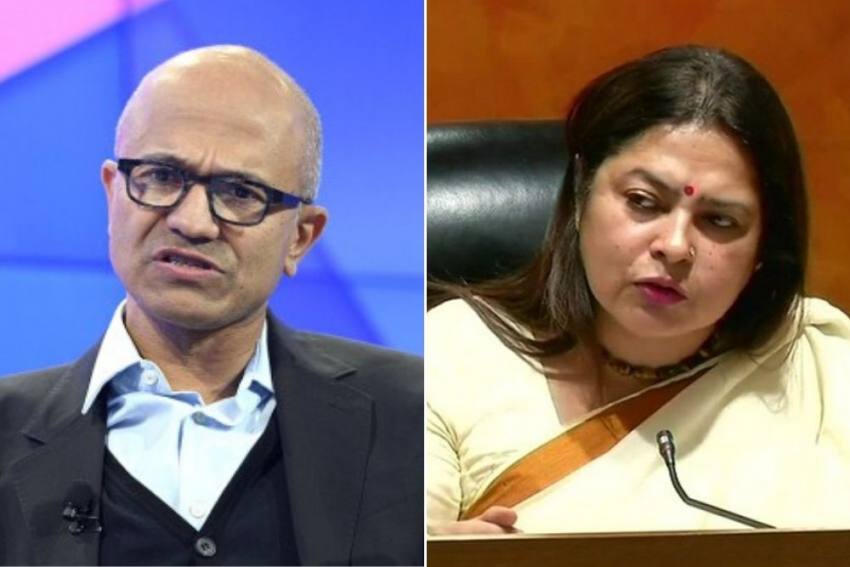 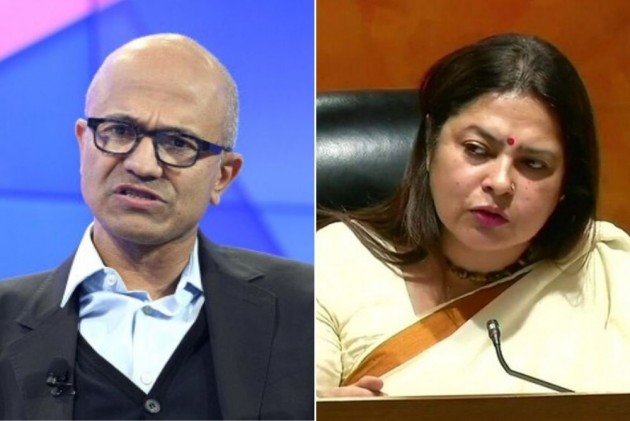 Microsoft CEO Satya Nadella's remarks expressing concern over the Citizenship Amendment Act  (CAA) have drawn flak from BJP MP Meenakshi Lekhi who on Tuesday said the corporate personality was a "perfect example" of "how literate need to be educated".

Defending the new citizenship law, which was passed by the Parliament on December 11, Lekhi tweeted, "Precise reason for CAA is to grant opportunities to persecuted minorities from Bangladesh, Pakistan and Afghanistan."

How literate need to be educated ! Perfect example. Precise reason for CAA is to grant opportunities to persecuted minorities from Bangladesh, Pakistan & Afghanistan.
How about granting these opportunities to Syrian Muslims instead of Yezidis in USA ? pic.twitter.com/eTm0EQ1O25

Lekhi's reaction came after the Microsoft CEO spoke out against the contentious CAA and was quoted by BuzzFeed as saying: "I think what is happening is sad...It's just bad...I would love to see a Bangladeshi immigrant, who comes to India, and creates the next unicorn in India or become the next CEO of Infosys."

Nadella's comment sparked off a controversy amid widespread protest in the country against the CAA that seeks to grant citizenship to persons coming to India from Pakistan, Afghanistan and Bangladesh and belonging to Hindu, Sikh, Buddhist, Jain, Christian and Parsi faiths.

Microsoft promptly tried to make amends and issued a fresh statement by Nadella, which said, "Every country will and should define its borders, protect national security and set immigration policy accordingly. And in democracies, that is something that the people and their governments will debate and define within those bounds."

"I'm shaped by my Indian heritage, growing up in a multicultural India and my immigrant experience in the United States. My hope is for an India where an immigrant can aspire to find a prosperous start-up or lead a multinational corporation benefitting Indian society and the economy at large."

But it was not enough to ease the tensions as the BJP MP shared Nadella's official statement with her criticism.