'How Can We Stop Them From Walking? Let States Decide': SC On Migrant Workers Trudging On Roads

A bench comprising Justice SK Kaul and Justice Nageshwara Rao dismissed the petition filed by advocate Alakh Alok Srivastava Alakh following the death of 16 migrant labourers who were run over by a cargo train in Maharashtra's Aurangabad district. 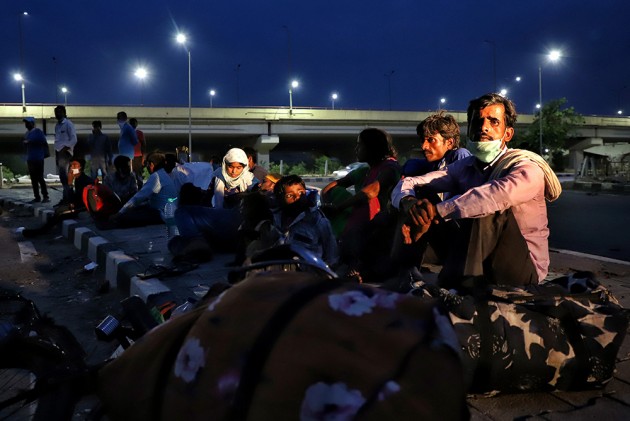 The Supreme Court on Friday asked how it could stop migrant workers from walking while hearing a plea raising the concerns over the matter.

A bench comprising Justice SK Kaul and Justice Nageshwara Rao dismissed the petition filed by advocate Alakh Alok Srivastava Alakh following the death of 16 migrant labourers who were run over by a cargo train in Maharashtra's Aurangabad district.

The labourers, who were walking back home, had decided to take rest on the railway tracks after getting exhausted.

"Your knowledge is based on newspaper clippings. How can you expect us to pass orders? Let the states take action," Justice SK Kaul was quoted as saying by Bar and Bench.

Speaking on the issue, Justice Rao said: "It is impossible for this court to monitor who is walking."

The top court then asked the Solicitor General, Tushar Mehta, if there were any means to stop the workers from walking back home.

"The states are providing interstate transport," Mehta told the court, adding, "if people get angry and start on foot instead of waiting for the transport to be provided nothing can be done."

"We can only request that people should not walk. Using force to stop them would be counterproductive."

Thousands of migrant workers from different cities of the country walking back home with their children and meagre belongings have come to define the nationwide lockdown announced almost 50 days ago to contain the spread of the novel coronavirus. The Centre has started special trains to ferry these labourers but that hasn't stopped the latter from undertaking arduous journey on foot.

The labourers say the lack of resources, food and work opportunities have left them with no option but to go back to their home states. The opposition parties have criticised the Centre over its handling of the migrant labourer crisis stemming from the lockdown, which they say could have been plannned and  executed better.