Bangladesh Foreign Minister said the cancellation of his visit to India was not linked to protests against the CAB. 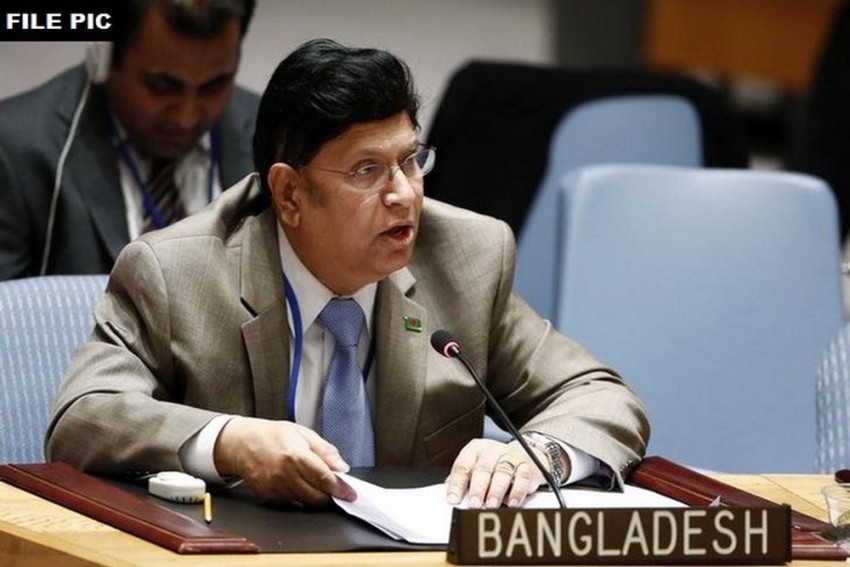 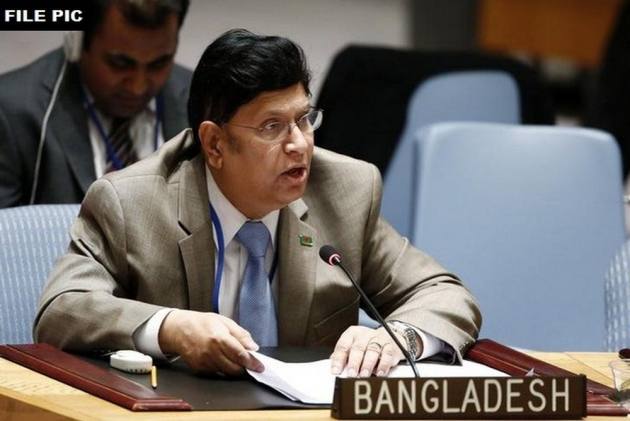 Bangladeshi Foreign Minister A K Abdul Momen and Home Minister Asaduzzaman Khan on Thursday cancelled their visits to India over the situation arising out of the passage of the controversial Citizenship (Amendment) Bill in Parliament, diplomatic sources said.

Momen cancelled his three-day visit here beginning Thursday hours before his scheduled arrival, a day after he termed as "untrue" Home Minister Amit Shah's comments on the persecution of religious minorities in Bangladesh.

Khan was scheduled to arrive in Shillong on Friday on a three-day trip, primarily to attend an event relating to Bangladesh's freedom struggle, but he cancelled the visit due to widespread protests against the bill.

The External Affairs Ministry said Momen has conveyed to India about the postponement of his visit from December 12-14 due to scheduling issues, and asserted that Shah referred to religious persecution in Bangladesh during the military rule and not under the current government.

Diplomatic sources said Momen decided not to go ahead with the visit due to prevailing situation arising out of the passage of the controversial Citizenship (Amendment) Bill in India's Parliament.

"The Bangladesh side has conveyed that the minister has changed his programme on account of domestic issues pertaining to the commemoration of the 'Victory Day' in Bangladesh on December 16," MEA Spokesperson Raveesh Kumar said at a media briefing.

"Any speculation that this development is connected with legislation adopted by Parliament on Wednesday regarding the Citizenship Amendment Bill is unwarranted," he said, adding ties between the two countries were going through a "golden phase".

In a statement in Dhaka, Momen said he had to cancel his trip to India due to pressing engagement in Bangladesh and that he was looking forward to visit India in January.

According to a media advisory issued by MEA on Wednesday, Momen was to arrive in New Delhi at 5:20 PM on Thursday.

"I had to cancel my trip to New Delhi as I have to participate in the 'Buddijibi Debosh' and 'Bijoy Debosh' and more so as our State Minister is out of the country in Madrid and our Foreign Secretary is in the Hague," he said.

The citizenship bill seeks to provide citizenship to non-Muslim persecuted religious minorities from Bangladesh, Pakistan and Afghanistan. The bill was passed by Lok Sabha on Monday while Rajya Sabha cleared it on Wednesday.

On Wednesday, Momen said in Dhaka that the citizenship bill could weaken India's historic character as a secular nation and rejected the allegations that the minorities faced religious persecution in his country.

He also termed as "untrue" comments of Shah that minorities were persecuted in that country.

At present, Momen noted, the two countries were enjoying close ties which he said is termed as "golden chapter" of bilateral ties, adding "so, naturally our people (Bangladeshis) expect that India won't do anything that could create anxiety among them".

Kumar said, during the debate on the bill in Rajya Sabha on Wednesday, Shah talked about persecution of religious minorities in Bangladesh during the Army rule after the tenure of Sheikh Mujibur Rahman.

"As long as Sheikh Mujibur Rahman was leading Bangladesh, everything worked very well. But once his government went, minorities began to be oppressed. I can tell you that a large number of Bangladeshi Hindus had to come here to seek refuge...," according to transcript of Shah's comments shared by the MEA.

There have been massive protests in Assam and several Northeastern states against the proposed legislation.

According to the bill, members of Hindu, Sikh, Buddhist, Jain, Parsi and Christian communities, who have come to India from Pakistan, Bangladesh and Afghanistan till December 31, 2014, following religious persecution will be given Indian citizenship.

In a separate statement, the Bangladesh High Commission here said Momen had to cancel the trip due to some sudden pressing national events at home.

"He said he has to participate in two important national events - the observance of Martyred Intellectuals' Day on December 14 and the Victory Day on December 16. The events coincide with his planned visit to India," it said.

Bangladesh was also learnt to have been upset following roll out of the National Register of Citizens (NRC) in Assam around four months ago even though India conveyed to it that the issue was an internal matter of the country.

Prime Minister Sheikh Hasina had taken up the issue of NRC with Narendra Modi during their bilateral meeting in New York in September.