Later, the NIA also took Vaze to the Mumbra creek in Thane district where Mansukh Hiran's body was found on March 5. 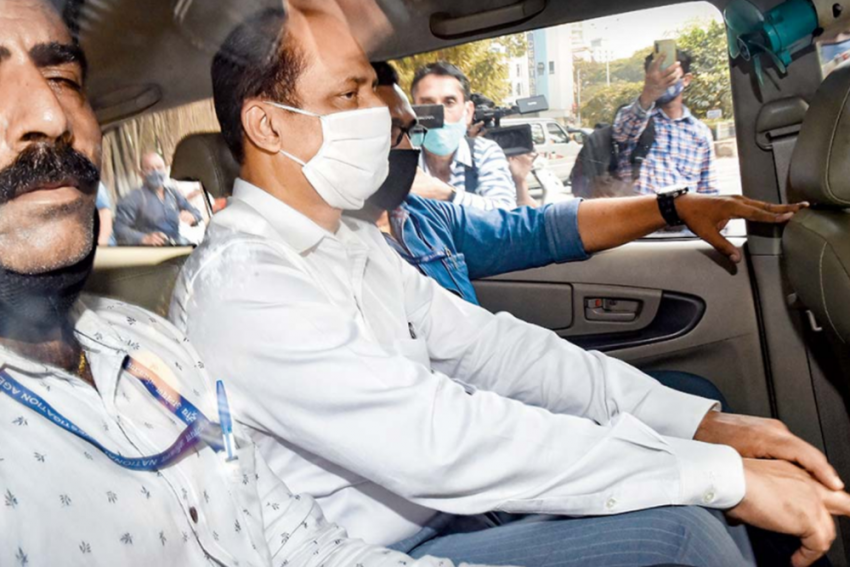 The National Investigation Agency took suspended police officer Sachin Vaze to the Chhatrapati Shivaji Maharaj Terminus (CSMT) in south Mumbai from where he had boarded a train to neighbouring Thane on the day of businessman Mansukh Hiran's murder, a police official said on Tuesday.

Vaze was seen taking a train from the CSMT to Thane, in a CCTV footage of March 4, hence a team of the National Investigation Agency (NIA) took Vaze to the CSMT late Monday night to recreate the scene, he said.

In CCTV footage (in pic), Sachin Waze was seen going to Chhatrapati Shivaji Maharaj Terminus at 7 pm on 4th March. He had taken a local train to Thane that day. He was brought to CSMT y'day for scene recreation

Body of Mansukh Hiren was found at Kalwa creek in Thane on 5th March pic.twitter.com/gnMfdaMLLQ

Later, the NIA also took Vaze to the Mumbra creek in Thane district where Mansukh Hiran's body was found on March 5.

The NIA is conducting a probe into the case of an explosives-laden SUV found near industrialist Mukesh Ambani's residence in south Mumbai on February 25 and the subsequent murder of Hiran.

The probe agency arrested Vaze last month for his alleged role in planting the vehicle with explosives near Ambani's house.

During recreation of the scene at the CSMT on Monday, the NIA sleuths asked Vaze to walk on its platform no. 4 to compare his movement with the man seen in the CCTV footage, the official said.

Later, they took Vaze to the Mumbra creek where Hiran's body was found last month.

The NIA team, which spent over an hour each at the CSMT and the Mumbra creek, was accompanied by some witnesses, forensic experts and the Railway Protection Force officials.

Earlier also, the NIA had taken Vaze to various places, including a five-star hotel where he stayed on a fake identity, an office in suburban Andheri where a conspiracy meeting was allegedly held, and the Mumbra creek.

As part of its probe into the case, the NIA has seized a number of high-end vehicles used by Waze.