Himachal Fears New Strain Of Coronavirus, A Spillover From Punjab 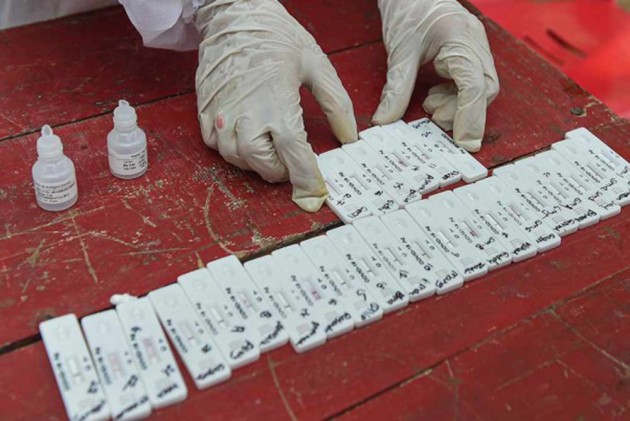 With no let-up in the spread of Covid-19, primarily in four districts bordering Punjab, Himachal Pradesh on Tuesday expressed strong fears about new strains of coronavirus having entered the state.

Fifty-six samples of the infected persons with travel history to Punjab and other hotspot states have been sent for examination to New Delhi. The reports, health officials said here will help formulate a new strategy to deal with the spike and also check the fatality rate.

The state broke all records of March 2020, as six deaths were reported in a single day on Tuesday of which three were in Una – a Covid red zone next to Punjab.

Among those who lost their lives to Covid was also a 36-year-old woman. Three other deaths were in Hamirpur, Solan and Kangra – all in the age group of 70 to 80 years.

After Kangra district, which has the second highest number of Covid cases, after Una –the worst affected by the second wave, is also holding elections to Dharamshala Municipal Corporation with several cabinet ministers, MLAs and BJP and Congress leaders on the campaign trail.

The chief minister also joined the campaign this afternoon.

In the meeting with officials, the chief minister sounded a note of caution to the people in the state. “The health experts have observed that after the advent of new variants of corona, there were no traces of cough or fever and the patients were just complaining of joint pain, weakness and loss of appetite and Covid-19 pneumonia,” the chief minister said.

He added, “It was taking less time to get to extreme in comparison to the past and sometimes, there were no symptoms even. Therefore, it was better to be careful than remaining unguarded and putting ourselves, family and the society in danger.”

The new strain was not domiciled of the nasopharyngeal region and had been directly affecting the lungs, which means window periods were shortened.

On Tuesday, 70 new cases were detected in Una district which now has 300-plus cases. Una did not have a single case in February 2021.

The chief minister asked the health department to encourage the people to take the vaccine so that they have a shield against the infection. The people should be careful and avoid crowded places as far as possible and wear face masks all the time at public places and in public transport.

The rise in cases in Himachal Pradesh is a direct outcome of a large number of fairs, festivals, religious gatherings, social events, entertainment shows and mela – wherein thousands of people had gathered and did not wear the masks or follow social-distancing norms, admitted state health minister Dr Rajiv Sehzal.

In Mandi, the chief minister’s home district, irrigation and public health (IPH) minister Mahendra Singh is campaigning for the municipal corporation poll without any mask. Social media has several videos and photos of the minister himself not taking wearing of masks seriously.