Municipal elections will be held in Dharamshala, Palampur, Solan and Mandi on party symbols. 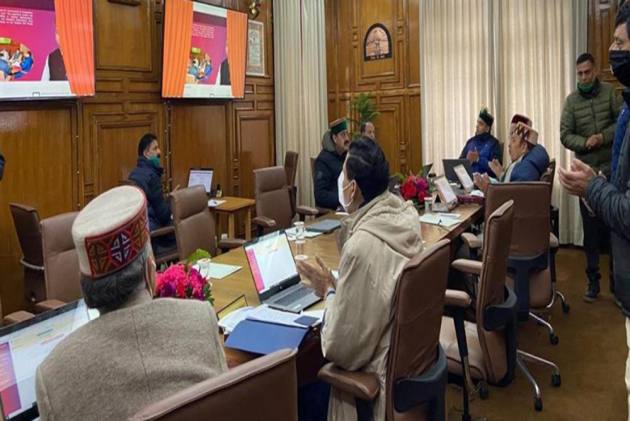 Elections to four municipal corporations, three of these created by the state’s BJP government last year, will be held on party symbols in Himachal Pradesh.

A decision was taken by the cabinet on Monday to hold the elections to Dharamshala, Palampur, Solan and Mandi.

Himachal Pradesh Cabinet Goes Paperless, First In The Country To Do So

Two bills proposing these amendments, will be introduced in the upcoming session of the state Assembly, beginning here on February 26.

The last poll to Shimla Municipal Corporations was held in 2017.

Barring Dharamshala, all other three towns have been given municipal corporations in October 2020.

Minister for urban development and parliamentary affairs Suresh Bhardwaj, who is also the Shimla MLA, said, “Now that the cabinet has given its nod for conducting elections on party symbols, the provisions of anti-defection law will also apply to the elected councillors in these towns.”

In another landmark decision aimed to win over the support of Other Backward Classes (OBCs) – which constitutes 27 per cent of population in Kangra district, where two municipal corporation polls are to be held (Dharamshala and Palampur), the cabinet approved reservation for post of the mayor from the OBC category.

“Beside , SC, ST and women, a new reservation criterion on rotation basis, will be applied for election of the candidate to the mayor’s post,” said Bhardwaj.

The cabinet also approved new norms for “no-confidence” in the municipal corporations and posting of commissioners from the IAS cadres with seven-year service and those from Himachal Administration Services (HAS) with nine-year service. Earlier, 10-year long service was mandatory for both categories.

The BJP has won nine zila parishads of the 11 while elections in Lahaul-Spiti district are yet to be held.

The Opposition Congress, which had accused the BJP of misusing the state government machinery and power to win over the Congress-backed elected office-bearers, had dared the BJP to hold elections to municipal corporation on party symbols.