There are 24 cabinet ministers In Narendra Modi's new government and as many Ministers of State (MoS) while nine others have been given MoS with independent charge rank. 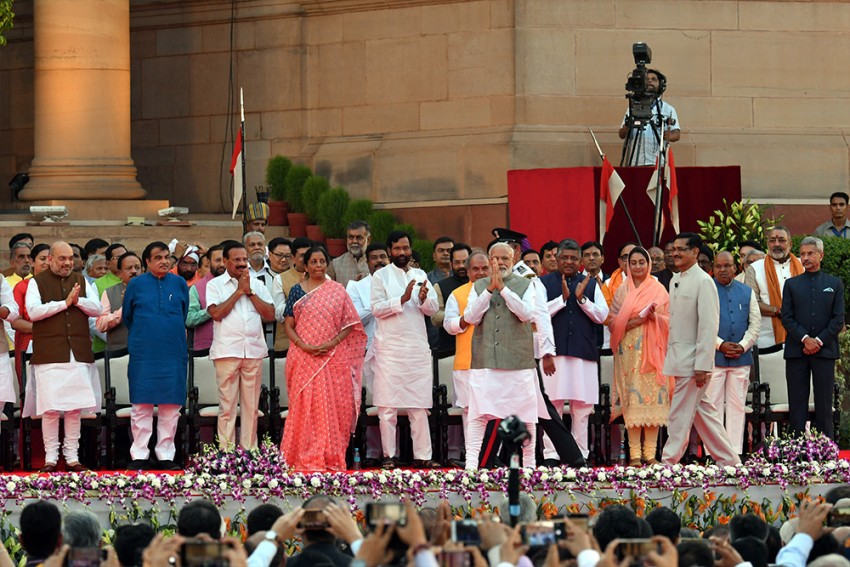 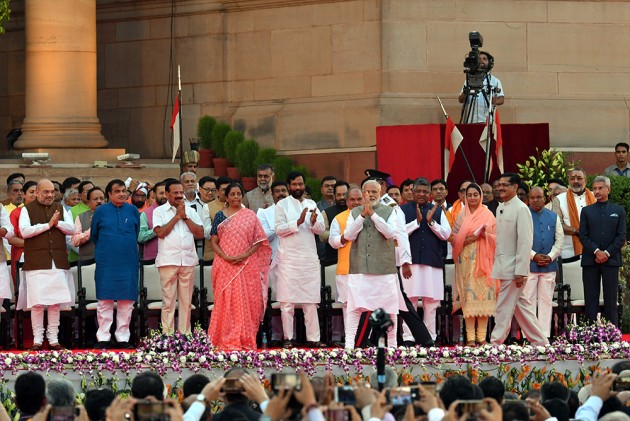 Narendra Modi took over as the country's Prime Minister for a second term on Thursday after he was sworn in by President Ram Nath Kovind at a glittering ceremony at the forecourt of majestic Rashtrapati Bhavan.

There are 24 cabinet ministers and as many Ministers of State (MoS) while nine others have been given MoS with independent charge rank.

Modi can have as many as 80 ministers in the 543-member Lok Sabha.

As per the Constitution, the total number of Union ministers, including the Prime Minister shall not exceed 15 per cent of the number of members in the Lok Sabha.

Some of the key ministers in the previous Modi government, including Sushma Swaraj, Rajyavardhan Singh Rathore and Maneka Gandhi were not part of the new council of ministers.

Here are the names of total 56 ministers of the new Modi cabinet.

Ministers of State with Independent charge