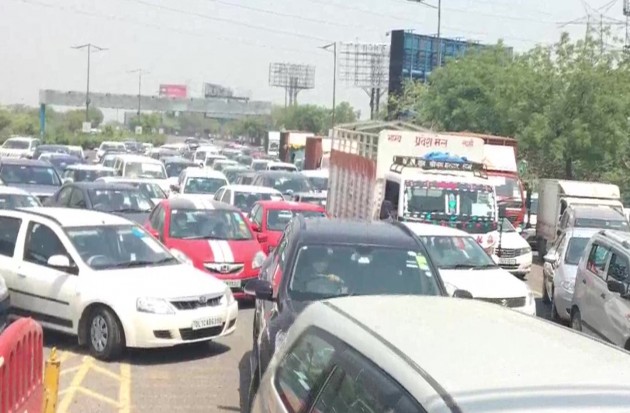 Heavy vehicular traffic was seen on Monday at the Delhi-Gurugram and Delhi-Noida borders as people came out to attend their offices a day after the nationwide lockdown was extended for two more weeks till May 31 with some relaxations in restrictions.

Long queues of vehicles were seen at the check posts as many people willing to attend their offices arrived at the borders on early Monday morning. The vehicular queue went up to over a kilometre as the police deployed at the border checked the passes and the identity cards of the people travelling.

Similar scenes were witnessed at the Delhi-Gurugram borders as people arrived on way to their offices. The traffic in the national capital also witnessed a surge as a number of vehicles were seen on the streets in areas like Income Tax Office (ITO) and others.

Later in the day, Delhi Chief Minister Arvind Kejriwal is set to release a detailed plan on restrictions and relaxations for the city based on the Centre's guidelines.