'Lost...He was last seen eating jalebis in Indore,' read the poster put up by unknown persons. 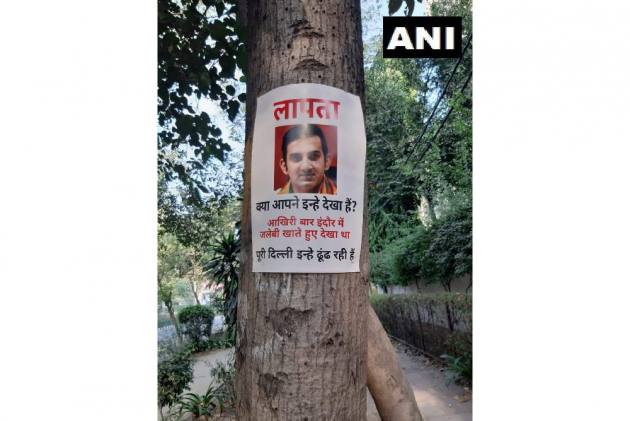 The poster appears to be taking a jab at Gambhir who drew flak for being absent from a key meeting on pollution as air quality in the national capital stayed 'severe' for five days in a row till Saturday.

"Lost. Have you seen this person? He was last seen eating jalebis in Indore. The entire Delhi is looking for him," the message on the poster, along with a picture of Gambhir, read.

The posters cropped up after 38-year-old Gambhir had skipped the Parliamentary Standing Committee of Urban Development meeting on November 15. The meeting was ultimately called off as MPs and bureaucrats were absent.

The AAP criticised the former cricket star for not attending the meeting, saying he was "busy enjoying" in Indore, at a time when Delhi is reeling under severe air pollution levels.

AAP leader Atishi, who was defeated by the BJP lawmaker in this year's general elections, launched a scathing attack on Gambhir.

This came after photographs of Gambhir along with his former teammate VVS Laxman and TV presenter Jatin Sapru had surfaced on social media, where the trio was seen relishing jalebis in Indore, the venue of the first test match between India and Bangladesh.

Responding to AAP's criticism, Gambhir on Friday said the people will judge him by his work and not by the propaganda spread by the minions of the "honest Chief Minister" of Delhi.