A former member of PM's Economic Advisory Council, Ravi explains the way forward to contain the coronavirus pandemic in India. 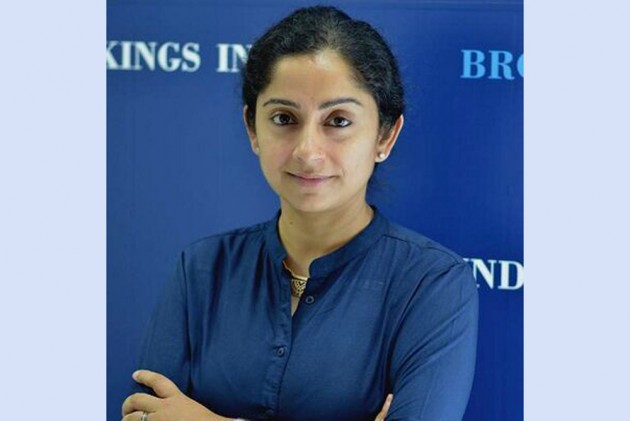 You recently said that India is in the growth phase of the outbreak. However, many experts say that we have almost reached stage three.

The first thing to remember is that we are still in the growth phase. That is something we must keep reiterating as the number of cases is still growing. Till March 23, if you look at the data, our numbers were doubling every three days. After March 23, our numbers are doubling every five days, and the speed at which it is increasing has now slowed a little. Now, given the nature of the virus, it takes about 10 to 12 days to incubate, which means that a person will carry that infection for 10 to 12 days.

The policies rolled out by the government such as nationwide 21-day lockdown and many others might have led to this decline. But it's also important to wait for another seven days to see the growth rate.

Do you think we are in a community transmission mode? Also, how do you see fewer cases in India in comparison to other countries?

I think one of the reasons why India has fewer cases while we have seen a massive explosion in Europe, UK and US is because these countries really did not impose restrictions or brought about major changes. They kept waiting during the early stage.

In India, however, the question arises on testing. We have to do more testing simply because right now we have had lots of targeted intervention. Now, in the initial phase, targeted screening and targeted testing was a very good idea. India had taken major efforts right from the beginning. So, I think that is probably the amalgamation and sort of aggregation of these measures, which has led to the overall number remaining low. But we also know that there have been cases where people have jumped these quarantines.

To rule out community spread, we have to make the testing protocol aggressive, which means we need to roll out large stratified random sampling in which we should carry out testing across the country. Testing when the outbreak has already spread is pointless simply because we don't have the health infrastructure to act and manage that level of outbreak. So, testing is a more cost-effective method.

Many experts believe that 1.7 lakh crore relief package announced by the government is not sufficient as many countries like the US and UK have announced relief packages that are 5-6 per cent of their GDP. What is your take on this?

That's a very silly way of looking at things. I'm surprised how people forget what the economic status of India is. What is our per-capita income? We're not going to be able to announce a package in comparison to these nations because we are not rich. So, comparing the government’s relief measures with the packages announced by the OECD countries is not fair. I don't think this is a time where even the government will bind itself down to fiscal deficit targets. Since this is such a large and imminent crisis, I think it's frankly okay for the government to breach its fiscal deficit target if it has to make sure that the outbreak is contained, and that people get essential services.

Do you think the government should extend the lockdown or is there any other way of containing the crisis?

Firstly, the economic damage due to this lockdown will be very severe. Clearly, we will be in a recession. But we will have to see whether that recession is long drawn or not. Also, to prevent it from becoming a depression, we will require the government to start pumping in a lot more money and for the RBI to have accommodating outlook.

Right now, 1.4 billion people are under lockdown. That’s mammoth. It's a very large fraction of the global population. But moving forward, the question is should the whole country remain under further lockdown? I don't think that is the right way to go. But then the question is in which areas would you lift restrictions? What is the age group that should be allowed to step outside? Why should the districts which are completely unaffected remain under lockdown? Maybe, we will have to identify those districts where we should focus our efforts on containment and treatment, management of disease and the rest of the country should be able to go about its normal life.