The meeting was organised at the residence of former BJP MLA Rajvir Singh Pehalvan. 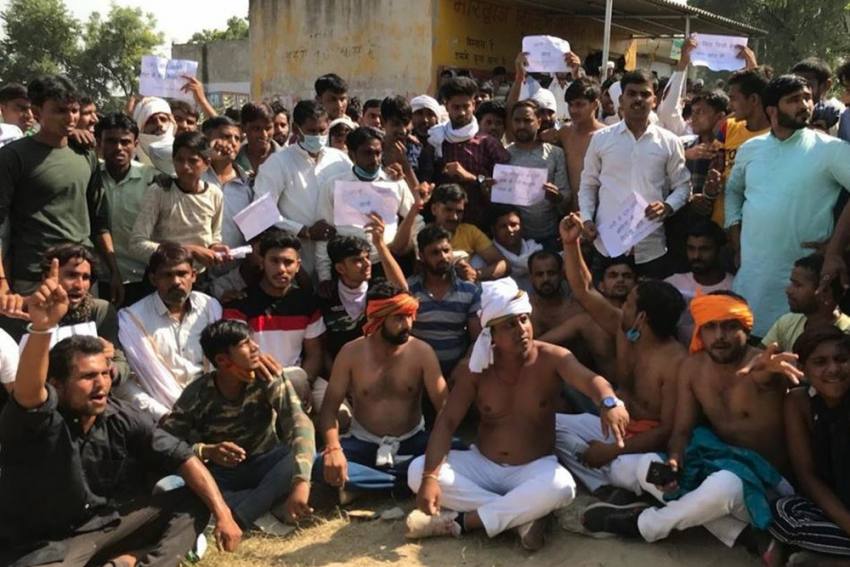 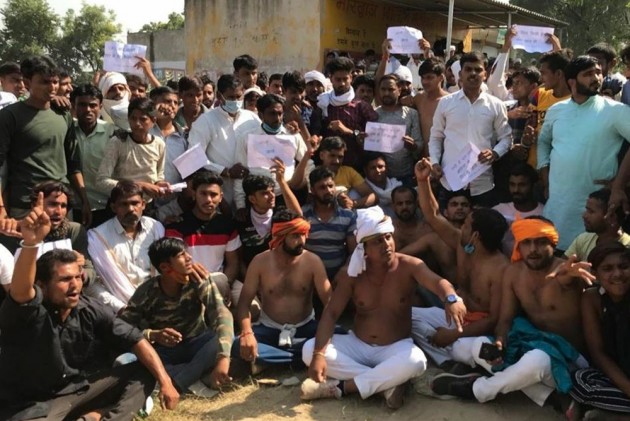 Around 700-800 people on Sunday held a caste-based meeting at the residence of former BJP MLA Rajvir Singh Pehalvan here on the issue the death of a Dalit woman after she was sexually assaulted.

The meeting was held a day after UP Chief Minister Yogi Adityanath ordered a CBI probe into the incident. Heavy police force was deployed in the vicinity of the former BJP MLA’s house, located around 8-9 kilometres from the victim’s village.

One of the organisers of the meeting and Pehalvan’s son Manveer Singh, however, denied that the gathering comprised members from the so-called upper castes and said they were from “different sections of society”.

“We welcome the CBI inquiry ordered by the Uttar Pradesh chief minister. We have faith in the investigation,” Singh told PTI while claiming that the victim’s family members were “changing their stand”.

“The entire scenario has been created to blame the government. The accused persons are in favour of any type of inquiry. But the victims are changing their stand every now and then. They do not want a narco test or a CBI probe. Now they want other kinds of inquiries,” he claimed.

Singh also said various legal options were being explored to defend the accused in the case. He asserted that the arrest of some of the accused persons from their homes was proof of their innocence.

“Had they been guilty, they would had run away from their homes. Why would they be present in their homes,” he said.

He also alleged that the Congress and the Samajwadi Party were trying to influence the victim's family as they wanted to the issue to “linger on”.

The caste-based meeting assumes significance as it is being held a day after Congress leaders Rahul Gandhi and Priyanka Gandhi Vadra visited the victim’s house and met her family members at a village in the district, and the recommendation of a CBI probe by Adityanath.

A fortnight after she was gangraped, the Dalit woman died of her grievous injuries in the early hours of Tuesday at a Delhi hospital.

She was cremated in the dead of the night near her home on Wednesday. Her family alleged they were forced by the local police to hurriedly conduct her last rites. Local police officers, however, had said the cremation was carried out "as per the wishes of the family".

Bihar Elections 2020: LJP Will Not Fight Upcoming Polls With JDU