A tense situation prevailed at the border stretch for some time as the LIP workers, led by party leaders Simarjit Singh Bains and Balwinder Singh Bains, remained adamant to move on the national highway to Delhi. 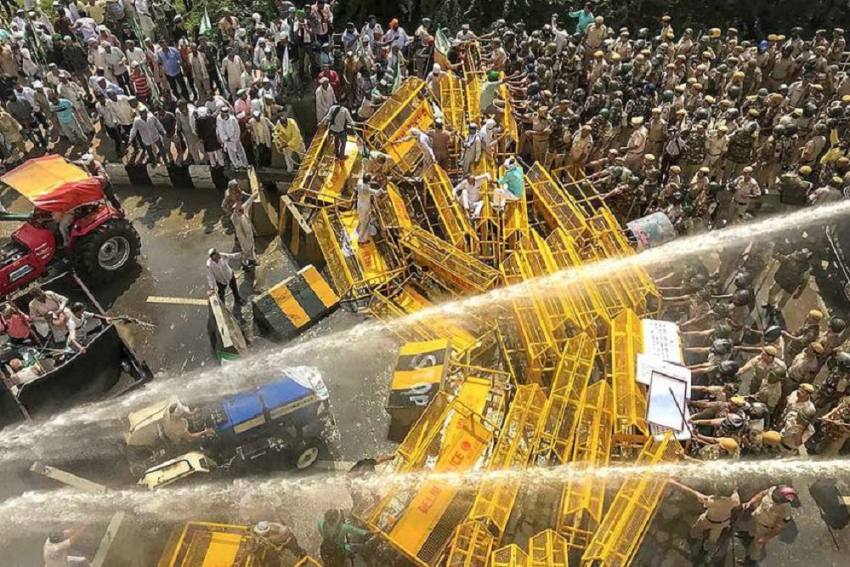 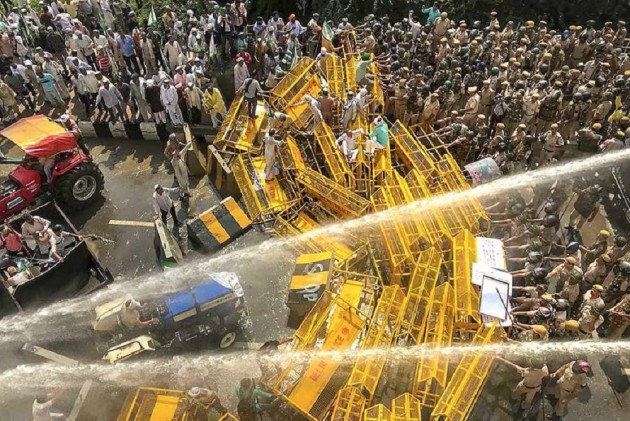 The Haryana Police used water cannons after Lok Insaaf Party workers, who were taking out a bike rally from Punjab to Delhi to protest against the farm bills, tried to jump over barricades on the interstate border near Ambala on Wednesday.

The police said it had warned the LIP workers not to cross the barricades at Shambhu village and denied permission for movement of a large group of protesters due to the restrictions over the coronavirus pandemic.

A tense situation prevailed at the border stretch for some time as the LIP workers, led by party leaders Simarjit Singh Bains and Balwinder Singh Bains, remained adamant to move on the national highway to Delhi.

The spot where the LIP workers tried to enter Haryana lies near Ambala city on the Ambala-Rajpura-Ludhiana national highway. The police had sealed the area near the Shambhu border and had closed a stretch in view of the protest.

A large number of Ambala police personnel had been deployed on the interstate to stop the protesters from entering Haryana. The agitators tried to break the barricades a number of times, but were stopped by the police.

The situation turned tense when some of the LIP workers started throwing empty bottles on the security personnel, police said. Later, some of the protesters tried to enter Haryana from under the bridge on the highway, but were scuttled.

The Haryana Police was seen making announcements asking the LIP workers to move back and disperse. As the agitators remained firm on entering the state to continue their rally towards Delhi, police used water cannons in a bid to disperse them.

After over three hours of protest at the site, the agitators dispersed by the evening, police said. Deputy Superintendent of Police Ram Kumar, who was leading the force, said the police persuaded the protesters to disperse.

Simarjit Bains condemned the alleged dictatorial attitude of the police of not allowing his party workers to proceed further.

Talking to reporters at the site, the LIP leader said every citizen had a right to express his view and move freely in a democratic set-up. "We want to raise our voice against the anti-farmer bills," he added.

Earlier in the day, thousands of party workers with black flags took out the bike rally from Fatehgarh Sahib in Punjab as part of their protest.

The LIP had earlier announced to gherao Parliament in Delhi against the farm bills.

The Farmers' Produce Trade and Commerce (Promotion and Facilitation) Bill and the Farmers (Empowerment and Protection) Agreement on Price Assurance and Farm Services Bill were passed in both houses of the Parliament amid protests by the Opposition.

The Essential Commodities (Amendment) Bill, 2020, was passed in the Rajya Sabha on Tuesday.

IIT Delhi Rolls Out A New B.Tech Programme Ahead of JEE Advanced