Police used water canons on protesting farmers in Sirsa after the latter allegedly tried to stop MLA Gopal Kanda from casting his vote for the municipal council polls. 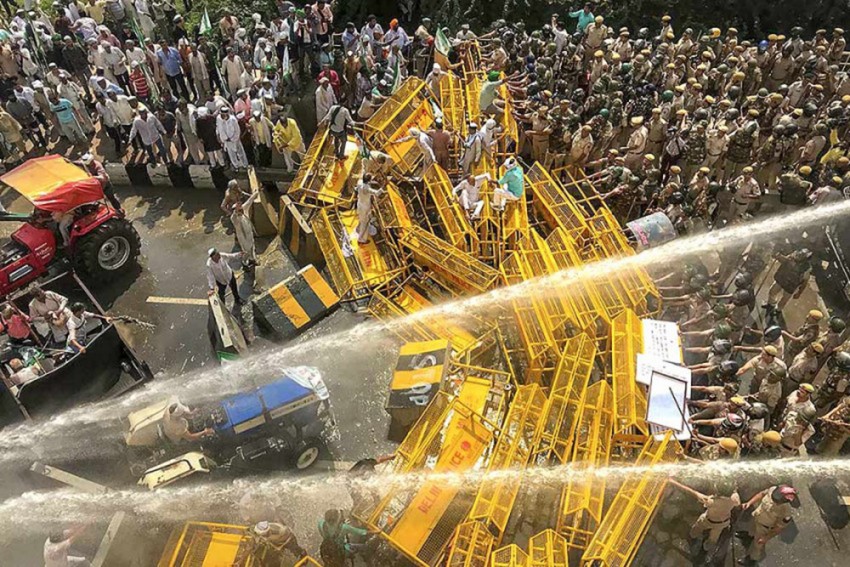 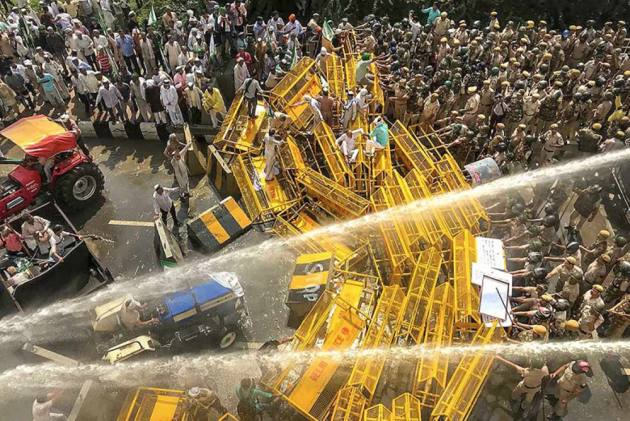 Clashes erupted between police and protesting farmers in Haryana’s Sirsa district on Wednesday after a group of farmers, allegedly tried to stop MLA Gopal Kanda from casting his vote for the municipal council polls. Police also used water canons to disperse the protesters.

Farmers in Haryana have been staging demonstrations against the ruling BJP-JJP coalition leaders to protest the Centre’s recent agriculture laws, which they claim is “anti-farmer”. Thousands of farmers have also been staging protests outside the national capital.

The incident in Sirsa follows an announcement made by farm union leaders, stating that they will continue with their "peaceful social boycott" of the leaders of the Bharatiya Janata Party (BJP) and its allies.

The farmers, gathered near the spot where the police had put up barricades and raised slogans against Kanda, the president of the Haryana Lokhit Party.

Sirsa Deputy Superintendent of Police Aryan Chaudhary said the protesters attempted to go past the barricades when the police tried to stop them.

Earlier, protesting farmers blocked BJP MP Nayab Singh Saini's car in Kurukshetra district's Shahabad on Tuesday, smashing its windscreen as he was about to leave a party worker's home, the police had said.

Farmers had also held a protest against the chief minister in Rohtak on Saturday, resulting in a lathicharge by the police and forcing authorities to shift the landing site for Khattar's helicopter.

Meanwhile, Haryana Bharatiya Kisan Union leader Gurnam Singh Chaduni said the farmers will continue with their social boycott of the leaders of the BJP and its allies.

He, however, appealed to the farmers to ensure that the protests are peaceful.

Chaduni claimed that leaders of the BJP and its allies have stepped up their public visits in recent days, despite knowing that they will face a boycott.

He alleged that if there is violence, lathicharge and any disturbance of law and order, "such a scenario suits the government" and it will then try to use force to evict the farmers protesting against the contentious laws at Delhi's borders.