The incident took place when the procession was heading for the marriage in Linch village near Bayad town on Tuesday evening. 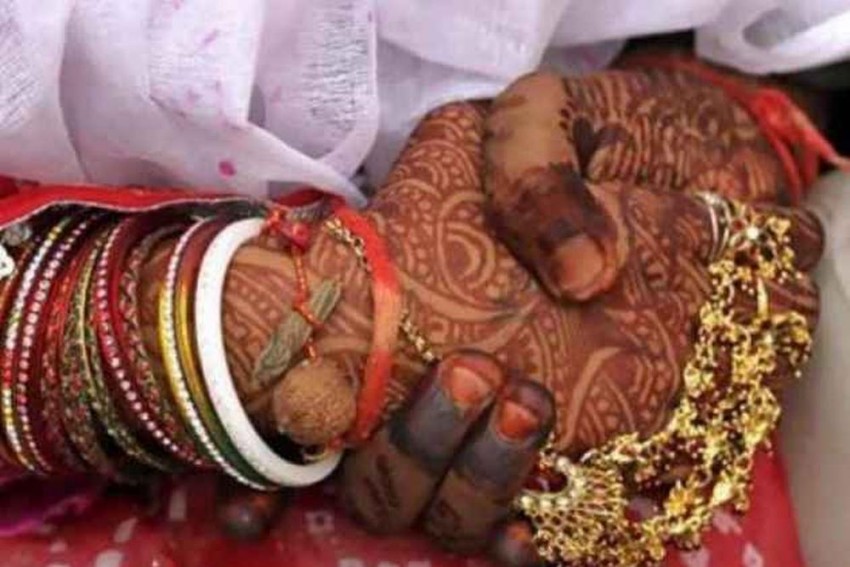 Stones were allegedly pelted by a group of persons at the wedding procession of a Dalit man in Gujarat's Aravalli district while objecting to a traditional headgear worn by some of his relatives and use of DJ music system, an official said on Wednesday.

Some people from Linch allegedly threw stones at the marriage procession when it entered the village, the official said quoting a complaint lodged by a cousin of the bride.

The incident took place when the procession was heading for the marriage in Linch village near Bayad town on Tuesday evening, following which an FIR was registered against nine men of the Rajput community, inspector R M Damor from Ambaliyara police station said.

"The accused objected to Dalit men and women in the procession wearing 'safa' (traditional headgear). They allegedly threw stones at the procession and also hurled casteist slurs," the official said.

When the complainant and other family members tried to reason with the accused and urged them to stop the stone pelting, one of the accused allegedly assaulted a relative of the bride, as per the FIR.

"The accused also allegedly warned the groom's family and others to refrain from wearing the traditional headgear and playing music on DJ system during the wedding. They also gave death threats to the complainant and his family members," Damor said.

A case has been registered against nine persons on charges of rioting, assault, criminal intimidation under the Indian Penal Code and provisions of the Schedule Castes and Schedules Tribes (Prevention of Atrocities Act), he said.