The prime minister also announced that the master plan of Kedarnath Temple is ready and also addressed the public and media at Kedarnath. It is absolutely 'unethical and morally incorrect.' 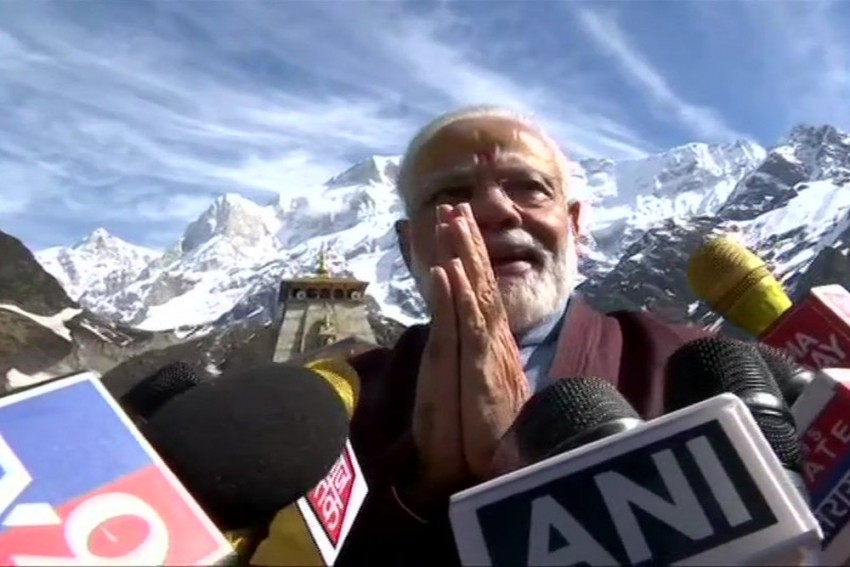 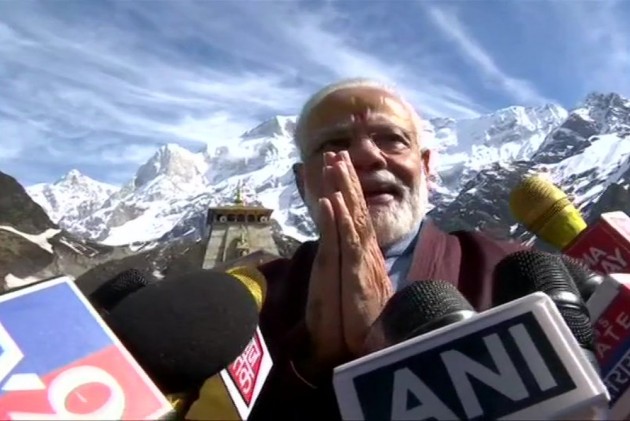 The Trinamool Congress along with Congress and TDP on Sunday wrote to the Election Commission complaining that Prime Minister Narendra Modi's address to the media at Kedarnath shrine was "unethical" and that the coverage of his visit was in "gross violation" of the Model Code of Conduct.

The prime minister also announced that the master plan of Kedarnath Temple is ready and also addressed the public and media at Kedarnath. It is absolutely "unethical and morally incorrect," party spokesperson Derek O'Brien said in the letter.

"Even though the Election campaign for the last phase of polling for 2019 Lok Sabha is over on May 17 at 6 pm, surprisingly Narendra Modi's Kedarnath Yatra is being covered and widely televised for the last two days in all national as well as local media. This is a gross violation of the Model Code of Conduct," he said.

He said all these moves were well calculated with the "ill intention to influence voters" on polling day.

TDP also wrote stating, "PM has gone to Badrinath & Kedarnath on an official visit, all the private activities done by him during his pilgrimage are being displayed & continuously telecast, which is a clear violation of the MCC."

"The way he (Modi) ensured media coverage of his trip to Kedarnath temple is nothing but a violation of MCC. His trip is all over the media. Is this not a way to, directly and indirectly, influence voters ahead of polls," Bhattacharya said.

"lt is absolutely unethical. Every minute detail of his activities during the visit is being widely publicised with an ulterior motive to influence voters directly and/or indirectly. This is wrong," he added.

The prime minister offered prayers at the Himalayan shrine on Sunday morning.

Speaking to reporters at the shrine, Modi thanked the Election Commission for granting him permission to visit the shrine at a time when the Model Code of Conduct is in force.