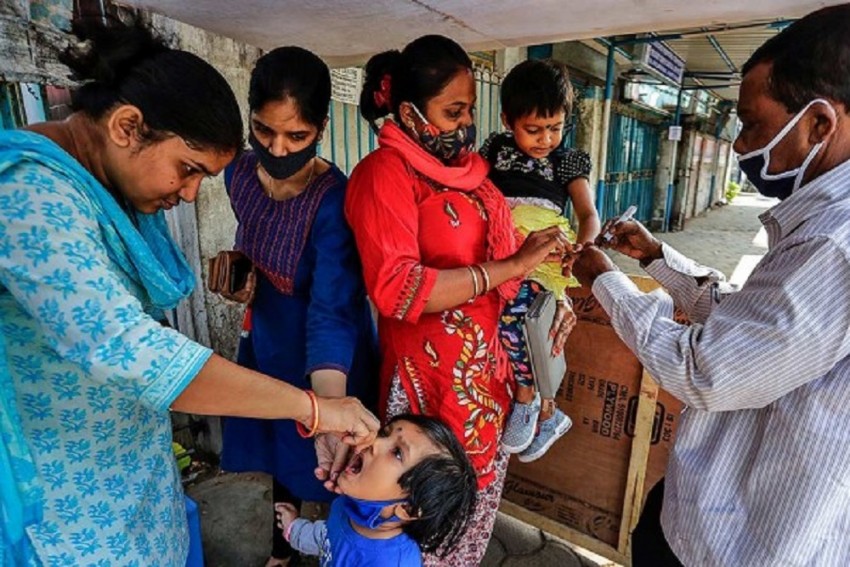 A health worker administers polio vaccine to a child as another marks a child on her finger in Kolkata.
AP Photo/Bikas Das
Outlook Web Bureau 2021-01-13T11:48:04+05:30 India Defers Polio Immunisation Programme Due To 'Unforeseen Activities' 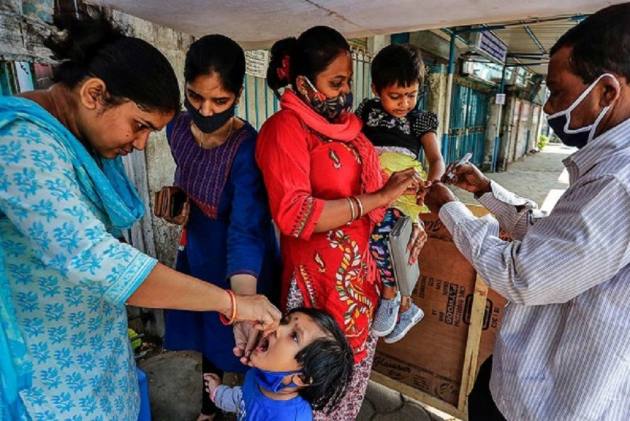 The national immunisation programme against polio has been deferred "till further notice" by the Centre, due to "unforeseen activities", the Union Health Ministry said in a letter on January 9.

The programme administers polio drops to children in the age group of 0-5 years. India launched the Pulse Polio immunisation programme in 1995. The National Immunisation Day (NID), commonly known as Pulse Polio Immunisation Programme, was scheduled for January 17 across India.

The central government communicated the decision to defer the polio immunisation programme to all states through a letter on January 9.

"This is to inform that due to unforeseen activities, it is decided to postpone the scheduled Polio NID (National Immunisation Day) round from January 17, 2021, till further notice," according to the letter sent to the Principal Secretary in the Health department of all states.

Union Minister for Health and Family Welfare Harsh Vardhan had said on January 8 that polio immunisation will be carried out on January 17.

"We have decided that on January 17, we are going to have our national immunisation days for polio which will run for two to three days," he had said adding the drive covered aspects like identifying and immunising children left out from vaccination.

The vaccination is very essential to ensure that the nation maintained overall immunity levels against the polio virus, he had said.

The country will launch its Covid-19 vaccination drive from January 16 in what Prime Minister Narendra Modi has called the world's largest inoculation programme with priority to be given to nearly three crore healthcare and frontline workers.

According to the Covid-19 Vaccine Operational Guidelines issued to states for the immunisation drive by the health ministry, the Covid-19 vaccine will be offered first to healthcare workers, and frontline workers and then to persons above 50 years of age, followed by persons younger than 50 years of age with associated comorbidities based on evolving pandemic situation.