The Bureau of Immigration authorities allegedly asked him to leave since his participation in demonstrations. 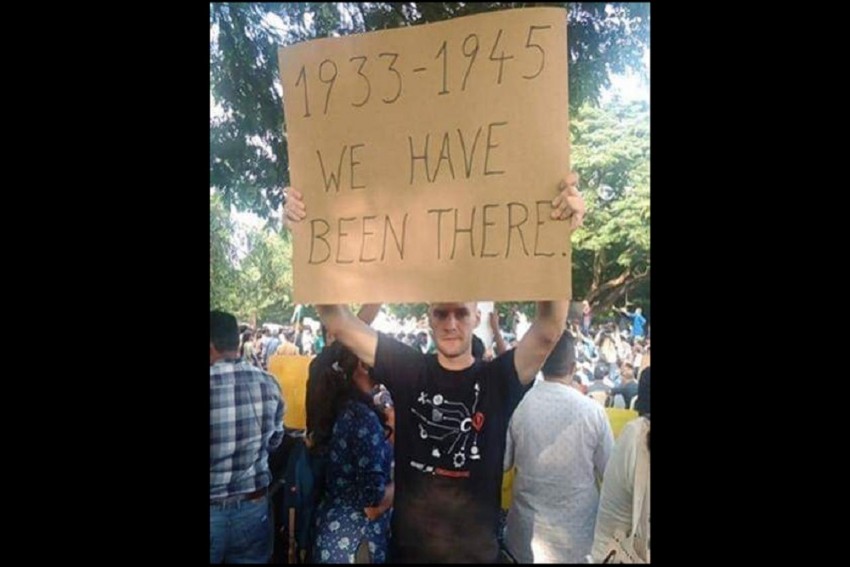 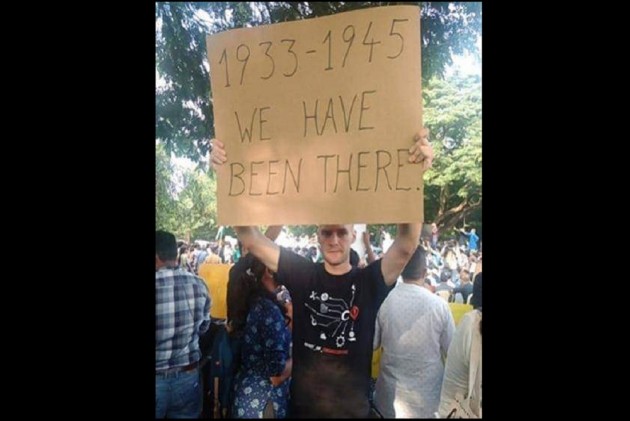 A German student who took part in anti-CAA protests in Chennai last week has left India after Bureau of Immigration authorities allegedly asked him to leave since his participation in demonstrations over domestic issues allegedly violated visa regulations.

Jakob Lindenthal, who was in Chennai on an exchange programme, was attached to the Physics Department of the IIT Madras and he left the country last night, PTI reported. But the Bureau of Immigration was not available for comments.

Holding a placard that said "1933-1945 We have been there", referring to the Nazi persecution of the Jews in Germany in that period, he participated in a protest last week.  He had told co-participants that small measures against Jews had not attracted much attention initially. But such measures eventually led to their mass killings, he had said.

Jakob, who had also taken part in a protest at the institute's Gajendra Circle against the amendment to the Citizenship Act, was a student of the Technical University of Dresden in Germany.

Pursuing his Master's degree, he came to India in July this year and his programme was to end next year at IIT Madras.

Meanwhile, a woman student of the Pondicherry University, who is a gold medal winner, alleged that she stopped from attending the institute's convocation ceremony on Monday. President Ram Nath Kovind was the chief guest at the event

Rabeeha Abdurehim, who hails from Kerala and had done her Masters course in Mass Communication, also refused to accept the gold medal to express solidarity with students
protesting against the Citizenship Amendment Act.

The student claimed she was asked by a senior police officer to leave the auditorium before the commencement of the convocation.

She was allowed into the auditorium only after the President left and an university official continued to present gold medals and certificates to the outgoing graduates.

While she said she did not know the actual reason why she was asked to leave an official in the University told PTI that they did not know what had happened outside.