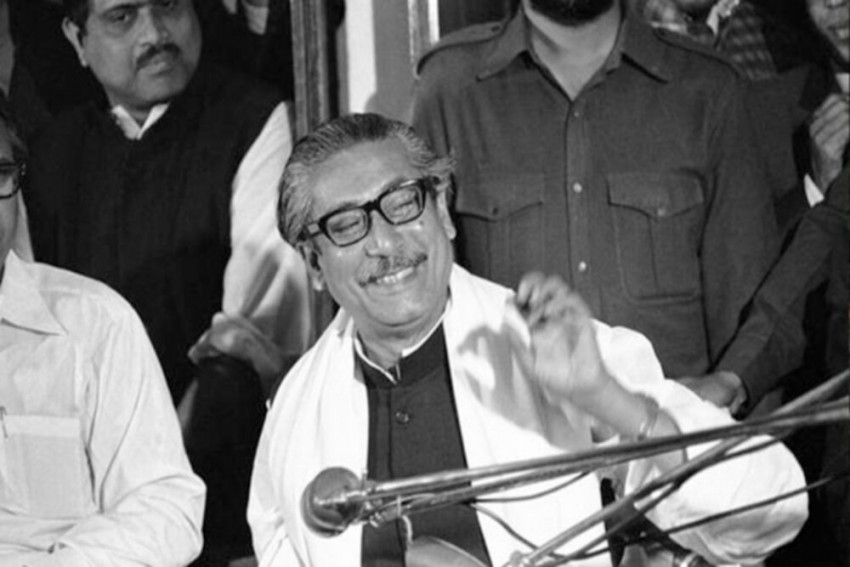 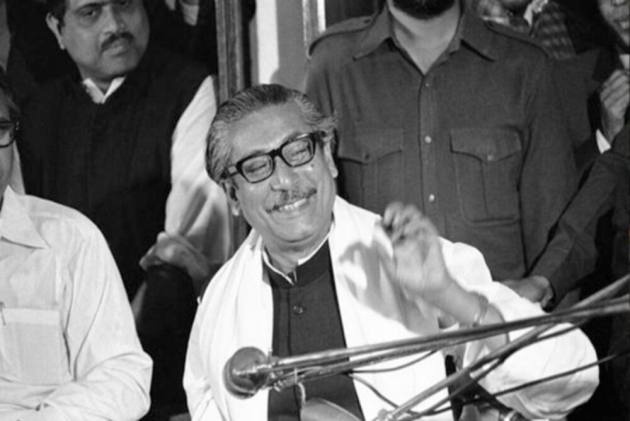 The Gandhi Peace Prize is an annual award instituted by government of India since 1995, the 125th birth anniversary commemoration year of Mahatma Gandhi.

The jury for the Prize is chaired by Prime Minister Narendra Modi and comprises the Chief Justice of India, leader of the single largest Opposition party in Lok Sabha, Speaker of the lower house and the founder of Sulabh International Social Service Organization.

Late Sultan Qaboos bin Said Al Said of Oman was awarded the prestigious prize for the year 2019 in recognition of his vision to strengthen relations with India, and his efforts to promote peace and non-violence in the Gulf region, the ministry said.
The award is open to all people regardless of nationality, race, language, caste, creed or sex.

The jury met on March 19, 2021 and after due deliberations, unanimously decided to select Bangladesh’s “father of the nation,” Sheikh Mujibur Rahman, and Oman’s long-time ruler Sultan Qaboos for the prize, an official statement said.
The award carries an amount of Rs 1 crore, a citation, plaque and an exquisite traditional handicraft/handloom item.

Modi said Bangabandhu was a champion of human rights and freedom, and a hero to Indians as well.

"Bangabandhu's vision continues to light the India-Bangladesh friendship. I had the privilege of honouring his memory during my previous Bangladesh visit and will again pay homage to him, alongside PM Hasina, during the #MujibBorsho celebrations," Modi said in a tweet.

"Year 2020 marked the birth centenary of Bangabandhu. He remains an icon of indomitable courage and tireless struggle for his millions of admirers," he said.

According to the ministry, late Sultan Qaboos, the longest-serving leader in the Middle East and Arab world at the time of his death in 2020, received the prize, in "recognition of his outstanding contributions for social, economic and political transformation through non-violent and other Gandhian methods”.

"His Majesty Sultan Qaboos was a visionary leader whose twin policy of moderation and mediation in addressing international issues won him praise and respect across the globe. He played an important role in supporting peace efforts in various regional disputes and conflicts,” the statement said.

“Sultan Qaboos was the architect of the special ties between India and Oman. He had studied in India and always maintained a special relationship with India. Under his leadership, India and Oman became strategic partners and our mutually beneficial, comprehensive partnership strengthened and scaled newer heights," it added.

The statement said, Modi had recalled the contribution of Sultan Qaboos to India-Oman ties when he passed away by saying that he was “a true friend of India and provided strong leadership for developing a strategic partnership between India and Oman”.

The prime minister had also remembered him as a “visionary leader and statesman” and “beacon of peace for our region and the world.”

"His Majesty Sultan Qaboos bin Said was a strong advocate of India-Oman friendship, and took special care of the welfare of the Indian community in Oman. I cherished my interactions with His Majesty, and benefited from his wise insights on many subjects," Modi said in a tweet.

Gandhi Peace Prize recognises the unparalleled vision and leadership of the late Sultan Qaboos Bin Said in strengthening relations between India and Oman, and his efforts to promote peace and non-violence in the Gulf region, the statement said.