As many as 50 people have lost their lives due to heavy rains and flash floods in Telangana and the state government has pegged the losses at Rs. 5,000 crore. 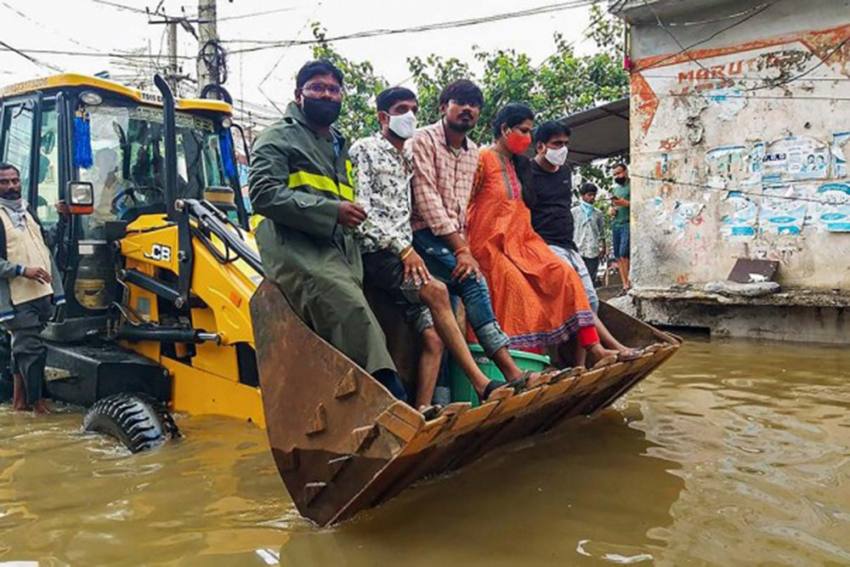 Rescue operation being carried out for locals to move them to safer places following heavy rain, at Singareni Colony in Hyderabad.
PTI
PTI 2020-10-18T09:14:31+05:30 Heavy Overnight Downpour In Hyderabad Leaves Many Areas Flooded 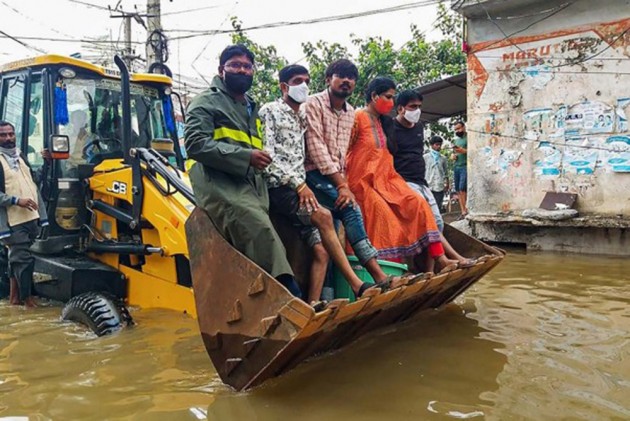 According to official data (from 8.30 AM to 10 pm on Saturday), Singapur Township in Medchal Malkajgiri district received 157.3 mm of rainfall, followed by 153 mm of rain at Bandlaguda near Uppal in the city. Several other areas in the city also witnessed heavy rain. Several low-lying areas in Vanasthalipuram and LB Nagar witnessed flooding.

The Disaster Response Force (DRF) personnel of the Greater Hyderabad Municipal Corporation (GHMC) are continuously working on the field, clearing water stagnations and inundations and all possible measures are being taken, Vishwajit Kampati, Director, Vigilance and Disaster Management of GHMC said.

The state government has been carrying out relief measures in the rain-affected areas, even as some localities, close to water bodies, remain flooded.

The Met office in its forecast for Sunday said light to moderate rain or thundershowers are very likely to occur in some parts of the city. The Met department has also predicted thundershowers at most places in Telangana over the next four days, accompanied by lightning.