Yousuf Abbas and Abdul Aziz Abbas were going to Saudi Arabia to perform Haj when they were offloaded on Thursday from the Madina-bound flight at Allama Iqbal International Airport on the request of the National Accountability Bureau (NAB). 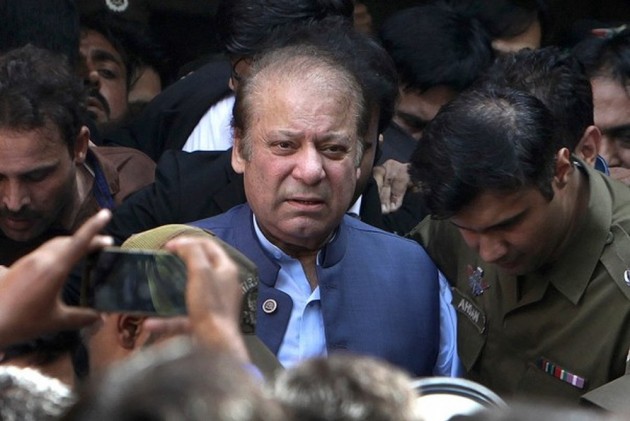 Two nephews of jailed former Pakistan Prime Minister Nawaz Sharif, who are under investigation in the alleged money laundering and income beyond means case, were offloaded from a Haj-bound flight by the immigration officials in Lahore, a media report said Friday.

Yousuf Abbas and Abdul Aziz Abbas were going to Saudi Arabia to perform Haj, when they were offloaded on Thursday from the Madina-bound flight at Allama Iqbal International Airport on the request of the National Accountability Bureau (NAB).

The Federal Investigation Agency (FIA) immigration officials said the two were stopped from travelling, as their names were on the Provisional National Identity List (PNIL), a new Exit Control List-like category introduced recently in immigration laws under which a passenger can be stopped from leaving the country on the request of a government department.

"NAB had recently written to the interior ministry to place the names of Yousuf Abbas and Abdul Aziz Abbas on the PNIL so that they could not leave the country," an official told the Dawn.

He said the two brothers were shareholders in the Chaudhry Sugar Mills (CSM), and had failed to reply to the NAB's queries regarding investments and remittances they received when they appeared recently before a combined investigation team of NAB Lahore.

"Both are facing money laundering and 'income beyond means' investigations in this case along with Nawaz Sharif, Shahbaz Sharif, Maryam Nawaz, Hamza Shahbaz, and others," the official said.

Former Prime Minister Sharif, 69, has been serving a seven-year prison term at the Kot Lakhpat Jail in Lahore since December 24, 2018 when an accountability court convicted him in one of the three corruption cases filed in the wake of the apex court's July 28, 2017 order in the Panama Papers case.

Sharif and his family have denied any wrongdoing and allege that the corruption cases against them were politically motivated.