Nirmala Sitharaman Meets Manmohan Singh Ahead Of Her First Budget

Former Prime Minister Manmohan Singh was the finance minister from 1991 to 1996 in the Narasimha Rao government. 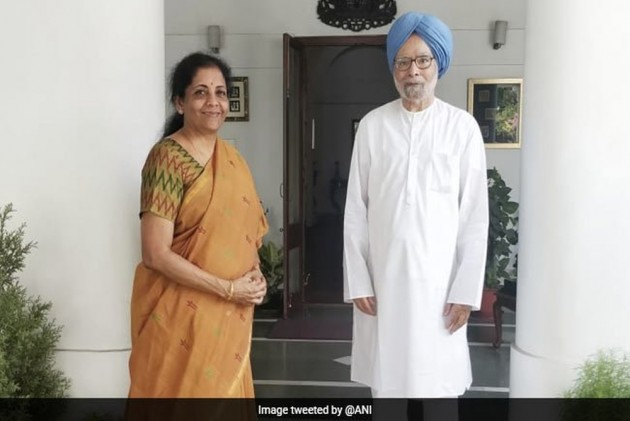 There was no official word on what transpired at the meeting, but it comes ahead of the first budget of the new government to be presented by Sitharaman on July 5 in Parliament.

Singh was the finance minister from 1991 to 1996 in the Narasimha Rao government. He was also the Governor of the Reserve Bank of India from 1982 to 1985, and the Deputy Chairman of the Planning Commission of India from 1985 to 1987. Singh is recognised for the economic reforms he announced in 1991.

On July 5, the BJP-led NDA government will unveil the Union budget for financial year ending March 2020. On February 1, PM Modi had presented the interim budget.