The Kochi International airport had on Friday suspended all operations till Sunday as the runway area in the airport was waterlogged due to floods. 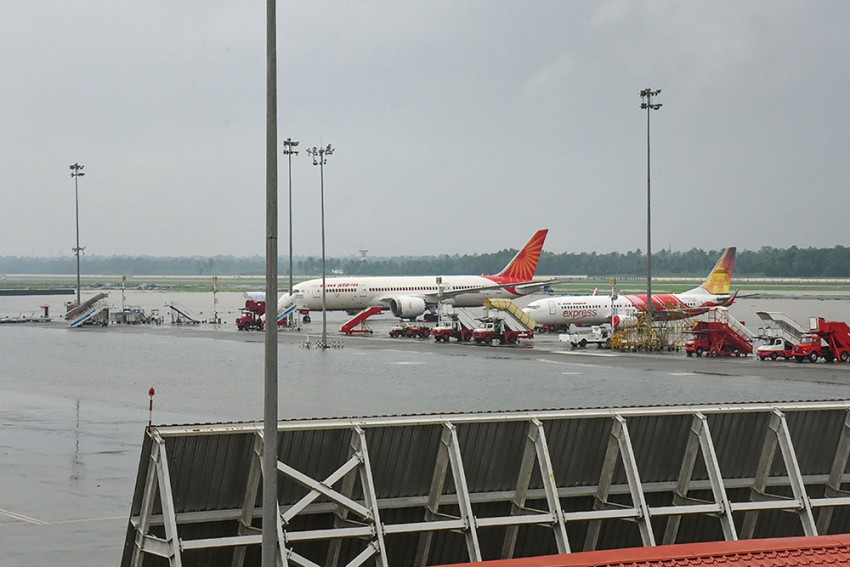 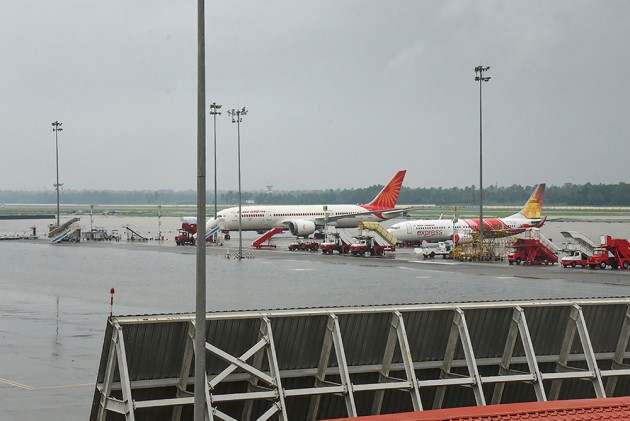 Flight operations from the Kochi international airport will resume at 12 noon on Sunday, an airport official said.

"Airport is ready. Flight operations will resume at 12 noon tomorrow. That is ahead of deadline. Airlines are instructed to facilitate services accordingly," a Cochin International Airport Limited Spokesperson told reporters Saturday.

Earlier, the official said water level in apron areas of the airport was receding and cleaning operations have begun.

"Ferry operation was successfully carried out. Six out of eight stranded aircraft departed, while the remaining two will fly to their destinations tomorrow as scheduled services," he said.

The Kochi International airport had on Friday suspended all operations till Sunday as the runway area in the airport was waterlogged due to floods.

The operations were suspended as there was a rise in water level in Periyar river and a canal adjacent to the airport due to heavy rains.

Heavy rains have been battering Kerala for the past few days and claiming 42 lives, bringing back the memories of the worst floods in August last year.

The airport was rendered non-functional for a fortnight in August 2018 due to inundation.

It had suffered damage to infrastructure, including a 2.6 km long wall that collapsed after the Periyar river overflowed.

The estimated loss was then put between Rs 220-250 crore.