Domestic flights of a few airlines resumed on a cautious note on Monday after they were grounded for over two months due to the Covid-19 induced lockdown. 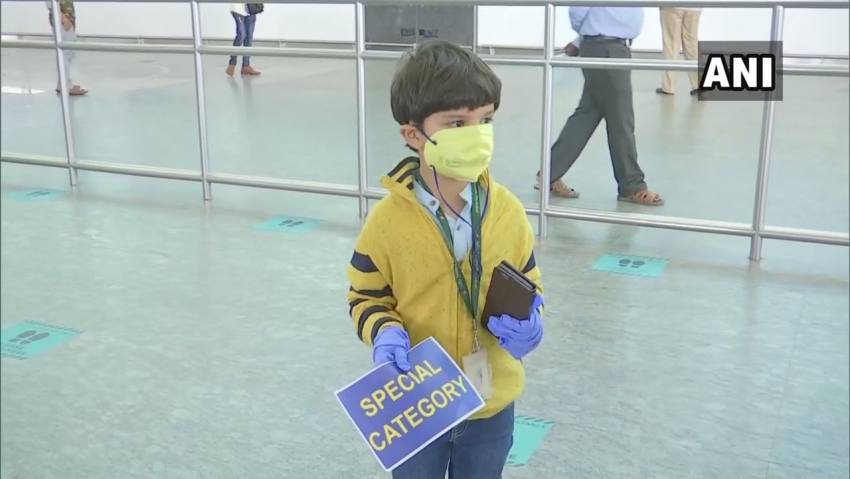 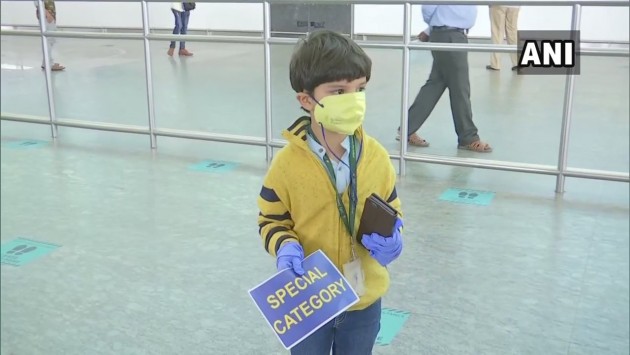 A five-year-old boy flew back to Bengaluru alone on Monday after being stuck in Delhi for two months with his grandparents. The boy had gone to Delhi around three months ago but was stuck there for the past two months as domestic flight services were suspended due to the Covid-19 induced lockdown.

"Welcome home, Vihaan (Sharma)! Bengaluru airport is constantly working towards enabling the safe return of all passengers," tweeted an official of the Kempegowda International Airport (KIA) on his return.

With gloves on, Sharma held a cellphone in his left hand to reunite with his mother, Manjeesh Sharma, who came to pick him up.

Karnataka:Passengers leave from Kempegowda International Airport in Bengaluru, as two flights have landed till now at the airport. A mother who came to receive her son says,"My 5-yr-old son Vihaan Sharma has travelled alone from Delhi,he has come back to Bengaluru after 3 months" pic.twitter.com/oAOsLCi7v9

After the reunion, Manjeesh was seen rolling a suitcase and also carrying a backpack belonging to the young boy. She told the media at the airport, "My five-year-old son Vihaan Sharma has travelled alone from Delhi. He has come back to Bengaluru after three months."

Domestic flights of a few airlines resumed from this tech city on a cautious note on Monday after they were grounded for over two months due to the Covid-19 induced lockdown.

The airport operator -- Bangalore International Airline Ltd (BIAL) -- has geared up to handle around 215 air traffic movements per day, including 108 departures and 107 arrivals.