The damage to the electrical infrastructure has been extensive, with around 3.5 million households in the affected areas still plunged in darkness with no power. 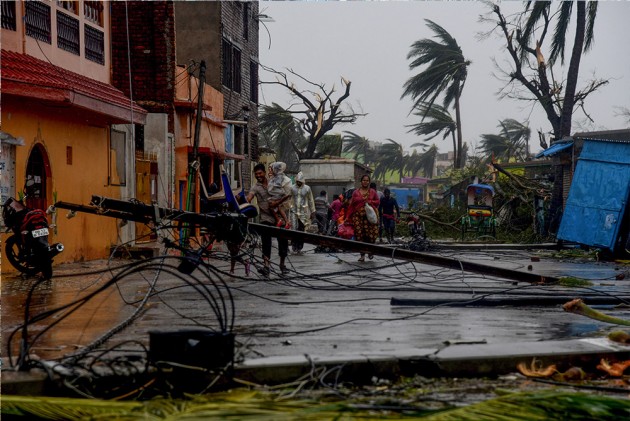 Five days after cyclone Fani hit Odisha, restoring electricity remains to be one of the biggest issues in the coastal state.

The damage to the electrical infrastructure has been extensive, with around 3.5 million households in the affected areas still plunged in darkness with no power. 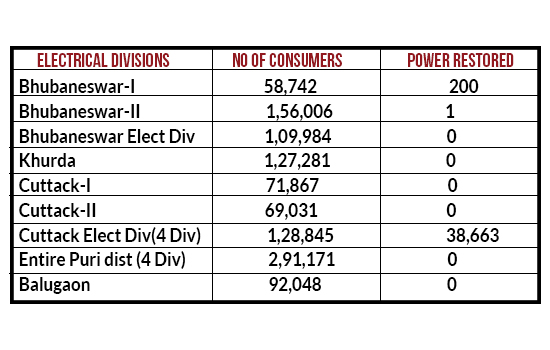 With no power, water supply too has been hit badly. Diesel generator operators are doing brisk business, charging as much as Rs. 1,000 for half an hour, to lift water to the overhead tanks. Those who cannot afford such exorbitant rates are taking to the streets demanding water as the water supplied by the government through tankers is proving hopelessly inadequate.

Generators are also being used to draw water from bore wells, charge mobile phones and run fans, further pushing up the demand for generators.

"We have sought the Centre's help in providing skilled manpower to assist Odisha in restoration of electricity supply in the worst cyclone-hit districts of Puri and Khurda," Chief Secretary A P Padhi told reporters after meeting with Union Cabinet Secretary P K Sinha via video conference.

He said though the state government has been able to restore water supply in Puri and Bhubaneswar by using diesel generators, it has been an uphill task to provide electricity to people in view of massive destruction of power infrastructure.

These people will be deployed in erecting electric poles and draw wire on them which would facilitate the state to restore power supply in a time-bound manner, he said.

However, the Odisha chief secretary did not give any timeline for restoration of electricity service.

During a review meeting, Chief Minister Naveen Patnaik admitted that telecommunication network has completely collapsed in Puri and said the state has urged the Centre to make Mobile Tower on Wheels available in the district to facilitate relief and restoration works.

He said lack of telecommunication has adversely affected relief and restoration works.

Relief distribution work was launched in Bhubaneswar Tuesday and the same will start in parts of Khurda district from Wednesday, Patnaik said.

In absence of drinking water and electricity during the mid-May summer, life in the coastal districts remained derailed even five days after the calamity.