The SC was hearing Rhea Chakraborty's plea seeking transfer of the FIR, accusing her of abetting the actor's suicide, from Patna to Mumbai. 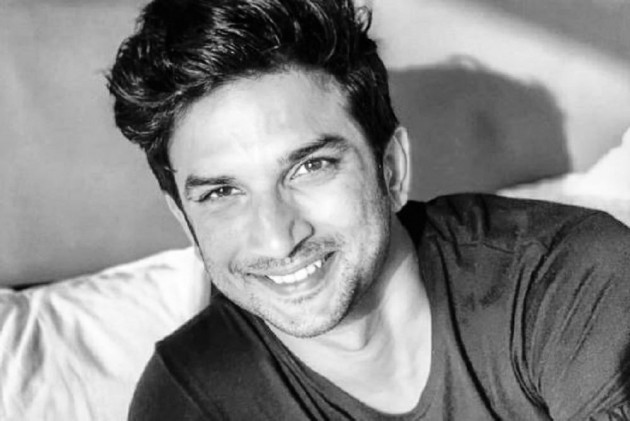 The FIR lodged in Patna in relation to actor Sushant Singh Rajput's suicide in Mumbai is legal and valid, the Bihar government told the Supreme Court on Tuesday and alleged that there was non-cooperation from Maharashtra Police in the case.

Even Rajput's postmortem report was not given to the state police by the Maharashtra police, the Bihar government said.

A bench of Justice Hrishikesh Roy was told by senior advocate Maninder Singh, appearing for Bihar government, that no FIR has been lodged in Mumbai yet on Rajput's death.

He refuted the allegation of political pressure, bias and influence made by actress Rhea Chakraborty.

The hearing was being held on Chakraborty's plea seeking transfer of the FIR, accusing her of abetting the actor's suicide, from Patna to Mumbai.

Singh strongly refuted the allegation that the FIR in Patna was lodged at the behest of Bihar Chief Minister, and referred to the quarantining of a senior police officer from the state in Mumbai.

Senior advocate Shyam Divan, appearing for Chakraborty, told the bench that the FIR lodged by Rajput's father against the actress has absolutely no connection with any offence in Patna.

He said there appears to be considerable amount of state interference and influence and therefore an apprehension of bias.

Divan referred to the time-line in the case and said that there was considerable delay of over 38 days in lodging of the FIR at Patna.

Referring to the complaint filed by Rajput’s father to the police in Patna, he said that all averments mentioned in the complaint are relatable to Mumbai.

He said Mumbai Police has recorded statements of 56 persons in the case and its probe has proceeded quite substantially.

Divan also alleged that a huge media trial was going on parallelly in the case.

Senior advocate Abhishek Manu Singhvi, appearing for Maharashtra, told the bench that he is opposing the jurisdiction of Bihar in investigating the case.

The bench told Divan that in the petition filed by Chakraborty, there is a request related to the CBI investigation. “It is another aspect how the CBI will come in,” it said.

He said there are considerable issues on how Bihar had recommended a CBI probe and how the subsequent orders were issued.

"I (Rhea) stand by what I have stated in my petition and my additional affidavit,” he said.

On August 5, the top court had said that the truth behind the “unfortunate” death of the "gifted and talented artist" should come out.

The Centre had apprised it of having accepted the Bihar government’s recommendation for CBI probe in the matter.

The top court had directed Rajput’s father Krishna Kishore Singh as also Bihar and Maharashtra to respond within three days to the plea of the Bollywood actress.

Rajput, 34, was found hanging from the ceiling of his apartment in suburban Bandra in Mumbai on June 14 and since then Mumbai Police has been probing the case keeping in mind various angles.

Governor's Powers Need To Be Redefined, Else Raj Bhawan Will Continue To Facilitate Coups