The directive to stay away from forests and wildlife areas comes days after a Tiger was found to be Coronavirus positive in New York City, US. 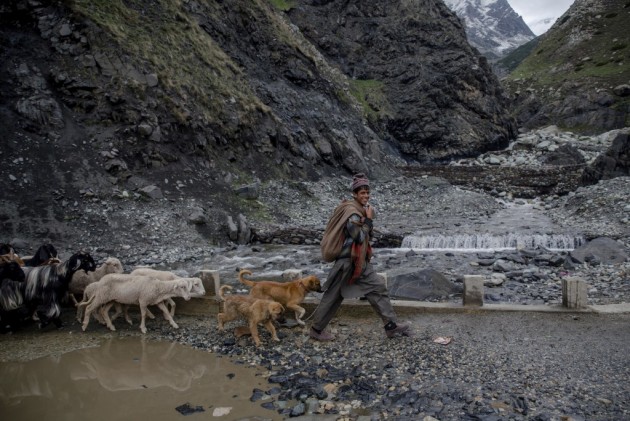 The wildlife department of Jammu and Kashmir has issued an advisory asking people not to venture into forest and wildlife areas for recreational purposes or for collection of minor forest produce. The department has cited a recent case of a Tiger being infected with Coronavirus in the US.

“In view of the Covid-19 cases reported in Jammu and Kashmir, particularly in Kashmir region, also in the wake of a confirmation of SARS-CoV-2(Covid-19) in a Tiger housed in Bronx Zoo, New York, USA, all the zoos and wildlife have been kept on high alert to watch the animals.”

The tiger in New York City became the first animal on the planet to display symptoms after testing positive for the novel coronavirus. The four-year-old female "developed a dry cough, but all are expected to recover".

A Twist In The Tail: Animal World May Not Be Immune To Coronavirus Pandemic

The order says mammals like carnivorous especially leopard, leopard cats, primates are potential threats to the spread of the infection among the wild animals in the forest areas and also transmission from humans to wild animals and vice-versa. The order is silent about domestic cats and dogs and it has not clarified whether they are equally threats or not.

The order further says: "It has come to light that in spite of enforcement of complete lockdown, people living in the fringes of forests and wildlife areas venture into these areas for collection of firewood, morels and other minor forest produce or even for recreational purposes."

Early this week, the wildlife department initiated action against people who killed a leopard in a south Kashmir village. The villagers had killed the leopard after the wild cat attacked people and injured several of them on April 2, 2020. The incident surfaced after a picture of the wild cat being skinned appeared on social media and people start demanding action against people involved in the act.