Narayan Rane Approached Me To Save His Son Nitesh In Mud-Attack Case, Claims BJP Leader

In a video that has surfaced, senior BJP leader Chandrakant Patil promises strict action against Congress MLA Nitesh Rane, the main accused in the mud attack case in which he assaulted an engineer, claiming that Rane's father urged him to 'save' his son. 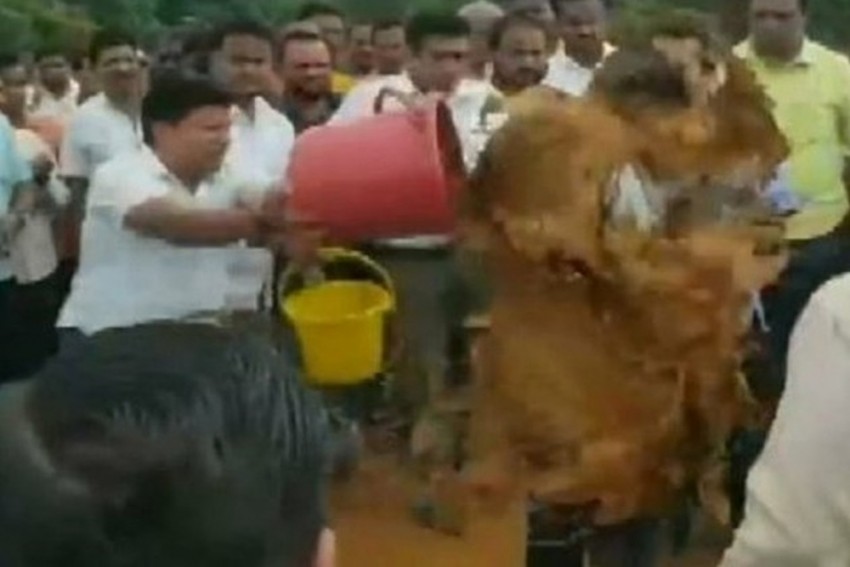 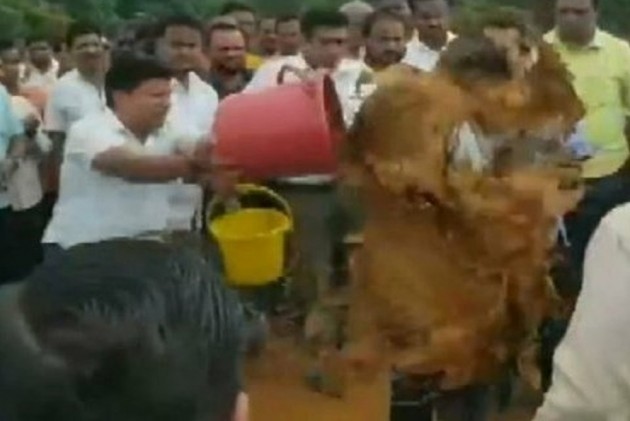 In a video that has surfaced, senior BJP leader and Maharashtra minister Chandrakant Patil claims that Rajya Sabha MP Narayan Rane had urged him to "save" his son MLA Nitesh Rane in the July 4 deputy engineer assault case.

Nitesh Rane, Kankavli MLA, was arrested after he poured mud on National Highway Authority of India deputy engineer Prakash Shedekar while protesting against potholes and slush on the congested Mumbai-Goa highway.

Patil had visited Shedekar's residence in Pune on Friday and made the claim while speaking to the latter's family.

A video of the visit and Patil's claim surfaced on social media on Monday.

In the clip, Patil is heard telling Shedekar's family that he had asked the local superintendent of police and collector to slap attempt to murder charge on Nitesh Rane.

"After the incident, I immediately called up SP and Collector and asked to invoke attempt to murder section in the case.....(Narayan) Rane then urged me to save his son but I asked him what kind of behaviour (of Nitesh Rane) was it," Patil is heard saying in the clip.

This comes after Prime Minister Narendra Modi,  in order to check impunity of lawmakers, had said, "Beta kisi ka bhi ho, manmaani nahi chalegi," with reference to a case in which veteran BJP leader Kailash Vijayvargiya's son Akash, was unrepentant, even after being held up for assaulting a civic official with a bat in Indore.

Chandrakant Patil, in the video, is also heard telling the family that Shedekar had been provided police protection.

Nitesh Rane was charged under section 353 (assault or criminal force to deter public servant from discharge of his duty) among others under IPC and Prevention of Damage to Public Property Act based on the complaint by Shedekar.

He was sent to police custody till July 9.

Speaking later in Baramati, on Monday, about his statement in the clip, Patil said that the mud-pouring incident had affected the morale of officials and it was necessary to initiate action in the case.

Incidentally, after the video of the assault surfaced, Rane had apologised for his son's behaviour.

"I apologise for my son's act of pouring mud on a government official. The protest (against poor condition of the highway) was for the local people," he had said on July 4.