Farooq-Led Alliance Hits Out At Congress After Party Pulls Out

Former Chief Minister Mehbooba Mufti says that yet again through false propaganda, BJP has put Congress on the defensive. 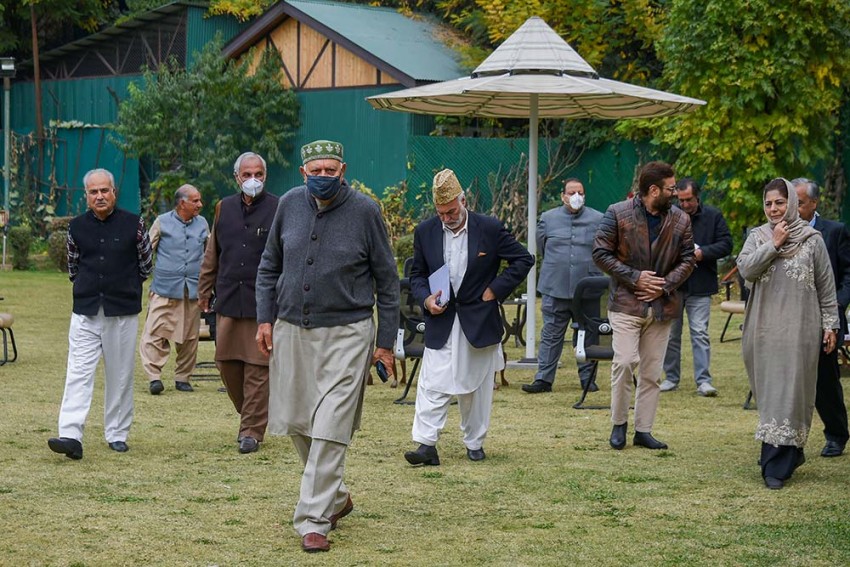 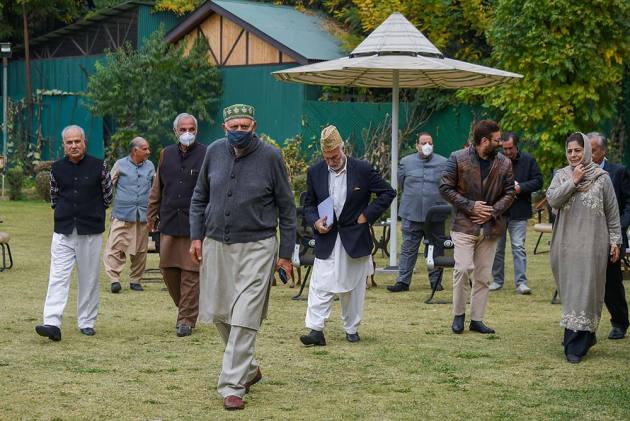 Political parties in Jammu and Kashmir have slammed the Congress party describing it as an apologetic party whose agenda is set by BJP. The scathing attack came after the Congress announced it is not part of the Political Alliance for Gupkar Declaration.

“The state of Congress today is that it’s an apologetic party whose agenda is set by BJP. They want you to support them against BJP’s aggression but will leave you alone when it actually comes to taking action. That has been the case with Muslims in general and Kashmir in particular. They do not have the courage to counter BJP’s false narrative on their own. All it takes BJP to shut any opinion down is to call it “anti-national” and Congress will leave them like cowards,” Ruhullah Medhi, National Conference leader said.

Former Chief Minister Mehbooba Mufti said that yet again through false propaganda, BJP has put Congress on the defensive about its participation in the People’s Alliance for Gupkar Agenda. “The pattern where BJP propagates falsehoods and sets the agenda thereby forcing Congress to toe the same line is why this country lacks a robust opposition,” she added.

“Its a fact that abrogation of Article 370 was illegal and was a constitutional guarantee given to J&K. Yet no national party including Congress will admit it publicly due to the lies spread by BJP. We are living in times where demanding constitutional rights itself is deemed anti-national,” Mehbooba said.

Hours after Union Home Minister Amit Shah on Tuesday asked the Congress to clear its stand on whether it is backing the alliance that is seeking to restore Article 370 Jammu and Kashmir, the Congress said it was neither a part of the Gupkar Alliance nor the six-party bloc of the People’s Alliance for Gupkar Declaration (PAGD) in Jammu & Kashmir.

“Congress left Muslims alone whenever they needed them. They left other minorities alone too and they left us Kashmiris betrayed and alone when we needed them the most to explain to the nation why 370 was not “anti-national”. Why it was the moral national duty to uphold 370. Their conduct in Parliament on August 5, 2019, was disgusting, to say the least. Their pioneer Nehru’s and other founding fathers’ principles, promises and efforts were torn apart and they were apologetically trying to find a middle way passing close to that of BJP’s false narrative,” Mehdi said pointing toward the rule of Congress.

“Congress does not profess their ideology and principles. They every other day apologetically explain how they are not what BJP calls them. They don’t give a counter-narrative to the nation. They only follow what BJP scares them towards. Their own history is re-written by BJP. And they do not have an idea about how to save it. How to counter this aggression. Nehru’s image has been redesigned & they are clueless. Sardar Patel has been stolen from their lap and they didn’t even know. Their ideas of secularism & inclusive India are now bad words,” Mehdi said.

The Gupkar declaration is a resolution passed by the National Conference, People’s Democratic Party, Congress, People’s Conference, and smaller parties including Awami Ittehad Party (AIP) of Engineer Rashid, Jammu and Kashmir Peoples Movement of Shah Faesal, and some smaller parties on August 4, 2019, to defend J&K’s special status. A day later, on August 5, 2019, the BJP government revoked Article 370 amid arrests of around 8000 people including three former chief ministers and enforcing a security and communication lockdown.

This year on August 22, despite the crackdown, the signatories of the resolution except for Engineer Rashid, who is in jail since August last year and Shah Faesal, who has renounced the politics, surprised the government by issuing a joint statement describing abrogation of Article 370 as grossly unconstitutional and a challenge to the basic identity of the people of J&K. After the government announced the elections for district development council polls, the alliance decided to fight the elections together.

Since the state election commission (SEC) announced dates for the conduct of elections to the district development councils in Jammu and Kashmir, the BJP was expecting that the Political Alliance for Gupkar Declaration headed by former Chief Minister Dr Farooq Abdullah would boycott the polls till restoration of Article 370.

However, their participation has unnerved the party. Congress had participated in several meetings with the alliance and had entered into a pact over seat-sharing. But the party after Amit Shah’s statement has backed out causing anger among the alliance partners “Congress is a party without a spine. It should have been on the forefront to defend restoration of Article 370 and it should have condemned its revocation vociferously. It just loves to walk in the middle of the road and suffers from accidents every day,” said a senior NC leader.

BJP Worker In Bengal 'Beaten To death' During Inter-Club Clash