The police had arrested sister and daughter of former Jammu and Kashmir CM Farooq Abdullah in Srinagar when they held a demonstration against abrogation of provisions Article 370. 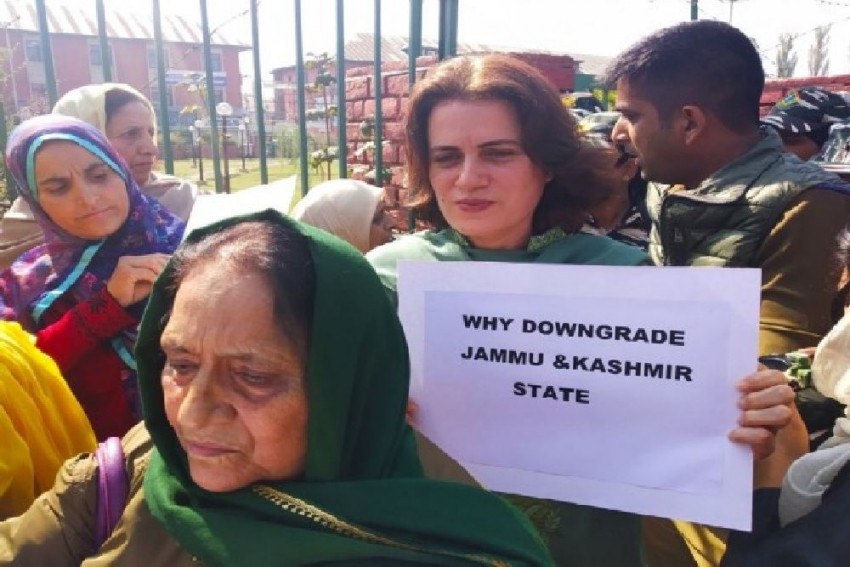 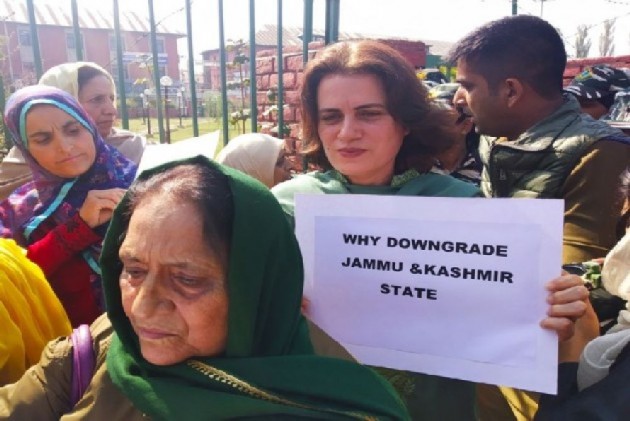 The Jammu and Kashmir police on Wednesday released half-a-dozen women activists who were arrested a day before during a march to protest the abrogation of provisions of Article 370 and bifurcation of Jammu and Kashmir into union territories.

Among those who were arrested included Suraiya Mattoo, sister of former J&K chief minister Farooq Abdullah and his sister Safiya Abdullah Khan, who were leading a group of women activists.

The women protesters were lodged in the central jail in Srinagar.

The detained around 13 women, including Suraya and Safia Abdullah, during the protest against the abrogation of Article 370 and arrest of political leaders in Kashmir Tuesday morning. The women were shifted to Srinagar Central Jail after being charged with violating prohibitory orders under section 144.

In a statement, National Conference said such harsh measures would further alienate the people and delay restoration of normalcy in Kashmir, which was reeling under "fear psychosis and a sense of insecurity" among the people.

"Being kin of former chief ministers should not entail political victimisation, leading to curtailment of liberty and freedom of movement and speech," senior NC leaders said in a joint statement, issued from party headquarters Sher-e-Kashmir Bhavan here.

The National Conference leaders expressed regret over the continued detention of political leaders and common citizens, saying the situation had touched the lowest depths and even the liberty of relatives of those in public life was under severe threat.

"The detention of Suraiya Mattoo and Safiya Abdullah Khan, respectively sister and daughter of Abdullah and the aunt and sister of Omar Abdullah, reflect the sad state of affairs the state is in for the past over 70 days," the statement said.