'Tomorrow, on April 10, the KMP-KGP highway will be blocked for 24 hours (from 8 am, 10th April to 8 am 11th April) as a warning to the government,' said Samyukta Kisan Morcha. 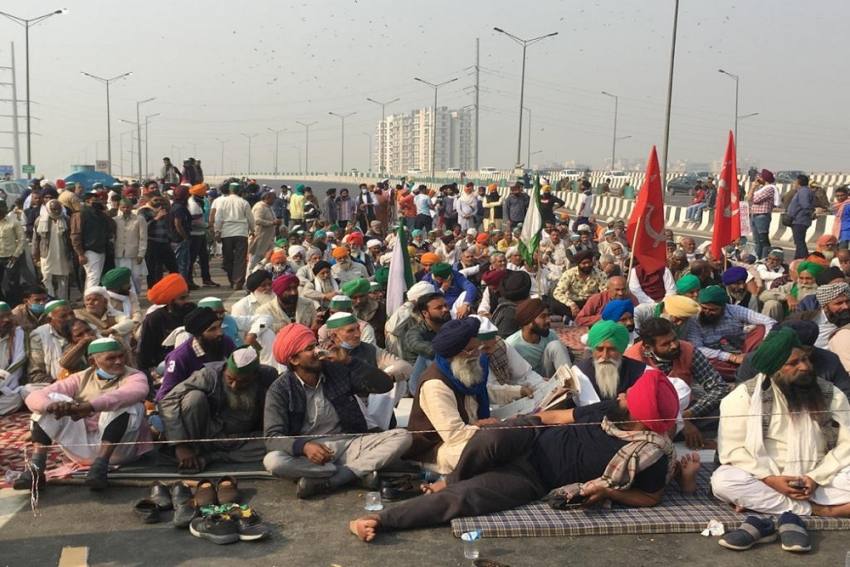 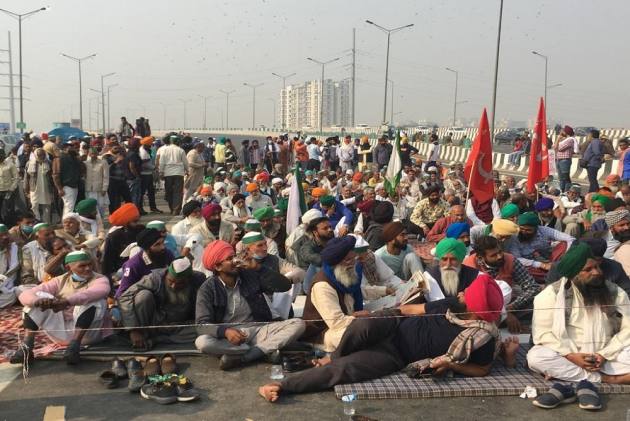 The farmers protesting at Delhi borders against the three agri laws passed by centre, will block the key Kundali-Manesar-Palwal highway for 24 hours starting Saturday morning.

In a statement, the Samyukt Kisan Morcha, an umbrella body of the protesting farmer unions on Friday said, "Tomorrow, on April 10, the KMP-KGP highway will be blocked for 24 hours (from 8 am, 10th April to 8 am 11th April) as a warning to the government,”

The move is a part of the farmers' strategy for a protest this month. These include marking significant historical occasions like the anniversary of Jallianwala Bagh massacre on April 13, and the Ambedkar Jayanti April 14.

"On April 13, the foundation day of Khalsa Panth will be celebrated on the borders of Delhi and at the same time, there will be programmes in the honour of the martyrs on the anniversary of the Jallianwala Bagh massacre.

"The 'Save Constitution Day' and the 'Kisan Bahujan Unity Day' will be celebrated on 14 April. On this day, all the stages of the Samyukta Kisan Morcha will be managed by agitators of Bahujan Samaj and all the speakers will also be Bahujan," the statement noted.

The SKM has urged all dalit-bahujans and farmers to continue their peaceful protest against BJP leaders, who, they alleged, have been spreading "hatred and division".

"On this day (April 14), the Deputy Chief Minister of Haryana is deliberately organising a program in Kaithal.

"We appeal to the farmers and Dalit-Bahujan to protest against this event by reaching in maximum numbers while remaining peaceful," the statement said.

The farmers will also be organising a special event on April 18 to recognise and honour the "participation and dedication of the local people" in the movement.

"Local people will be honoured on the stages and the responsibility of managing the stage will also be given to the local people," the statement said.

Thousands of farmers from all over the country have been protesting against three new farm laws at multiple Delhi borders, saying that the legislations threaten the existing Minimum Support Price system, a claim the government has repeatedly refuted.

Farmers will host week-long celebrations from April 24 that will mark the  completion of 150 days of the movement.

"Week-long special programs will be organised in which along with farmers and labourers, employees, youth, traders, students and other organisations will be called to join the Delhi Morcha," the SKM said.

"In the last week of April, there will be a National convention of organisations supporting the farmers movement across the country, in which plans will be made to intensify this movement nationwide,” the statement added.

Earlier, the farmers had announced that they will undertake a foot march to Parliament in the first fortnight of May, the exact date for which is yet to be decided.