Over 10,000 tractors have reportedly been stopped from proceeding to Delhi at the Singhu border, ISBT to remain shut for the day. 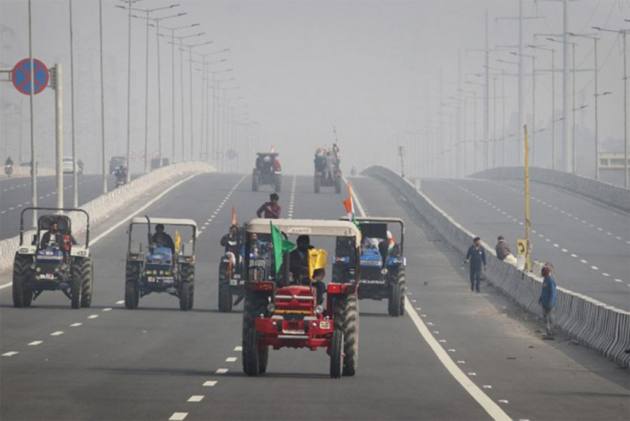 Farmers belonging to 41 farm unions will partake in a tractor parade on Republic Day to protest the Centre’s recent agriculture legislations.

Around 1 lakh tractors are expected to participate in the rally tomorrow, while a thousand others have been prevented from reaching Delhi or have been stuck in traffic jams on Yamuna Expressway, Sonepat, Singhu border and Bijnor.

At Singhu border over 10,000 tractors have reportedly been stopped from proceeding to Delhi, where barricades to prevent entry of protesting farmers is likely to be lifted after the official Republic Day ceremony tomorrow.

There are a large number of tractors stranded at Agra. The level of participation is far more than was anticipated or planned for, say farmer groups.

Thousands of armed personnel have been deployed at the Rajpath and at several border points of the national capital which has been brought under a multi-layered security cover in view of Republic Day celebrations as well as the proposed tractor parade by farmers on Tuesday.

To maintain vigil, around 6,000 security personnel have been deployed by the Delhi police. Facial recognition system of Delhi Police has also been set up at vantage points for suspect identification.

A five-layer security cover comprising of border pickets, inner, middle and outer security has been deployed in and around the city.

Addressing a press conference at the Singhu border on Monday, senior union leader Darshan Pal announced that the protesting farmers will also organise a foot march to Parliament from different locations on Budget day, a move being seen as a pressure tactic.

"We will march to Parliament on foot from different locations on Budget Day on February 1. As far as tomorrow's tractor rally is concerned, it will give the government an idea of our strength and they will know that our agitation is not just limited to Haryana or Punjab but it is a nation-wide agitation," Pal said.

Meanwhile, the interstate bus terminus (ISBT) at Anand Vihar will remain closed on Tuesday as a precautionary measure in view of the proposed tractor parade by farmers protesting the Centre's new farm laws, officials said.

Enacted in September last year, the three farm laws have been projected by the Centre as major reforms in the agriculture sector that will remove middlemen and allow farmers to sell their produce anywhere in the country.

However, the protesting farmers have expressed apprehension and claimed that the new laws would pave the way for eliminating the safety cushion of minimum support price and do away with the 'mandi' (wholesale market) system, leaving them at the mercy of big corporates.