On the 70th Republic Day on Friday, a teary-eyed Mahajabeen, a teacher and mother of two who was accompanied by Wani's mother, received the award from President Ram Nath Kovind. 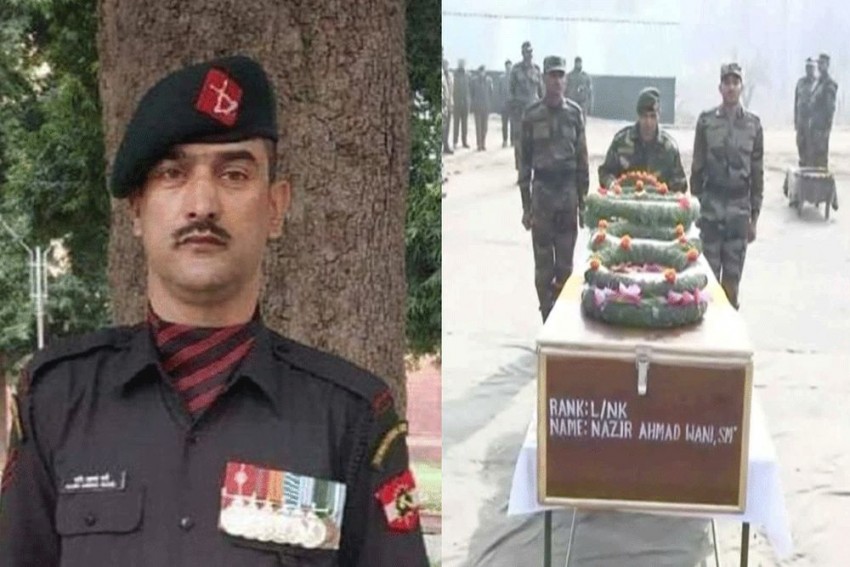 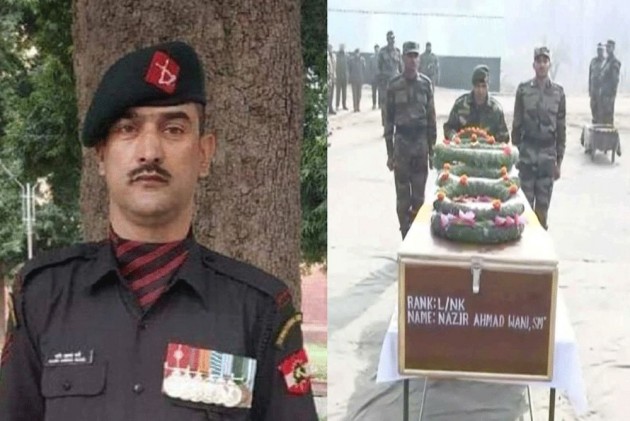 Lance Naik Nazir Ahmad Wani, a militant-turned-soldier who laid down his life fighting a group of terrorists in Shopian in Kashmir in November, was awarded the Ashoka Chakra by President Ram Nath Kovind Saturday.

The award -- India's highest peacetime gallantry honour -- was received by Wani's wife and mother at the Republic Day celebrations at Rajpath. Wani is the first Kashmiri to be conferred the Ashoka Chakra.

On November 25, 38-year-old Wani, hailing from Cheki Ashmuji in Kulgam district of Jammu and Kashmir, lost his life in a counter-terror operation against six terrorists in Hirapur village near Batgund in Shopian.

Under intense hail of bullets from the terrorists, he eliminated the 'district commander' of the Lashkar-e-Taiba (LeT) and one foreign terrorist in a daring display of raw courage, Army officials said.

In the ensuing gunfight, he was hit multiple times including on his head. He also injured another terrorist before succumbing to his grievous wounds, they said.

According to the citation, Wani single-handedly killed two terrorists during the Shopian operation and injured a third one despite receiving serious injuries.

"In an unparalleled saga of sacrifice, Lance Naik Wani prevented escape of the terrorists from the target house and made a huge contribution in neutralisation of six hardcore terrorists, in the process laying down his life upholding the highest tradition of the Indian Army," it said.

One of his colleagues, who wished not to be named, said he always volunteered for challenging missions, displaying great courage under adverse conditions and exposing himself to grave danger on numerous occasions in the line of duty.

Wani was from a humble background and used to work for the benefit of the underprivileged sections of society in his locality.

Ashoka Chakra is the highest peacetime military decoration for valour, courageous action or self-sacrifice away from the battlefield.