Wayanad-based Vasantha Kumar was among the 40 CRPF personnel who were killed in Awantipora in an attack orchestrated by Pakistan-based Jaish-e-Mohammad (JeM). 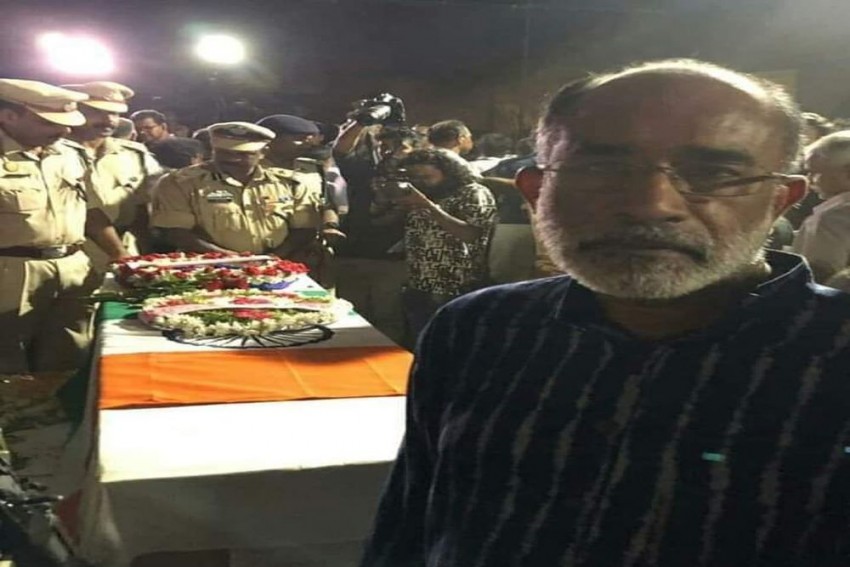 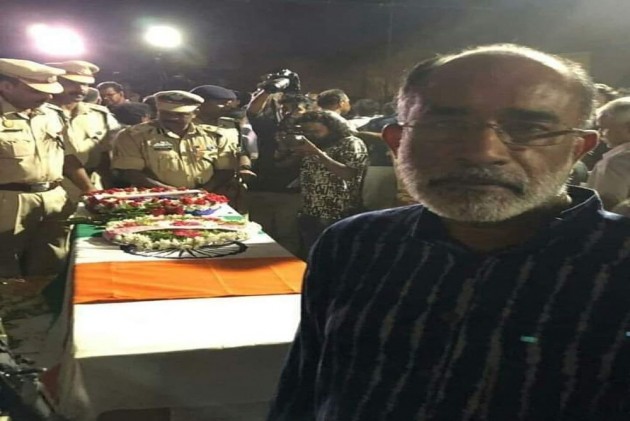 After drawing flak for allegedly posting a selfie with the mortal remains of a slain CRPF soldier, Union Minister KJ Alphons alleged that some miscreants circulated his photograph on social media to tarnish his reputation.

In a letter to Kerala's Director General of Police (DGP), the Union Minister said that he was attending the last rites of Vasantha Kumar at Wynad on February 16.

"I attended the last ceremonial rites of Vasantha Kumar, who sacrificed his life for the nation, on February 16 at Wynad. Some person had taken my photographs standing near the coffin. My media secretary had put the same on Facebook," Alphons said.

"Alleging that the photo was a selfie taken by me, some miscreants had spread false news against me on social media. The act of those miscreants reduced my reputation in the public, which is an offence punishable under the provisions of IPC," he added,

Saying that it was "uncharitable", "unbecoming and illegal" to spread false news regarding a sensitive issue involving a CRPF soldier who laid down his life for the nation, Alphons said appropriate action should be taken against the culprits under the law.

"It's uncharitable, unbecoming and illegal to spread false news when I, representing the nation as a Union Minister, was paying homage to a jawan who laid down his life for the nation. Kindly take appropriate action against culprits and bring them before the law," he urged.

A photo of Alphons standing next to the coffin of a CRPF soldier who was killed in the Pulwama terror attack had gone viral, with many condemning the minister for choosing to click a selfie at the funeral of a jawan.

Wayanad-based Vasantha Kumar was among the 40 CRPF personnel who were killed in Awantipora in an attack orchestrated by Pakistan-based Jaish-e-Mohammed (JeM).

The convoy of 78 buses, in which around 2500 CRPF personnel were travelling from Jammu to Srinagar, came under attack around 3.15 pm at Ladhu Modi Lethpora on February 14.

An explosive-packed SUV rammed into a bus carrying paramilitary personnel, killing all on board. It was the worst-ever attack in Jammu and Kashmir since militancy erupted in the state in 1989.