Khattar Govt Has Fallen In The Eyes Of People, Says Bhupinder Singh Hooda

On Wednesday, the BJP-JJP government in Haryana survived the floor test, comfortably defeating the no-confidence motion moved against it by the main opposition Congress. 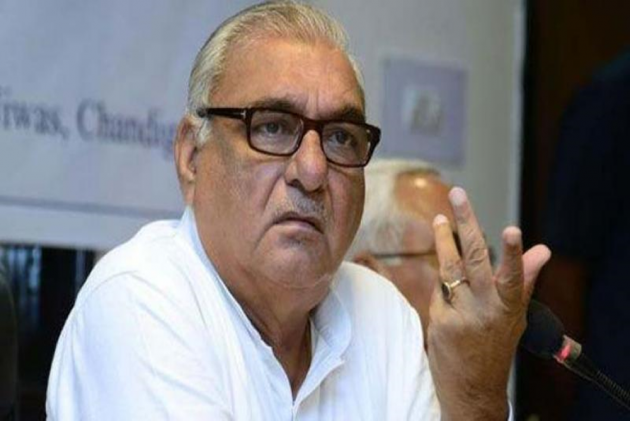 Hours after Manohar Lal Khattar government won the no-confidence motion moved against it by the Opposition, former Haryana chief minister Bhupinder Singh Hooda said the state government has “fallen in the eyes of the people”.

On Wednesday, the BJP-JJP government in Haryana survived the floor test, comfortably defeating the no-confidence motion moved against it by the main opposition Congress.

The motion was defeated following division of votes.

“The Jannayak Janta Party (JJP) and (five of seven) independent MLAs, who are allies of the government, had a chance to vote for the farmers and fulfil their responsibility of being people's representatives,” Hooda told reporters.

He said even though Congress had limited strength in the House, “we stood with the farmers firmly in the House and performed our responsibility. We voted against the government which lathi-charged farmers, fired tear gas shells, used water cannons during the peak winter and implicated them in false cases”.

“The government may have survived the no-confidence motion, but it has fallen in the eyes of the people,” the Leader of the Opposition said.

On his demand of secret voting on the no-confidence motion being turned down by Speaker Gian Chand Gupta, Hooda said, “This clearly shows that the government feared that many of their MLAs would vote in support of the motion”.

“Congress legislators raised issues ranging from atrocities on farmers, rising unemployment, inflation, corruption and crime. Instead of giving factual and clear answers on all issues, the government continued with their political rhetoric in the House,” he claimed.

The Congress' motion of no confidence against the BJP-JJP government in the Haryana assembly was defeated on Wednesday with 55 members of the ruling combine, including five Independents voting against the motion, while 32 members from the opposition camp backed it.