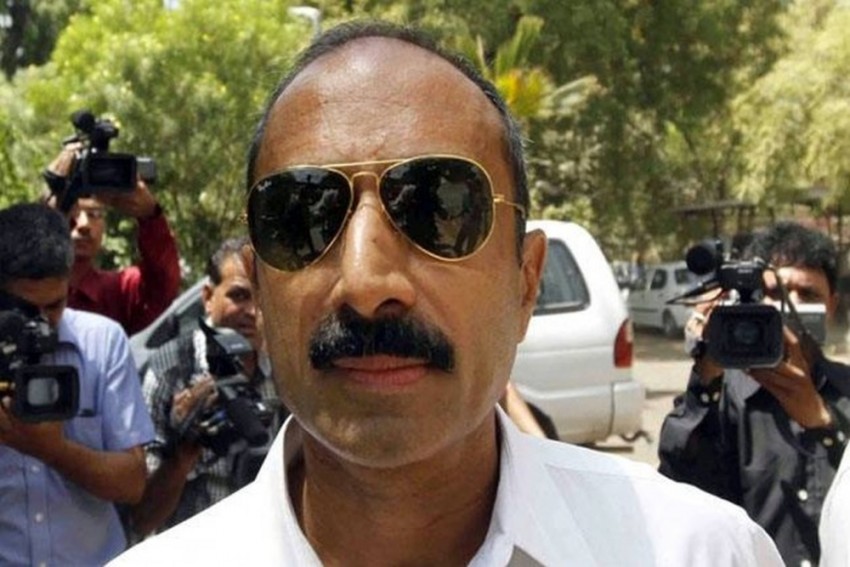 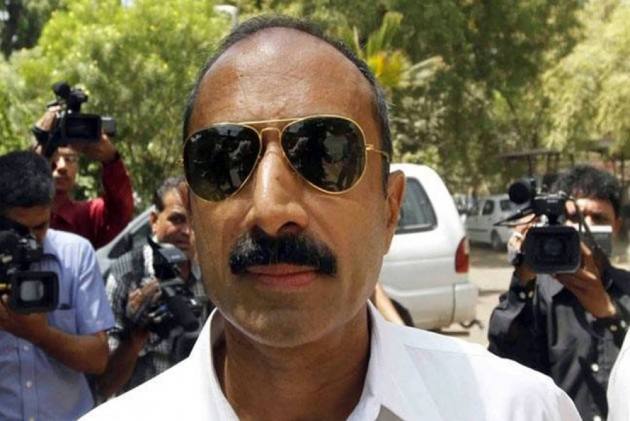 The District and Sessions Court, Jamnagar, on Thursday convicted former IPS officer Sanjiv Bhatt and another police officer, Pravinsinh Zala, of murder in the 1990 custodial death case and handed them life imprisonment.

Bhatt, who earlier filed an affidavit in the Supreme Court against the role of then Gujarat chief minister Narendra Modi in the 2002 riots in the state, is currently behind bars in another case of falsely implicating a man for alleged possession of drugs.

He was suspended from the Indian Police Service in 2011 and sacked by the Ministry of Home Affairs in August 2015 for 'unauthorised absence' from service.

The court of sessions judge D N Vyas on Wednesday convicted Bhatt and police constable Pravinsinh Zala under Indian Penal Code Section 302 (murder) and sentenced them to life in jail in the 29-year-old custodial death case.

The court also convicted five other policemen - sub-inspectors Dipak Shah and Sailesh Pandya, and constables Pravinsih Jadeja, Anopsinh Jethva and Keshubha Jadeja - in the case and sentenced them to two years in prison.

"Injustice is very apparent. We will fight against this injustice. But I will be able to make further comments only after consulting my lawyers," Shweta Bhatt, who contested the Assembly election against Modi from Maninagar in Ahmedabad in 2012, told PTI

On October 30, 1990, then additional superintendent of police Bhatt detained around 150 people following a communal riot in Jamjodhpur town after a 'bandh' call against the halting of veteran BJP leader L K Advani's 'rathyatra' for the construction of a Ram temple in Ayodhya.

One of those arrested, Prabhudas Vaishnani, died in a hospital after his release.

Vaishnani's brother later lodged an FIR against Bhatt and six other police officials, accusing them of killing his sibling by torturing him in detention.

During the trial, prosecutor Tushar Gokani argued that Bhatt's role in the "torture" of the victim was evident.

The case against Bhatt remained pending for years as the state government did not give its nod for prosecuting him at that time.

The government later gave permission for the prosecution of Bhatt and others in the case.

On September 5, 2018, Bhatt was arrested in connection with another 23-year-old case of falsely implicating a man for alleged possession of drugs. The case is under trial.

"After the complete trial in 1990 Jam Jodhpur custodial death case, Jamnagar Sessions Court today booked accused Sanjeev Bhatt and Pravinsinh Jhala under section 302 while the others are booked for torturing. For IPC 302 minimum punishment is life imprisonment and the maximum is death," prosecutor Gokani told media after the hearing.

On June 12, the Supreme Court had refused to entertain Bhatt's plea seeking to examine 11 additional witnesses the custodial death case.

A vacation bench of justices Indira Banerjee and Ajay Rastogi said that a three-judge bench had already passed an order on May 24 on a similar plea and therefore it cannot entertain the petition.

Bhatt made headlines when he alleged in an affidavit before the Supreme Court that after the Godhra train burning incident of February 27, 2002, Modi, at a meeting, asked senior police officers to let the majority community vent its anger.

The Special Investigation Team appointed by the apex court to investigate the 2002 riots concluded that Bhatt, being a very junior officer then, was not present at the meetin

India Dismisses Claims Of Having Agreed To Hold Talks With Pakistan