Seven out 12 elephants die of electrocution in recent months 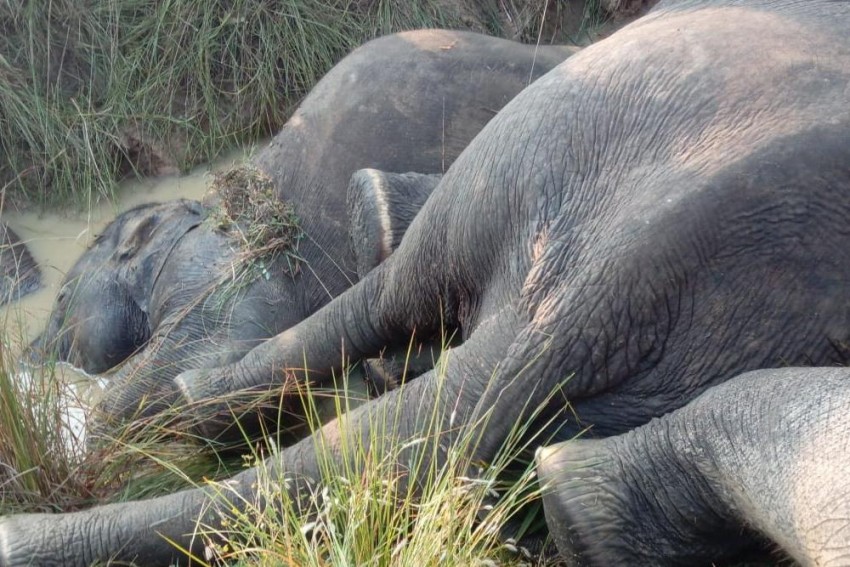 An elephant was electrocuted to death after coming in contact with an electric fence in West Bengal's Jalpaiguri district on Saturday, forest officials said.

One person was arrested by the police for erecting the electric fence, chief wildlife warden V.K. Yadav told reporters.

"Prima facie, it appears the elephant died due to electrocution but it can be confirmed only after post-mortem examination," he said.

Residents of Khairkata Basti in Nagrakata block spotted the carcass of the elephant in the morning and informed the officials concerned, forest ranger Raj Kumar Layek said.

The elephant had come in contact with an electric fence erected by a man to protect his house from wild animals, the officer said.

Another elephant had died of electrocution in the Bamandanga tea garden in Nagrakata block on Friday, sources said.

The forest department, which has recently launched a campaign to prevent electrocution deaths of elephants, will circulate an advisory to all the tea gardens for taking anti- electrocution steps, the chief wildlife warden said.

Twelve elephants have died in north Bengal in recent months, of which seven due to electrocution, forest department sources said.

Chavang Kut: A Beautiful Festival Of Peace And Unity