On Sunday, Rahul Gandhi had urged people to protest the new EIA 2020 draft, saying it was 'dangerous' and, if notified, the long term consequences would be 'catastrophic'. 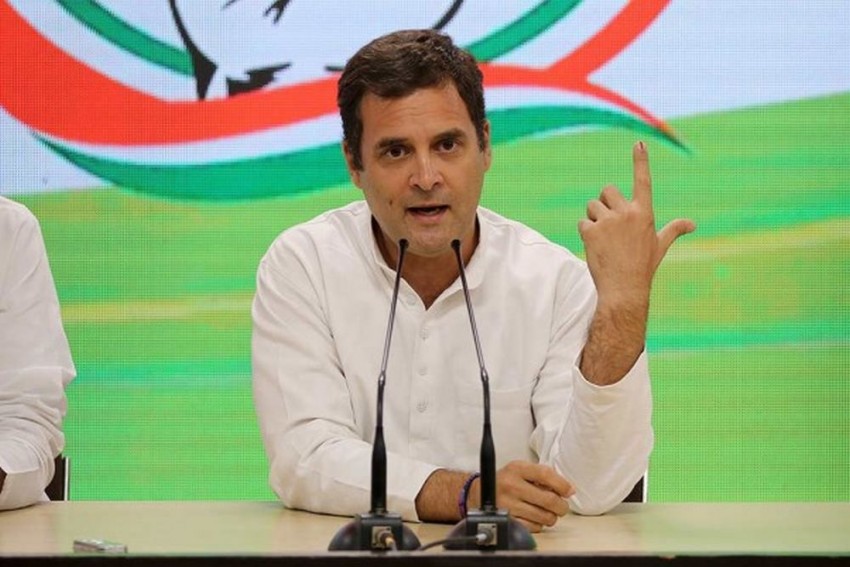 Congress leader Rahul Gandhi on Monday stepped up his attack on the Centre over the draft environment impact assessment (EIA), saying it must be withdrawn to stop "environmental destruction".

Gandhi alleged that the aim of EIA 2020 draft was clear -- "loot of the nation".

"This (EIA) is another dreadful example of what the BJP government has been doing for its select suit-boot 'friends' who loot the resources of the country," Gandhi alleged.

"EIA 2020 draft must be withdrawn to stop #LootOfTheNation and environmental destruction," he tweeted.

The draft EIA notification, which involves procedure of issuing environmental clearances to various projects, was issued by the Environment Ministry in March and public suggestions were invited.

The Environment ministry had earlier said it would not extend the deadline for people to give suggestions and opinions beyond June 30, but later gave time till August 12.

On Sunday, Gandhi had urged people to protest the new EIA 2020 draft, saying it was "dangerous" and, if notified, the long term consequences would be "catastrophic".

In a Facebook post using the hashtag 'WithdrawEIA2020', Gandhi had slammed the government over the EIA, 2020, draft, saying it was not only "disgraceful", but "dangerous".

"Not only does it have the potential to reverse many of the hard fought gains that have been won over the years in the battle to protect our environment, it could potentially unleash widespread environmental destruction and mayhem across India," he had said.