‘Various provisions in these rules can place unreasonable restrictions on digital news media, and consequently media at large,’ the Guild said. .

The Editors Guild of India [EGI] on Saturday expressed deep concern over the notification of Information Technology (Intermediary Guidelines and Digital Media Ethics Code) Rules 2021, which “fundamentally alter how publishers of news operate over the Internet and have the potential to seriously undermine media freedom in India.”

According to the guild, these rules, issued under the Information Technology Act, 2000, “empowers the Union Government to block, delete, or modify published news anywhere in the country without any judicial oversight and mandate all publishers to establish a grievance redressal mechanism. Various provisions in these rules can place unreasonable restrictions on digital news media, and consequently media at large.”

According to release, “the EGI is concerned that the Government did not consult stakeholders before notifying these far-reaching rules. The Guild urges the Government to put the rules in abeyance and conduct meaningful consultation with all stakeholders.The government must take note of the fact that in the name of reining an unfettered social media it cannot overwhelm India’s constitutional safeguards for free media that has been the cornerstone of our democracy.” 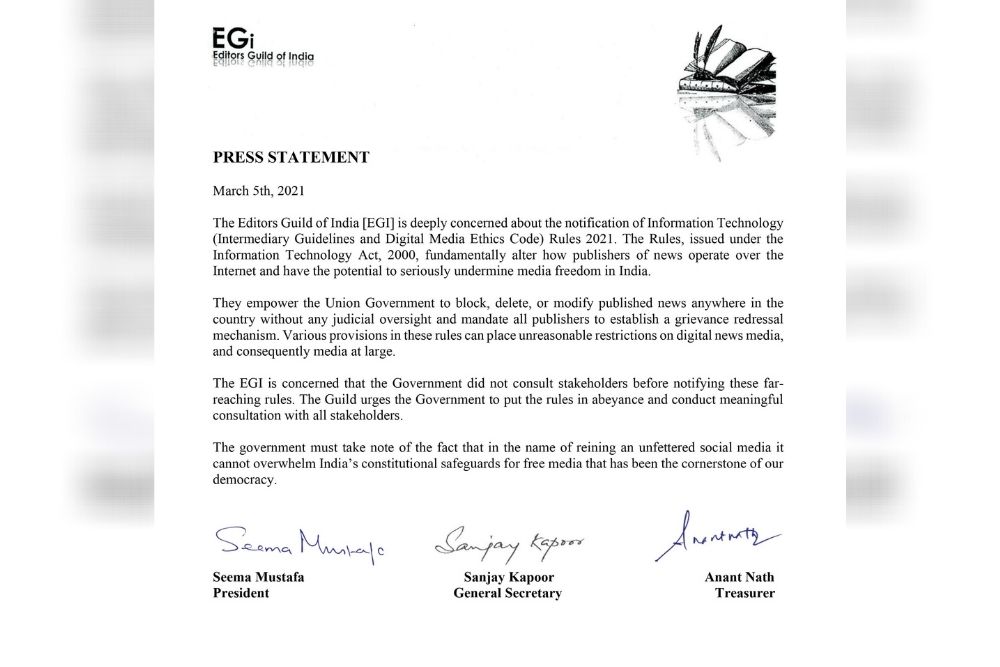 Don't Want People's Livelihood To Be Affected, Covid Curbs To Be Eased As Soon As Possible: Kejriwal