The university, set up in 2009 by a trust promoted by Raj Kumar Rana, is allegedly involved in a scam related to the sale of 4,500 ‘fake’ degrees. 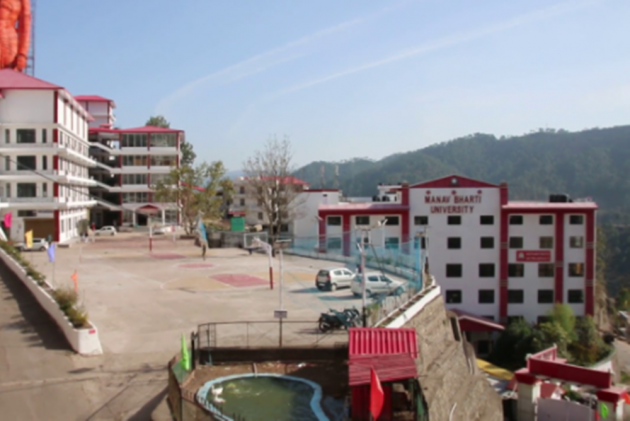 In the first-ever case of its kind in the country, the Enforcement Directorate (ED) has attached property --- both residential and commercial --- FDs and land worth Rs 194.17 crore belonging to a promoter of controversial Manav Bharti University (MBU) in Himachal Pradesh.

The university, set up in 2009 by a trust promoted by Raj Kumar Rana, is allegedly involved in a scam related to the sale of 36000 “fake” degrees.

The Himachal Pradesh government had set up a high-level Special Investigation Team (SIT) headed by additional DGP (intelligence and crime) N. Venugopal to probe the allegations of fake degrees but eventually also turned out to be a case of money laundering as Rana made huge assets, spread in 17 states, including Rajasthan, Haryana, Jammu and Kashmir, Jharkhand, Madhya Pradesh, Punjab and Kerala.

Himachal Schools To Reopen On Feb 1, Colleges From Feb 8 As Covid Cases Drop

As a result, Rana, apart from his wife Ashoni Kanwar, son Mandeep Rana and daughter Aaina Rana, have been booked under the Prevention of Money Laundering Act (PMLA).

“Rana had purchased properties worth hundreds of crores of rupees in his name and family members through the proceeds raised from the sale of 36000 fake degrees in Himachal and elsewhere in the country in the past one decade,” director-general of police Sanjay Kundu told Outlook here.

“All his three family members—wife Ashoni Kanwar son and daughter are in Australia and efforts for extraction are underway ", he added.

Kundu said the ED told him on Friday confirming the orders to attach the assets of Rana at all the places investigated by the SIT. These include land and commercial properties worth Rs 186 crore and six FDs amounting to Rs 7 crore.

“I am told this is the first case of its kind in the history when such a success has been made by the state police, ED and income tax to attach assets belonging to a single promoter of an educational institution,” the DGP said.

He said the development was “just a tip of the iceberg in a multicrore-rupee scam and money-laundering case”.

Kundu said, “The SIT will also look into circumstances how Manav Bharti Trust was given Letter of Intent (LOI) by the state government, which initially had rejected their proposal in 2008 but later accepted in 2009.”

Rana was arrested in the case last year but later granted bail.

The DGP complimented the SIT for the breakthrough, its focussed and evidence-based investigations done mainly during the Covid pandemic. “SIT’s task is still on and more revelations are expected,” Kundu said.