Governor visits Mamata in hospital who alleged that four or five people might have deliberately pushed her causing the injury. 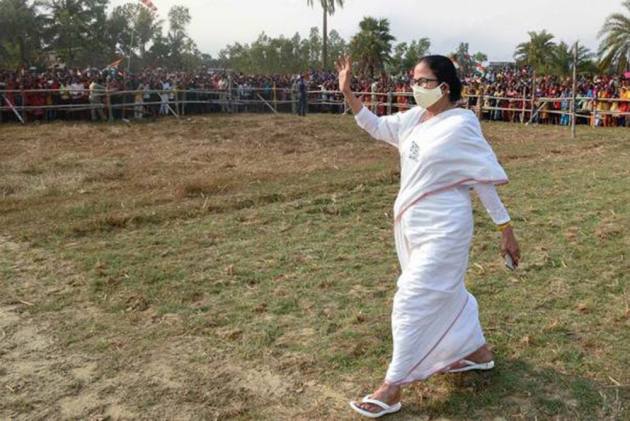 The Election Commission of India (ECI) on Wednesday sought a report from the state police on the alleged attack on West Bengal Chief Minister Mamata Banerjee at Nandigram constituency, in which she was injured, an official said.

Late tonight, West Bengal Governor Jagdeep Dhankhar arrived at SSKM Hospital in the city to see Mamata Banerjee amid chants of “go back” by Trinamool supporters.

The Trinamool Congress supremo was injured in the leg after being allegedly pushed by unidentified people near a temple in the Reyapara area during campaigning at Nandigram, where the BJP pitted her protégé-turned-adversary Suvendu Adhikari against her.

“We have sought a report from the state police administration. The report must be sent quickly," the official of the state CEO's office said.

Mamata alleged that no local police personnel were near her when four or five people might have deliberately pushed her causing the injury.