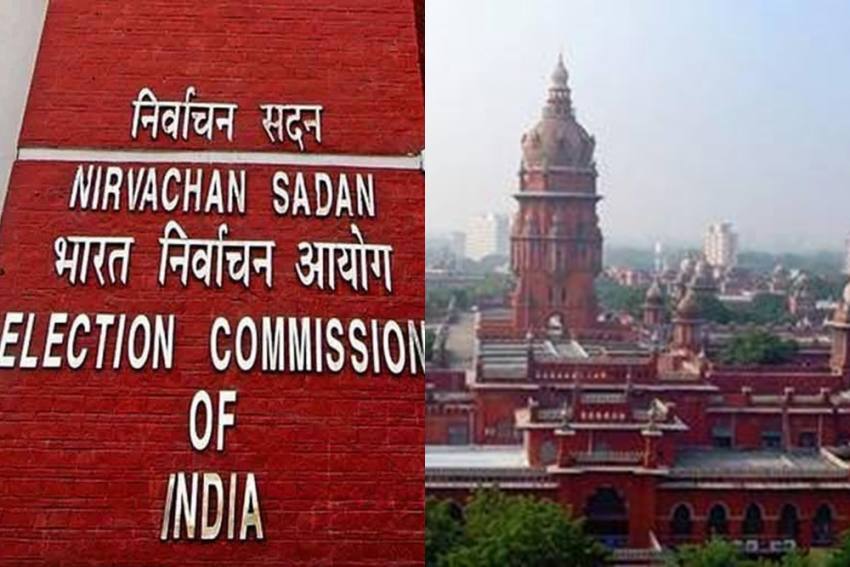 The Madras High Court had condemned the Election Commission of India for allowing political parties to carry on with rallies even as the country is battling Covid-19.
File photo
Outlook Web Bureau 2021-04-30T11:11:23+05:30 EC Asks Madras HC To Stop Media From Reporting On Court Oral Observations 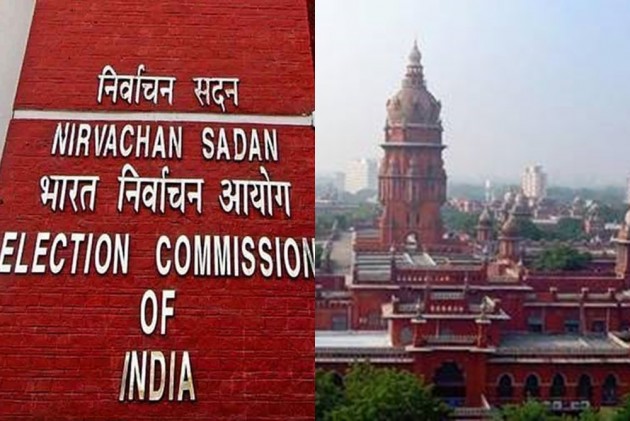 “These reports have tarnished the image of the Election Commission of India as an independent constitutional agency that is entrusted with the constitutional responsibility of conducting elections,” said the poll body.

It also said a police complaint had been filed against the Deputy Election Commissioner accusing him of murder in West Bengal after the media reported on the oral observations.

“No one must be permitted to report on the proceedings of this court that are not borne out by the record, especially when the detailed order is made available. There was no occasion for this court to make such observations since the campaigning in Tamil Nadu ended back in April 4,” the Election Commission argues.

The Madras High Court had condemned the Election Commission of India for allowing political parties to carry on with rallies even as the country is battling Covid-19. Justice Sanjib Banerjee said, "Election Commission officers should be booked on murder charges probably.” When the election commission’s counsel said that measures have been taken to curb the spread of coronavirus, the Chief Justice said, "Were you on another planet when political rallies were being held?"

"Public health is of paramount importance and it is distressing that constitutional authorities have to be reminded in such regard. It is only when a citizen survives that he'll be able to enjoy the rights that a democratic republic guarantees,” Chief Justice Banerjee told the Election Commission.

On Thursday, the Madras High Court pulled up the Centre over its alleged lapse in taking prompt action in containing the Covid-19 pandemic, wondering what it was doing for 14 months. Chief Justice Sanjeeb Banerjee said there was a need to act on expert advice and not adhocism.

"Why are we acting only now in April, though we had one full year?" the CJ asked when Additional Solicitor General R Sankaranarayanan told the court that the resurgence of the second wave of the virus was 'unexpected'.

‘Why Are We Acting Now, Though We Had A Year? Madras HC Slams Centre Over Covid Situation