e-RUPI connects the sponsors of the services with the beneficiaries and service providers in a digital manner without any physical interface, PM Modi said while launching the new tool. 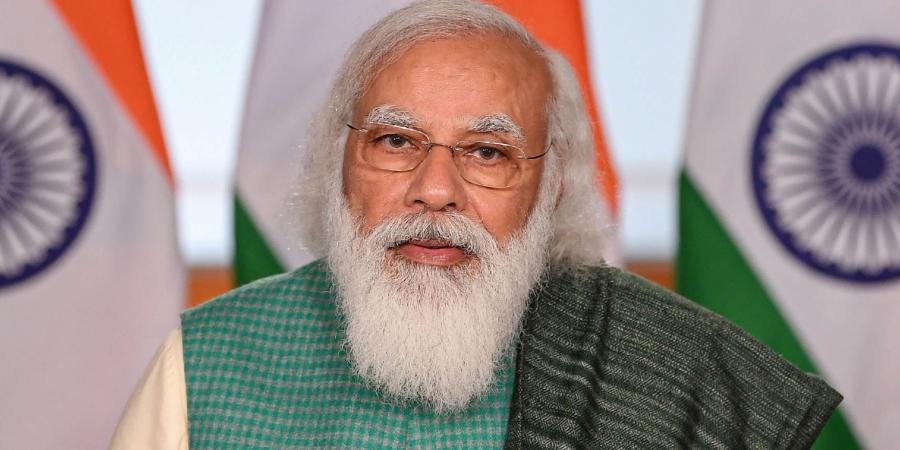 In a boost to digital currency in India, Prime Minister Narendra Modi on Monday announced the launch of a e-Rupi, a new cashless tool that can be used for digital payments.

The E-Rupi voucher can be used by the general population to access specific benefits like vaccination. Modi said that the mechanism will promote the leakage-free targeted delivery system to make sure that appropriate relief reaches the needy, be it from the government or from private donations.

Addressing the nation, Modi said that the e-RUPI voucher is another technological advancement that will add to the transparency and ensure that donations by private individuals are used for the intended purposes.

What is e-RUPI? Is It Just Another Virtual Currency?

The PM also informed that the use of technology to deliver cooking gas subsidies, ration money and other social security schemes directly to bank accounts of beneficiaries has helped the government save Rs 1.78 lakh crore so far by plugging pilferages and weeding out fake beneficiaries.

Recalling the importance of Direct Benefit Transfer (DBT) during the lockdown, he said the digital pipeline India laid with JAM (Jan Dhan, Aadhaar and Mobile) trinity was instrumental in the transfer of money into the accounts of crores of beneficiaries with a click of a button while developed nations across the world were doing it physically.

India has transferred about Rs 17.5 lakh crore directly in the accounts of beneficiaries so far, he said, adding 300 centrally-sponsored schemes are on-board on DBT platform.

"About 90 crore citizens in some way or the other are getting benefits like LPG subsidy transfer, pension, PM KISAN Yojana and scholarship through the platform...All these experiments have resulted in saving Rs 1.78 lakh crore of government money going to the wrong hands," he said.
Modi said the government has transferred Rs 1.35 lakh crore so far since the launch of PM Kisan Samman Nidhi (PM-KISAN) Yojana while Rs 85,000 crore was transferred directly to farmers against wheat procurement this year, he said.

India is showing the world today that they are second to none in adopting technology and connecting with it, he said. When it comes to innovations, the use of technology in service delivery, India has the ability to give global leadership along with big countries of the world, he added.

"Today the country is giving a new dimension to digital governance. e-RUPI voucher is going to play a huge role in making digital transactions, and DBT more effective. This will help everyone in targeted, transparent and leakage-free delivery," the Prime Minister said.
Not only the government, if any general organisation or organisation wants to help someone in their treatment, in their education or for any other work, then they will be able to give eRUPI instead of cash, he said.

This will ensure that the money given is used for the work intended, he said.

Stressing that e-RUPI, in a way, is person as well as purpose-specific, he said it is going to ensure that the purpose for which any help or benefit is being given is fulfilled.

"Earlier in our country some people used to say that technology is only for the rich, India is a poor country, so what is the use of technology for India? When our government used to talk about making technology a mission, many politicians, certain types of experts used to question it," he said.

"We are looking at technology as a tool to help the poor, a tool for their progress," he said while emphasizing the role of DBT transfer to targetted beneficiaries.

Citing the example of PM SVANidhi Yojana, he said, today, in small and big cities of the country, more than 23 lakh street vendors have been helped under this scheme. In this Corona period, he said, about Rs 2,300 crore has been given to them.

Over the years, several programmes have been launched to ensure that the benefits reach their intended beneficiaries in a targeted and leakproof manner, with limited touchpoints between the government and the beneficiary.

The concept of electronic vouchers takes forward this vision of good governance, he said.
e-RUPI is a cashless and contactless instrument for digital payment. It is a QR code or SMS string-based e-voucher, which is delivered to the mobile of the beneficiaries.

It has been developed by the National Payments Corporation of India on its UPI platform, in collaboration with the Department of Financial Services, Ministry of Health & Family Welfare and National Health Authority.

e-RUPI connects the sponsors of the services with the beneficiaries and service providers in a digital manner without any physical interface.

It is expected to be a revolutionary initiative in the direction of ensuring a leak-proof delivery of welfare services, he said.

To begin with e-RUPI facility is available for health services and will be expanded to other segments. It can also be used for delivering services under schemes meant for providing drugs and nutritional support, drugs & diagnostics under schemes like Ayushman Bharat Pradhan Mantri Jan Arogya Yojana, fertilizer subsidies etc.

The Prime Minister also urged the states to use e-voucher for better targetting of their schemes. Even the private sector can leverage these digital vouchers as part of their employee welfare and corporate social responsibility programmes, he said.