Rakesh Singh, accused by Pamela Goswami, of conspiracy is said to be an associate of BJP leader and Bengal minder Kailash Vijayvargiya. 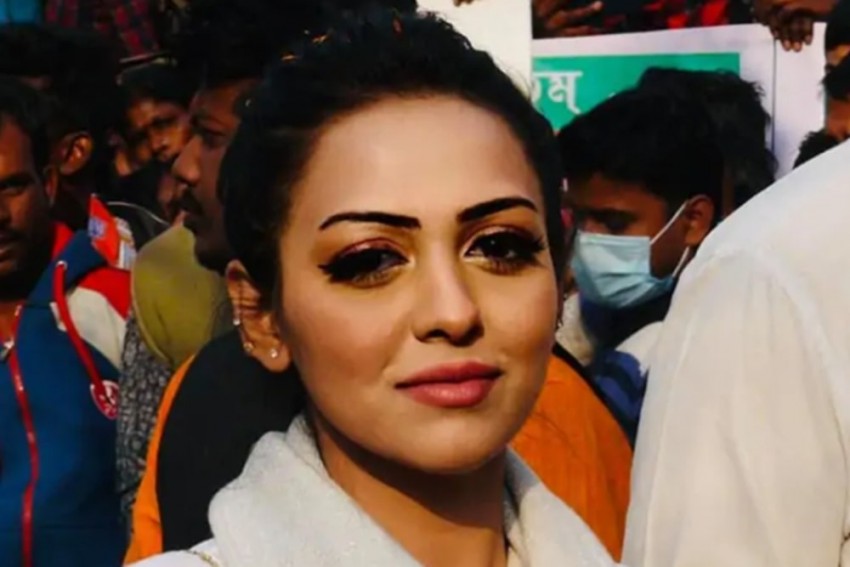 Pamela, who was arrested in a drugs case on Friday for possessing cocaine valued at Rs 10 lakh has also sought a CID probe into the matter.

Also Read| Who Is Pamela Goswami Arrested For Possessing Cocaine?

"I want a CID investigation. BJP's Rakesh Singh, the aide of Kailash Vijayvargiya, should be arrested. This is his conspiracy," Pamela told reporters while being taken to lock-up from a city court.

Pamela, the state secretary of Bharatiya Janata Yuva Morcha (BJYM), was arrested along with a friend, Pradip Kumar Dey, and her personal security guard from south Kolkata's New Alipore area on Friday after around 90 gm of cocaine vaued at lakhs of rupees was allegedly found from her handbag and car, according to police.

Singh, a BJP state committee member, alleged that the ruling Trinamool Congress and the Kolkata Police were conspiring against him and have "brainwashed" Goswami.

He said that he has not been in touch with Goswami for more than a year and was ready to face any investigation.

"If I am involved, they can call me or Kailash Vijayvargiya or Amit Shah. I think the police have brainwashed her. I am not in touch with Pamela for more than one-and-a half-years now," Singh told PTI.

"This can be that the Kolkata Police is following the Trinamool Congress's instructions. They are conspiring against me. These are baseless accusations and I am ready to face any challenge," he added.

The Trinamool Congress said that the whole episode portrays the "true character" of the BJP.

"Earlier, one of their leaders was arrested for involvement in child trafficking. Now another one is arrested in the drugs case. This only proves what the BJP and its leaders are up to," TMC's secretary-general and state minister Partha Chatterjee said.